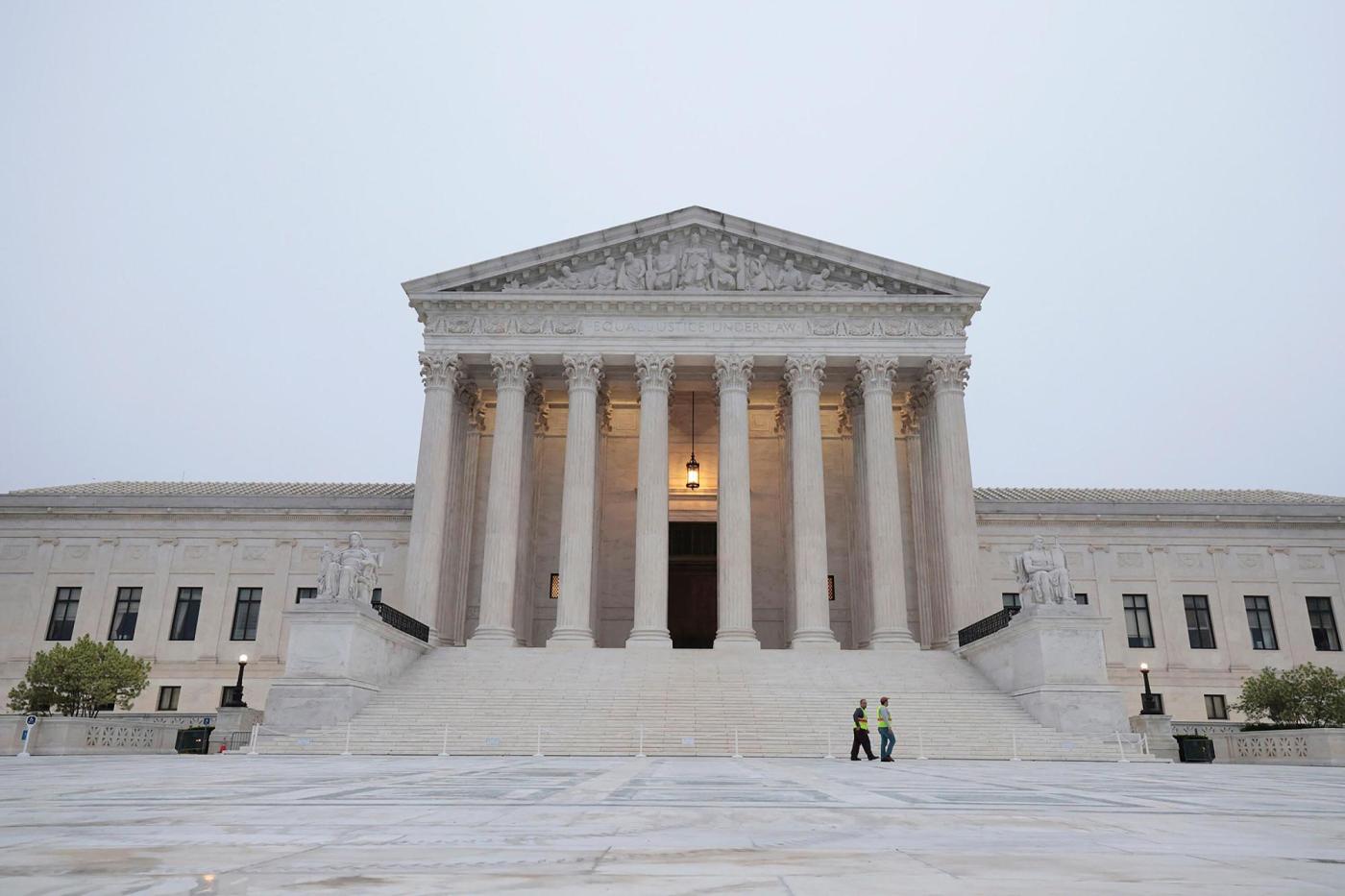 Re. “California needs to prepare to secede from nation,” Page A6, July 1:

Joe Mathews apparently does not understand our nation’s history,

Just because there are court rulings that go counter to his or the state’s feelings does not warrant secession.

They admitted that it was not perfect. But it was important to have one united nation to go forth, regardless of its blemishes, in the hopes that as we progressed we would create a better whole — as opposed to a fragmented mishmash.

We survived a brutal, divisive Civil War over slavery. We can certainly survive some controversial Supreme Court decisions without the juvenile attitude of “taking my ball and bat and going home.”

The high court is saying we are a republic and have checks and balances of the congressional, executive and judicial branches.

Column turns
to its own “big lie”

Re. “Ruinous court decision dismantles wall between church and state,” Page A6, June 23:

In his column on June 23, Erwin Chemerinsky decries public financial support to what he calls (four times) “religious education.”

Is he ignorant that such schools teach mathematics, history, science and language arts or is he just using the “big lie technique” of repeating a phrase enough times that it appears true?

Ruling is sending us
back to antebellum

The U.S. Supreme Court reversal of Roe v. Wade was a big win for Christian nationalists whose religion will take the country back to the antebellum period when states’ rights reigned supreme, women were denied the right to vote and privileged White slave masters owned their slaves and their women. It’s the same religion that believes in biblical subservience of women.

Justice Alito based his draft opinion on the neglected 14th Amendment — ruled by conservative courts into irrelevance soon after its adoption and further by the detestable Plessy v Ferguson opinion — and his outdated example of 30 states’ antiabortion laws passed in the 19th century, a time when contraception did not exist and women’s voices were not heard or ignored.

In Jay Morrett’s letter (“Constitutional right is of, not from, religion,” Page A6, July 6), he mentions that the Constitution protects freedom of religion, not from religion. However, part of that protection is that the state cannot endorse a specific religion.

He’s correct that people are allowed to pray in public (within other legal bounds, of course). However, the issue was that the football coach was acting as a staff member of a public school, and thereby part of the “state,” leading players in prayer.

The world has a terrible history of religious oppression, and that is why it is so important, above all, to protect the separation between church and state as much as possible. It may seem harmless now, but it may cause damage in the future.

Dilbert (Scott Adams) has hit rock bottom. It was getting worse and worse little by little when Elon Musk entered the scene and then the pharmacy episode; now he has exposed himself to be a full-grown Donald Trump lackey (Page B9, June 27).

If Mallard Fillmore wasn’t bad enough, we now have Scott Adams preaching the Trump rhetoric and lies. As much as I have enjoyed Dilbert in the past, the comic strip is now trash.

In time of distress,
let’s all come together

It is time to gather together as one nation under God, don’t you think?

Joe Biden and Kamala Harris inherited the Oval Office during the worst time in America since the Great Depression. Everything has slowed down to a crawl. Prices have shot through the roof on almost everything we buy, from food to gas to rent, etc.

President Biden and his cabinet have been trying to keep our nation together during this often confusing and upsetting time we are living in so please back off the man. He’s only human and doing his best to keep this country moving forward. Let’s gather together rather than be torn apart and show the world why we are America, the greatest nation in the world.