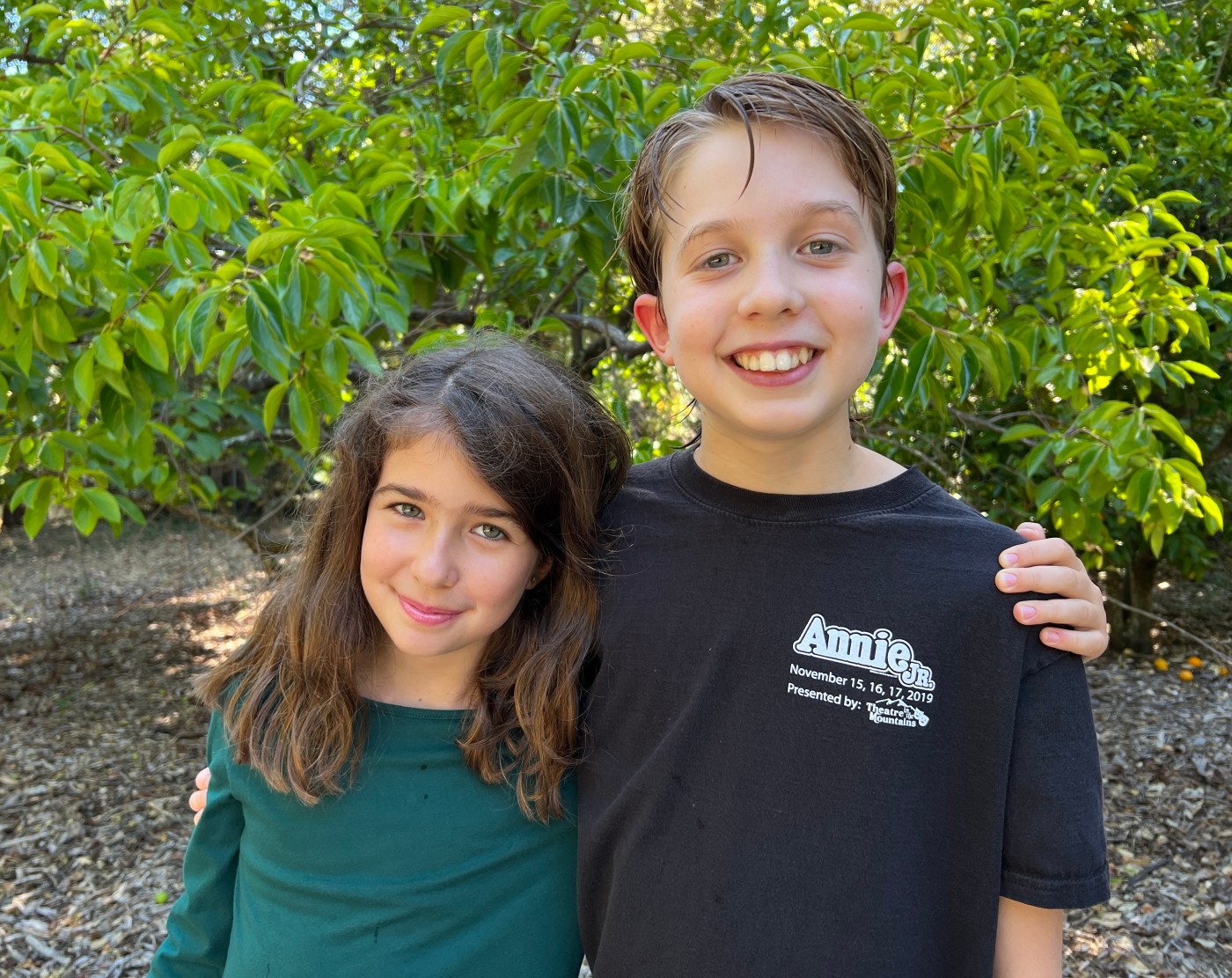 A Los Gatos brother and sister duo are taking the stage together in City Light Theater Company’s production of “Fun Home” this summer.

Eli Asheghian, 12, and his sister Emily, 10, are playing the siblings of lead character Alison Bechdel during flashback scenes.

“Fun Home” is a musical based on the graphic memoir by cartoonist Bechdel, and follows her coming to terms with father’s sudden death and her own sexuality.

“I love working with such a diverse cast, and it’s such a wonderful play with a good message. I’m really excited to do it,” Eli says.

Eli has been acting for the past six years and has performed in six plays so far. He plays Christian Bechdel, Alison’s older brother.

“I think Christian has a lot of pressure put on him by his dad to be more masculine…. because of the things his dad is struggling with,” Eli says. “He’s also there for comedic relief, and he’s also kind of innocent to what is going on in the family.”

Emily plays John Bechdel, the youngest of the Bechdel siblings.

“I think of him more as comedic relief; he’s kind of messing around with his siblings primarily,” Emily says. “I’m very excited. I’ve never done City Lights before, and I think it’s going to be very fun.”

Of the musical’s 5 1/2-week run, Emily says, “I’m definitely a little nervous; I’ve never done this many shows before!”

This is not the first time the siblings have performed in the same production. Eli and Emily were in “Seussical: The Musical” in May, although they agree that experience was almost like being in two separate plays.

“It didn’t make much difference in ‘Seussical’ because we had very different roles,” Eli says.

With “Fun Home,” he adds, “It is nice just to have a whole bunch of time to practice together and work on our acting skills together because we have similar parts; we’re in all the same scenes.”

Their mother, Erin Asheghian, says the fact that her kids are sharing stage time makes things “a little easier on the time schedule.”

While they’ve already built a strong resume of theater work, Eli and Emily say they don’t have any plans to pursue acting as a profession. Both see it as a fun hobby or activity.

“I think it’s exploring different personalities, and it often opens my understanding or I find it also helps me speak out,” Emily says.