Louisa May Alcott’s literary coming-of-age classic Little Women has been adapted into a gripping new K-Drama of the same name.

The novel has been televised and made into films over the decades since its publication in 1868 but this new South Korean drama is a first of it’s kind, re-imagined as a murder mystery that involves friction between classes.

The class divide is common theme among K-Dramas, but this re-telling skips the fairtytale fluff often woven into typical South Korean soap plots, and instead shows gritty scenes as the sisters navigate a rough terrain torn between family loyalty and their own desires.

The new series, directed by Kim Hee-won and available to watch on Netflix, has won praise from viewers who compared it to Oscar-winning film Parasite. 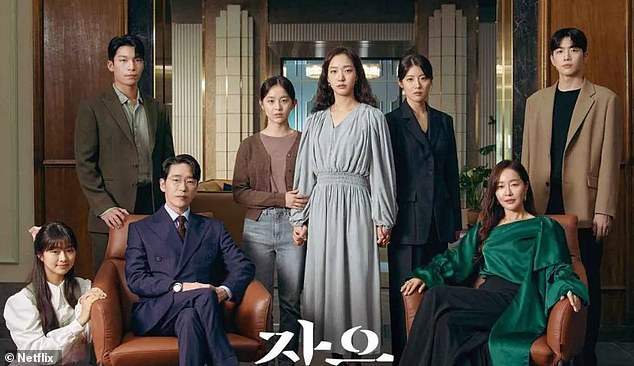 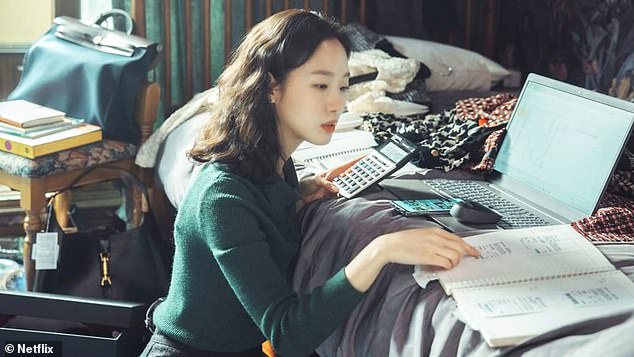 Echoes of Alcott: The female characters are very different from one another but can all be fit into a ‘type’ which is parallel with Alcott’s beloved March sisters Meg, Jo, Beth and Amy 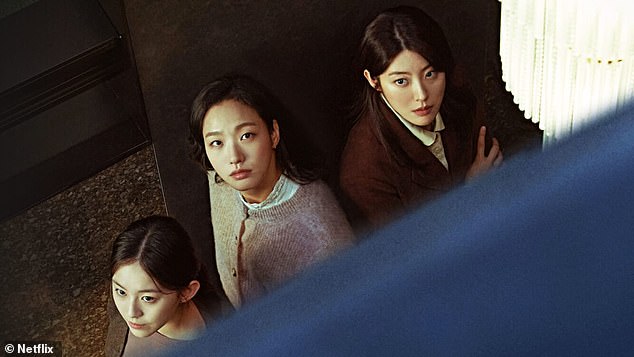 It premiered earlier this month on the streaming platform and a new episode will be released each week until October 9.

The new Little Women series is but one in a string of successful Netflix hits churned out by Korean producers that includes cult hit Squid Game (2021) and Romance is a Bonus Book (2019).

At the heart of Alcott’s novel are sisters, Meg the eldest who tries to take care of the home, Jo who is hot tempered and boyish, Beth who is gentle and sweet and Amy who is the youngest and is often described as vain.

The K-Drama deviates from the original text by portraying three sisters instead.

Kim Go Eun plays the role of elder sister Oh In-ju who, like Meg in the novels, has grown up taking care of the rest of the family. 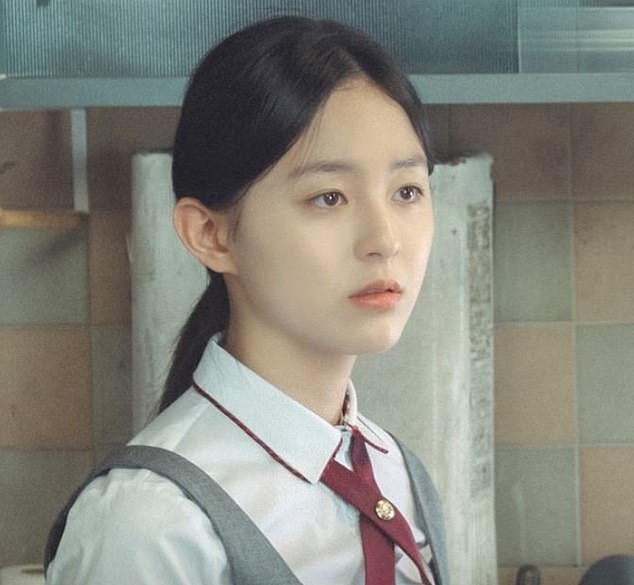 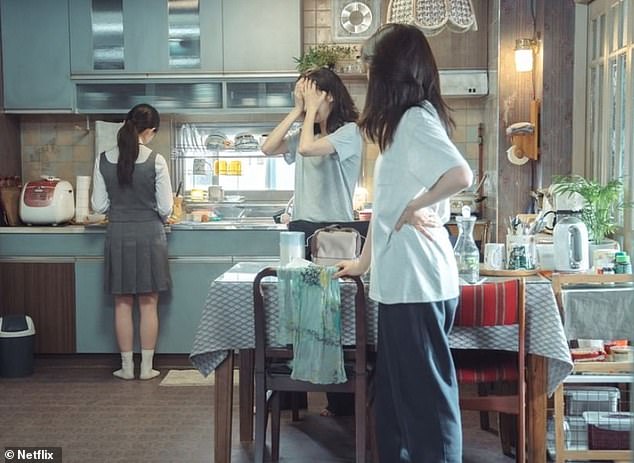 The three sisters Oh In-ju, Oh In-kyung and Oh In-kyung pictured as the ‘Little Women’ in their small kitchen as they live a life of poverty

The plot is a mix between a thriller and a stylish drama, with echoes of old age cinema harkening to the original novel.

The three sisters get entangled with an exceedingly wealthy family after being involved in a major crime case.

This sets them against the powerful, rich family as they struggle to discover the roots of the mystery.

The plot sees the siblings embroiled in a clash which sees them threatened, use guns, involve themselves in dangerous hacking and double agent plots to uncover the truth behind the wealthy family. 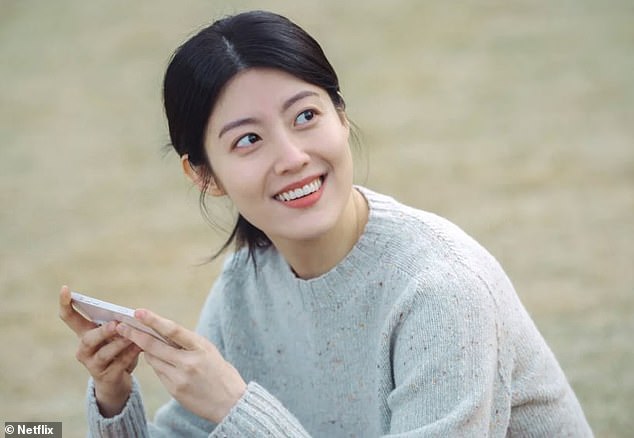 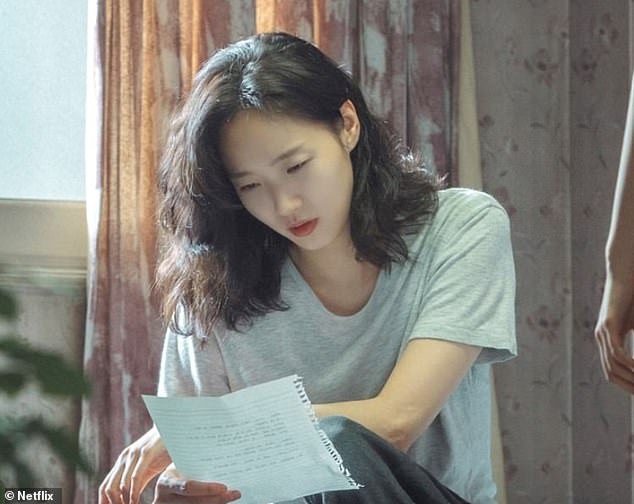 Grime and Glamour: The juxtaposition of poverty and wealth blend in a common theme threaded throughout Korean pop culture, where the two worlds typically collide on opposing sides of the fence

One Twitter user said: ‘It uses the theme “is it stealing if it’s already stolen?”

‘This is literally me watching this show without understanding anything.’

One user said the sisters are a ‘force to be reckoned with.’

The female lead series has been called ‘impactful’ – a Twitter using saying: ‘Little Women is the drama that I really wanted all this time. Written and directed by woman who giving us best lines, plot & amazing directing, with flawed women as main characters? EVEN THE MAIN VILLAIN IS A WOMAN. That’s so IMPACTFUL lets be honest.’ 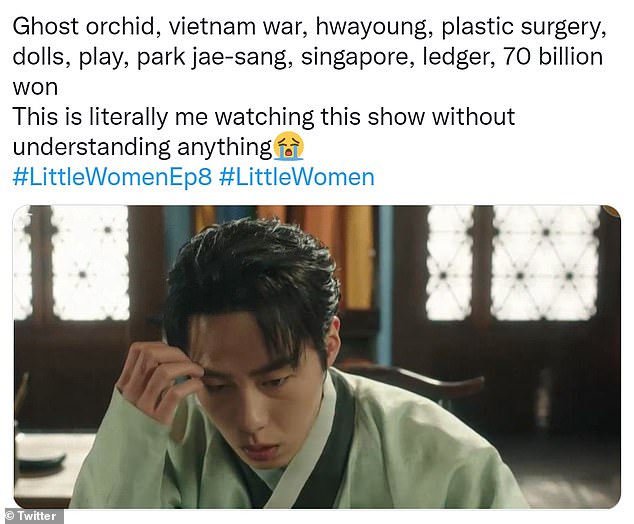 Fans took to Twitter to draw comparisons with the Korean Little Women series and 2019 film Parasite, but some say the complex plotlines were confusing