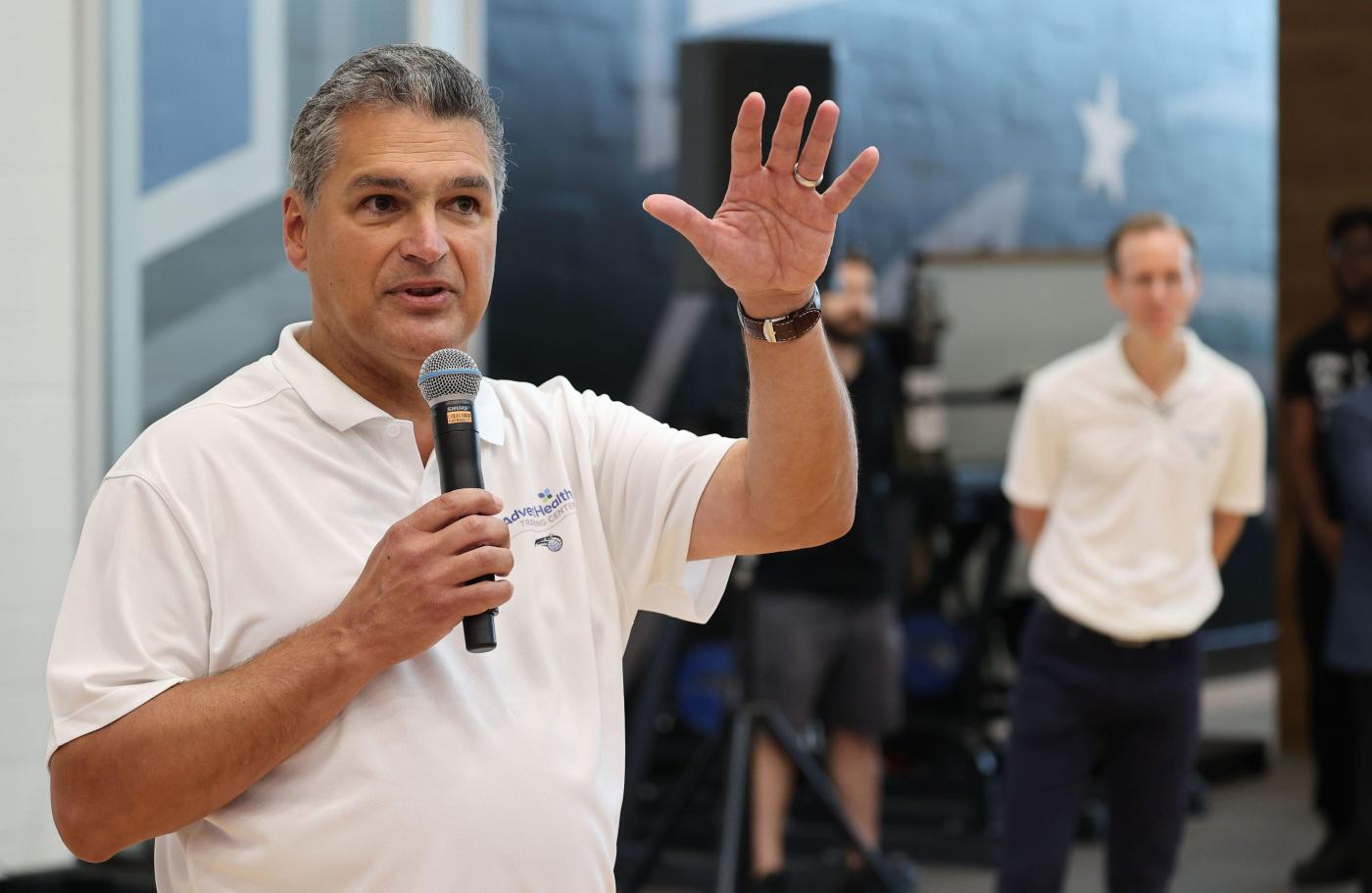 Alex Martins wears many hats when it comes to the sports landscape in Central Florida.

As CEO of the Orlando Magic, Martins has been responsible for the future of the NBA franchise. As chairman of UCF’s Board of Trustees, he has seen the school undergo tremendous growth, including an impending move to the Big 12 Conference in 2023.

But Martins came close to adding another title to his already impressive resume: Big 12 commissioner.

Martins was among a group of candidates to replace Bob Bowlsby, who announced his retirement after a decade in charge of the league in April.

“I was honored to be considered by the Big 12,” said Martins. “We had a couple of meetings with the board [of directors] and the presidents across the Big 12, but as I got through a couple of conversations, I just recognized that my job is not done here.”

Most recently, Martins has been responsible for completing the Magic’s new 130,000-square-foot state-of-the-art training facility — the AdventHealth Training Center — unveiled to the community Wednesday.

“We hadn’t completed this facility and we’ve been in the middle of this rebuilding program with the roster under [Magic President] Jeff [Weltman’s] leadership and I want to see that through,” he said. “I told ownership that there’s one other big project we’ve got to see come to fruition and that’s the Sports and Entertainment Complex. So, I felt like my work wasn’t done here.”

Martins withdrew his name for consideration and the job went to Brett Yormark.

Yormark previously worked in the sports and entertainment industry as president and CEO of Brooklyn Sports & Entertainment Global, which managed the NBA’s Brooklyn Nets.

“He’s an incredible marketer and a great people person,” said Martins, who considers Yormark a good friend. “He develops great relationships and there’s no doubt in my mind that he’s going to do a great job.”

One of the first challenges facing Yormark is negotiating a new media rights deal for the Big 12. The league announced it was entering into discussions with ESPN and FOX to explore an accelerated extension of its current 12-year deal, which expires on June 30, 2025.

“He’s got experience having done it on the team side and we’ve all been involved in multiple media rights negotiations for our league,” said Martins. “He’s well prepared to do it and will do a great job.”

As the Magic open new facilities, UCF athletics continues to move forward on a proposed plan to upgrade its athletics village, including expanding FBC Mortage Stadium. The project could cost upwards of $125 million and help the school stay competitive as it moves into the Big 12 on July 1.

Martins credits the leadership at UCF, from school president Alexander Cartwright to athletics director Terry Mohajir and football coach Gus Malzahn for their vision of the future, including fundraising efforts to ensure the future of the proposed projects.

This article first appeared on OrlandoSentinel.com. Email Matt Murschel at mmurschel@orlandosentinel.com or follow him on Twitter at @osmattmurschel.