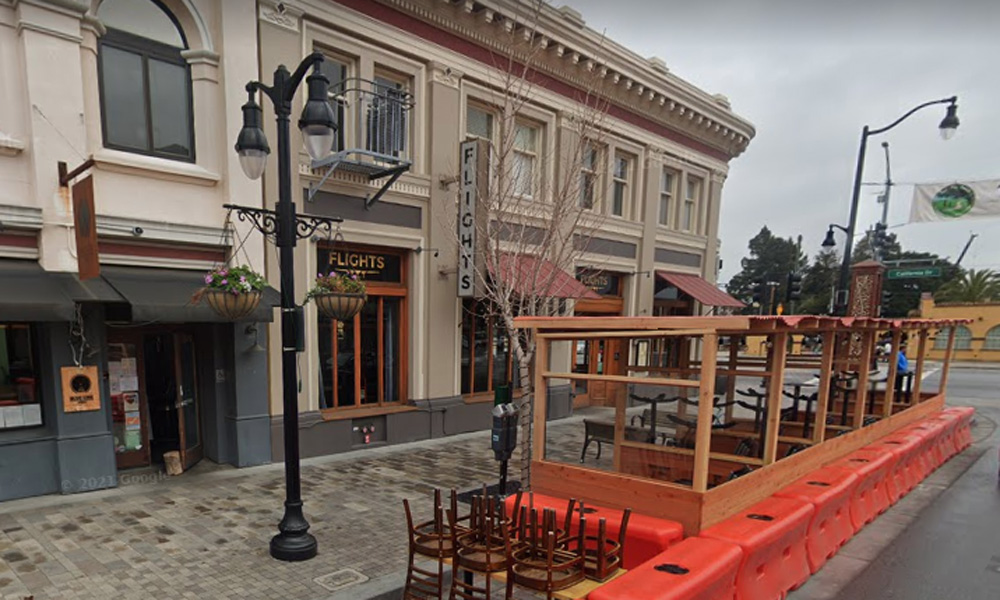 A man who threatened a family wearing “Black Lives Matter” T-shirts at a Burlingame restaurant was given 60 days in jail and two years of supervised probation for a felony hate crime, the San Mateo County District Attorney’s Office announced.

Steven L. Cibotti, 56, of San Francisco, was at Flights restaurant on June 7, 2020, when he approached the family — a couple with children ages 7, 5 and 2. They had just participated in a Black Lives Matter march and were wearing T-shirts with that phrase.

Cibotti, who was allegedly intoxicated, slammed his hands on the family’s table and yelled, “Blue lives matter!” The father told Cibotti that he could not talk to them like that; Cibotti then allegedly yelled, “F— you, if I had a gun, I would shoot all of you.” He reportedly also called the mother an insulting name.

He was arrested after an 11-day investigation. At that time, his attorney told TV station ABC7 that her client had recently been fired from his job with United Airlines and drank too much while dining with his family at Flights.

Cibotti pleaded no contest to a felony hate crime by means of felony threats and was given a suspended sentence of two years’ supervised probation, 60 days in jail with one day credit for time served, and 120 hours of public service.

He must also abstain from alcohol and controlled substances including marijuana, be subject to search and seizure, not be in possession of any weapons or ammunition, and has a no-contact order with the victims.