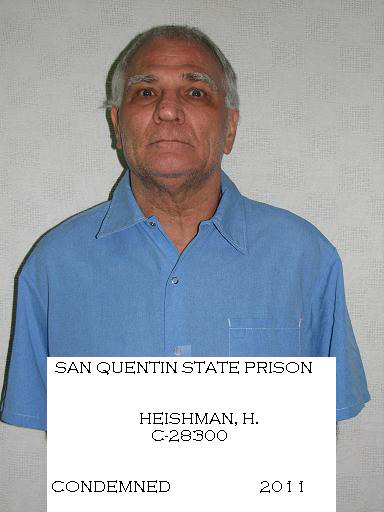 A death row inmate convicted of killing an Oakland secretary more than 40 years ago in a bid to keep her from testifying at his rape trial died on Tuesday, the California Department of Corrections and Rehabilitation announced.

Harvey L. Heishman III, 74, died at San Quentin State Prison, where he had been housed while awaiting execution for the November 1980 slaying of Nancy Lugassy, 28. Few details of his death have been released; it remains under investigation by the Marin County coroner’s office.

Heishman had been on death row since 1981, when he was sentenced to die in Alameda County.

He had been convicted of fatally shooting Lugassy outside her Lake Merritt studio apartment — a killing that came as Lugassy, a legal secretary at the time, planned to testify that Heishman had raped her months earlier, various news outlets reported at the time.

In 1988, the California Supreme Court upheld his death sentence in a 6-1 ruling, rejecting concerns that his trial judge failed to state his reasons for upholding the jury’s finding that he be executed, as was required by law, the L.A. Times reported.