Many Bay Area school board meetings are back in person, but not all are allowing parents to participate remotely – The Mercury News 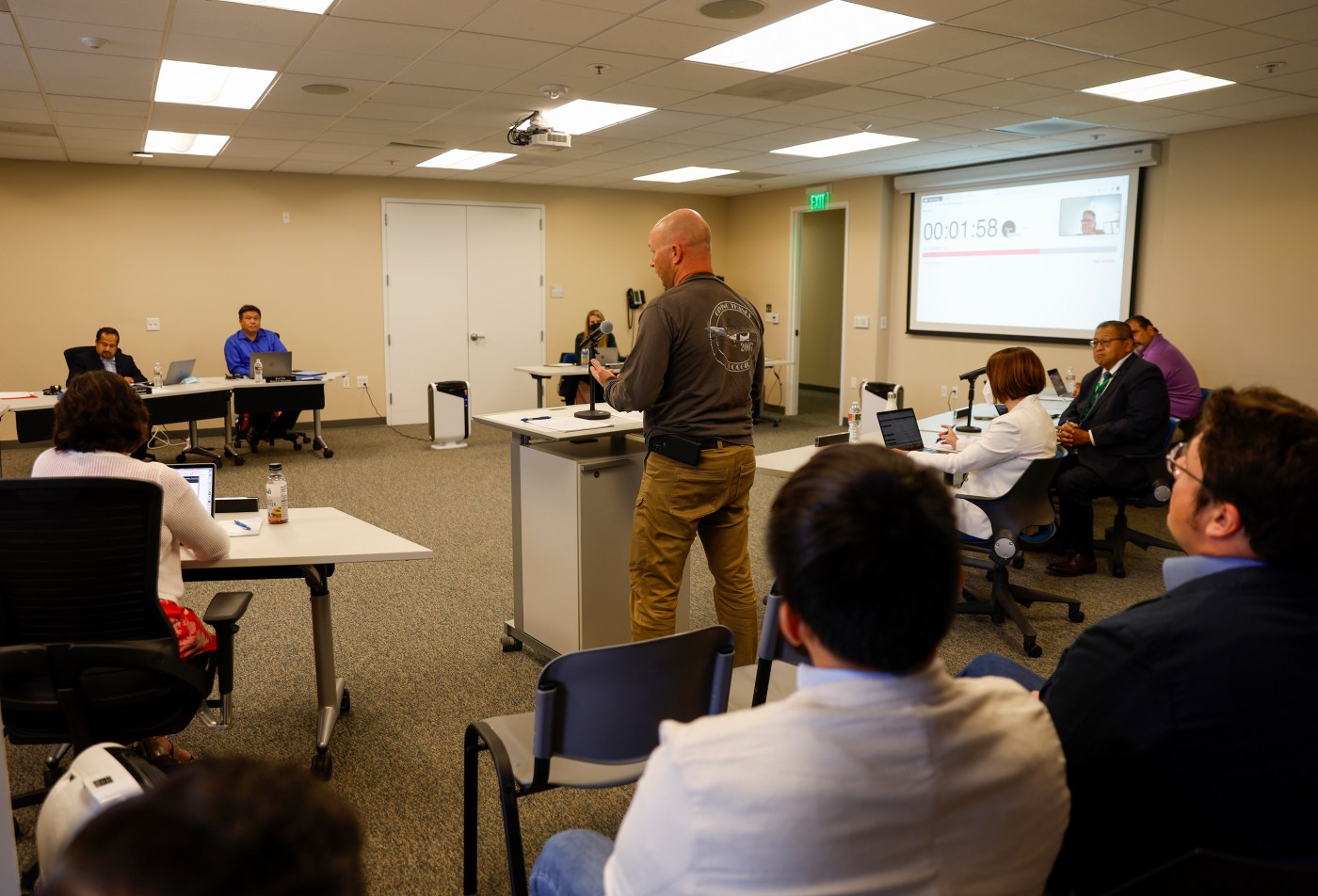 It wasn’t until the pandemic that Val Ryabov started tuning into Cupertino Union School District board meetings, waiting online for hours to deliver less than three minutes of remarks as he and other parents fought to ensure the district returned to in-person learning.

Despite having a 12-year-old son who has been in CUSD schools since kindergarten, Ryabov hadn’t attended the twice-a-month board meetings that ran late into the evening at the district’s Sunnyvale headquarters.

But the pandemic changed the landscape for public meetings, sending them to Zoom in 2020 and allowing parents and residents to dial in to provide public comment from their homes for the very first time.

As the Bay Area continues to find its way through a new normal with waves of Covid surges, many local governments have once again started meeting in person, with some still allowing people to participate remotely and some not.

That was the case at CUSD until July 20, when parents discovered they had to attend meetings in person to speak to the board. Backlash from parents ensued and on Aug. 2, the district reversed course and brought back the option to comment virtually.

Prior to the Aug. 2 decision, Ryabov, who also has a 2-year-old, said the impact would be “tremendous.”

“If I’m dialed in, I can take care of my 2-year-old, I can spend time with my 12-year-old, I can do a lot of things while being dialed in and listening in and waiting for my turn to speak,” he said of remote participation.  “If I have to attend in person, it all falls on my wife.”

After initially saying the district was focused on going back to its “pre-pandemic ways,” district spokesperson Erin Lindsey said they reversed course because they “heard from stakeholders that virtual comments would allow for greater engagement, something CUSD values.”

Earlier this year, the Palo Alto Unified School District was in a similar situation as CUSD and halted remote public comment. But after parent complaints, the school board decided to accept remote comments in the new school year.

Some of the Bay Area’s largest school districts have returned to their pre-pandemic ways in the last year, however, with no sign of going back to a hybrid model.

Oakland Unified, San Francisco Unified and Santa Clara Unified school districts still allow parents to call in from home and according to the district spokespeople, there are no plans to change that at this time.

CUSD parent Ivan Kuznetsov, who has one son in the district, said the remote commenting option is especially important for immigrant parents like himself.

“Not everyone is comfortable with expressing their opinions and speaking truth to the power,” he said. “And setting this example, this visible example where people see that hey it’s okay to make public comment and other parents just like myself are doing that.  That definitely encourages other people to speak up who otherwise wouldn’t even know somebody is sending emails.”

Assemblymember Alex Lee (D-San Jose) called remote public comment one of the “silver linings” of the pandemic. The first-term legislator has introduced two different bills — both of which were unsuccessful — dealing with remote access and the live-streaming of local government meetings.

“That’s why it’s important to continue to have that or else the only people that get a say are truly the people who are physically present in the room,” he said. “That’s why when school districts or city councils remove public comment options, I really think we’re taking some serious steps backwards and we’re not learning from the pandemic at all.”

Moving forward, groups like Catalyze SV, a nonprofit focused on community engagement, recommend that local agencies continue to operate in hybrid formats “to ensure that no community is left behind on critical conversations,” Community Engagement Manager Rocio Molina said.

“At this point in time,” she added,” flexibility and adaptability are the name of the game when it comes to community engagement.”