Mary Fitzgerald was spotted wearing an eye-catching outfit as she enjoyed an afternoon outing in West Hollywood earlier on Saturday.

The star, 42, was decked out in green as she ran a few weekend errands in the cooler California weather.

The talented real estate agent is known for her role in the hit Netflix reality series, Selling Sunset, which has been renewed for both a sixth and seventh season. 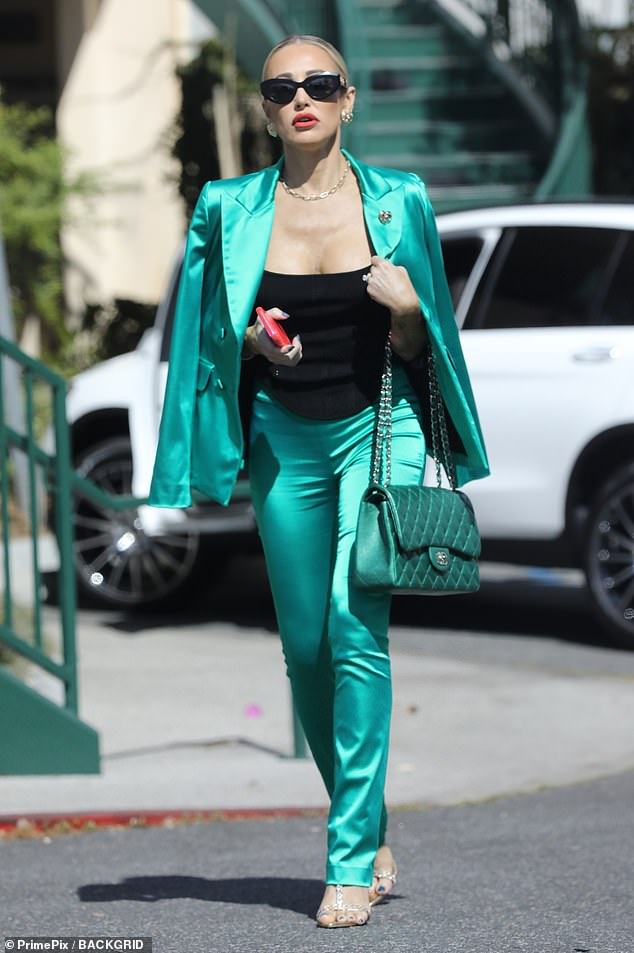 Stunning: Mary Fitzgerald, 42, was spotted in a green ensemble as she ran a few errands in West Hollywood earlier on Saturday

The businesswoman opted for a pop of color, and draped a satin green blazer over her shoulders which was adorned with a glittering brooch on the left side.

She slipped into a pair of matching green pants along with a black, form-fitting top. Mary was seen carrying a green Chanel purse in the crook of her elbow as she crossed a busy street.

The beauty added a pair of gold, open-toed strappy heels to complete her overall ensemble for her daytime outing.

The real estate star had her blonde hair parted in the middle, and pulled back into a sleek bun to keep any loose strands from falling into her face. 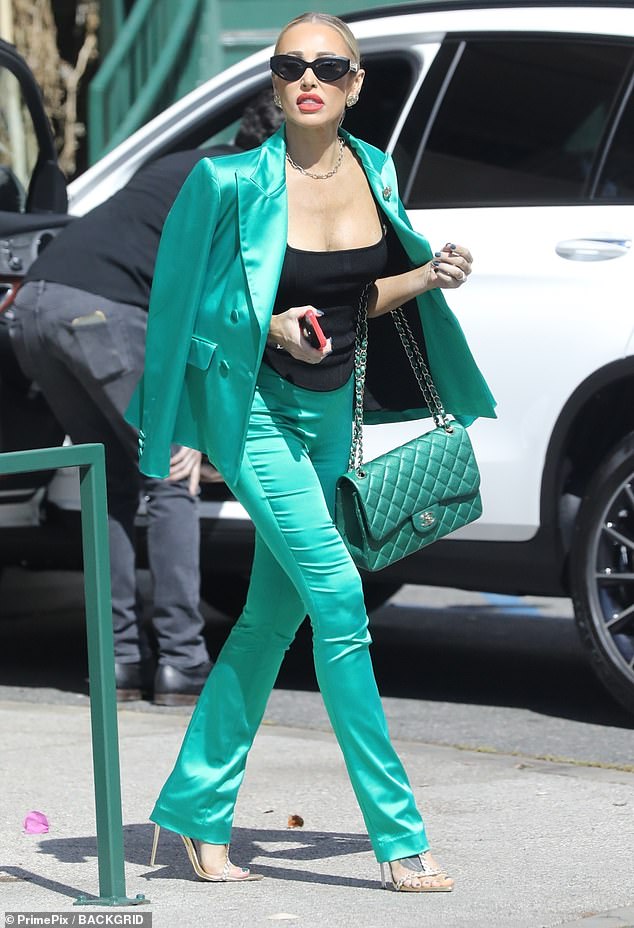 On-the-go: The reality star was business chic in a vibrant green blazer and matching pants during her weekend outing in West Hollywood

To accessorize her look, Mary added a gold-chained necklace along with a pair of gold earrings.

She threw on a pair of black sunglasses to protect her eyes as she strolled under the bright sunshine.

For an additional pop of color, the TV personality wore a coral-colored lipstick for her makeup look.

The beauty appeared to be busy as she quickly stepped out to run an errand in the glamorous Hollywood area.

Filming for the sixth season of Selling Sunset began a few months earlier in August, and Mary has also been spotted shooting scenes for the show around the Los Angeles area. 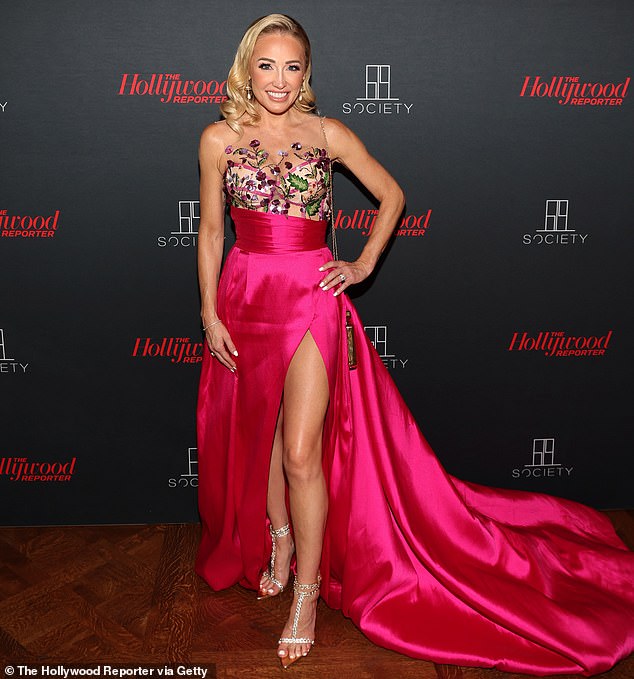 Stylish: The TV personality often turns heads in her fashionable and colorful ensembles for both her street style or when attending special events; seen in September in LA 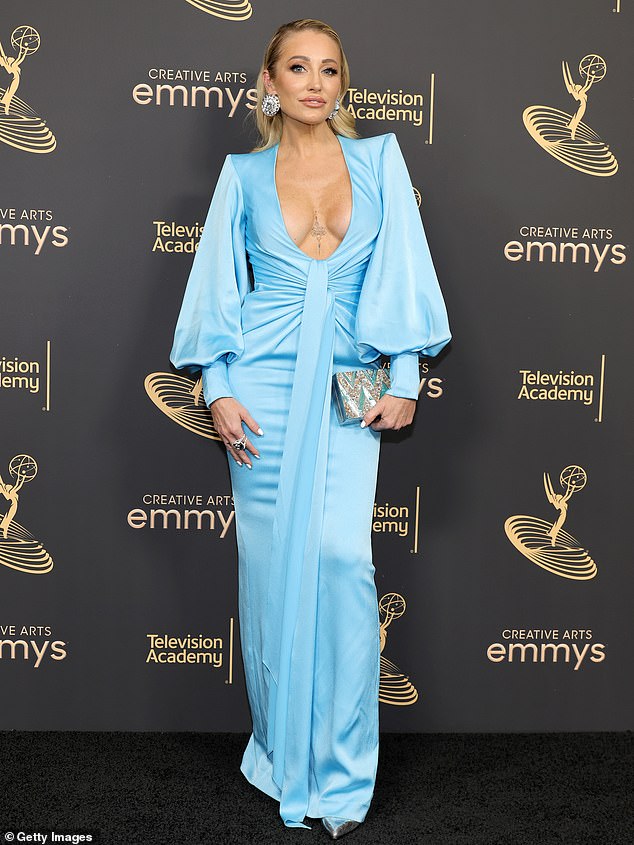 During an interview with Page Six earlier this year in April, Mary opened up about her style choices in her daily life and on Selling Sunset.

‘I actually decide what to wear based on where it is and what the clientele is,’ the star explained, referencing to choosing what outfits to wear on the Netflix show.

‘If it’s in the Hollywood Hills, you can be more funky or more casual, but if you’re in Bel Air or if the clients are older, then I try to be more conservative,’ she explained.

When talking to Us Weekly about how her personal fashion sense has evolved over the years, Mary expressed, ‘I think now, I’m trying to step it up a little bit.’

‘It’s fun to get dressed up. It’s fun to try new styles and kind of branch out. I’ve done stuff with my hair that’s different a couple of times. I kind of play with new looks. And that’s so much fun for me.’ 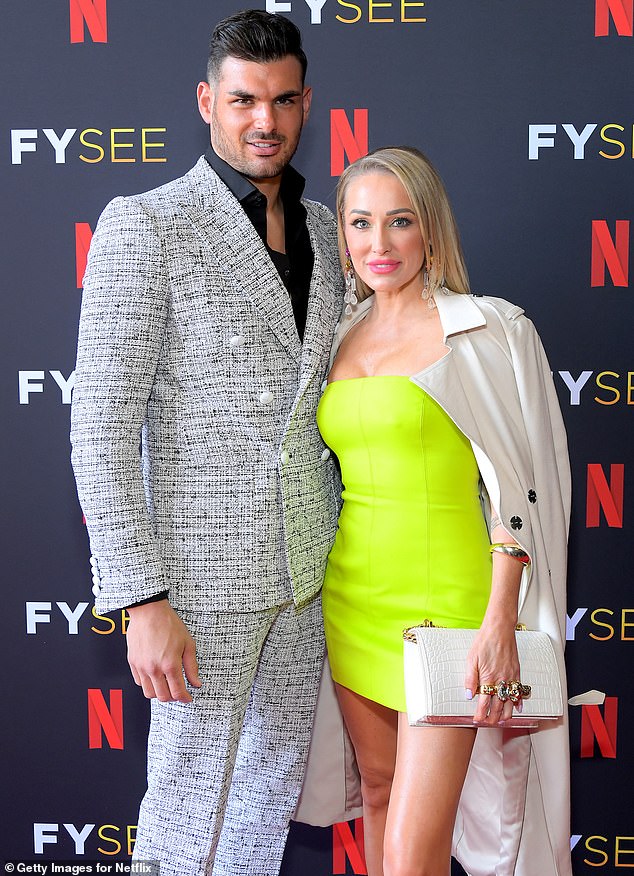 Happy: Mary was pictured with her husband, Romain Bonnet, earlier in May, and the two have been seen together on the Netflix series 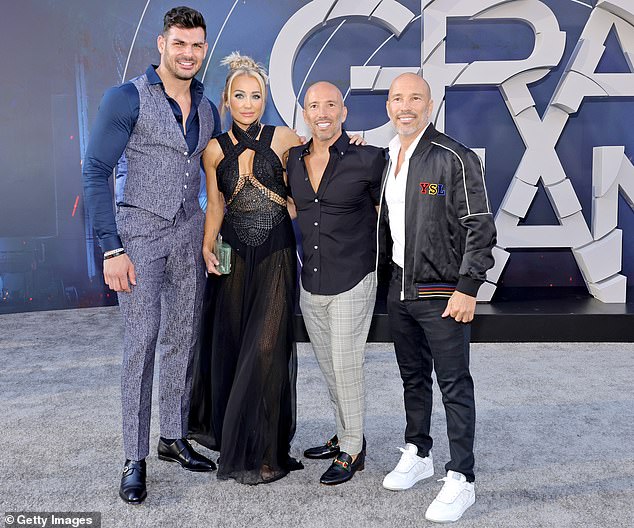 Group photo: Mary, her husband Romain, Jason and Brett Oppenheim were pictured together at The Gray Man premiere in July in Hollywood

Selling Sunset follows The Oppenheim Group, a real estate brokerage located in Los Angeles, which is run by brothers Jason and Brett Oppenheim. Some of the series regulars include the two brothers, Mary, Chrishell Stause, and Heather Rae El Moussa.

Christine Quinn, another series regular, will not be returning to the show, due to various reasons, such as helping her husband, Christian, launch his cryptocurrency real estate company called RealOpen.

‘I terminated my contract when the brokerage launched,’ Christine informed People. ‘I had to make a business decision that was for me, so I had to terminate the contract so I could move it over to my brokerage.’

According to TMZ, sources informed the entertainment tabloid that she has also signed with top modeling agency, IMG Models, and has been working more seriously in the industry.

Another star who will not be returning for the sixth season is Maya Vander. In past seasons, she had been juggling time both in Los Angeles and Miami, which became too difficult.

With production still in the process, a set release date for the upcoming season of Selling Sunset has yet to be confirmed. 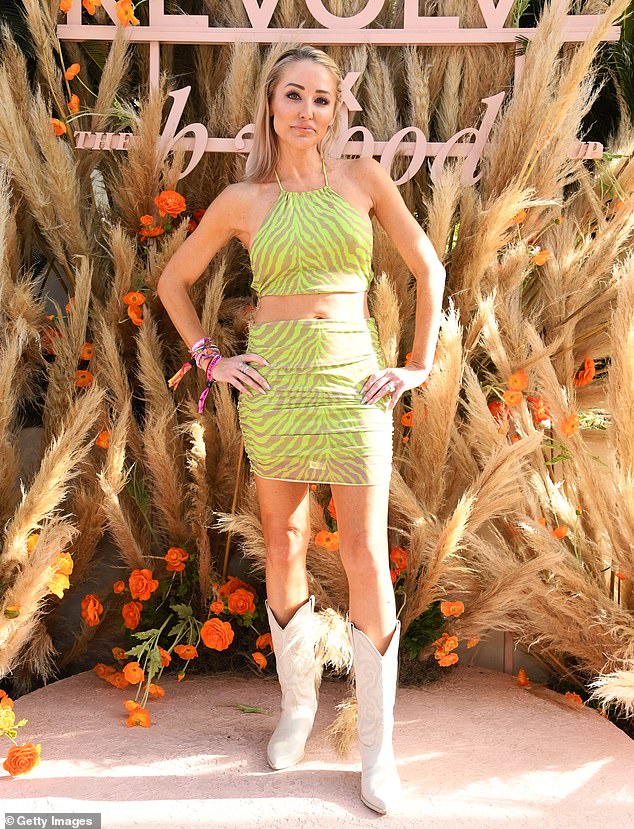 Recurring cast: Mary will remain as a main cast member in the upcoming seasons of Selling Sunset; seen in April in La Quinta, California