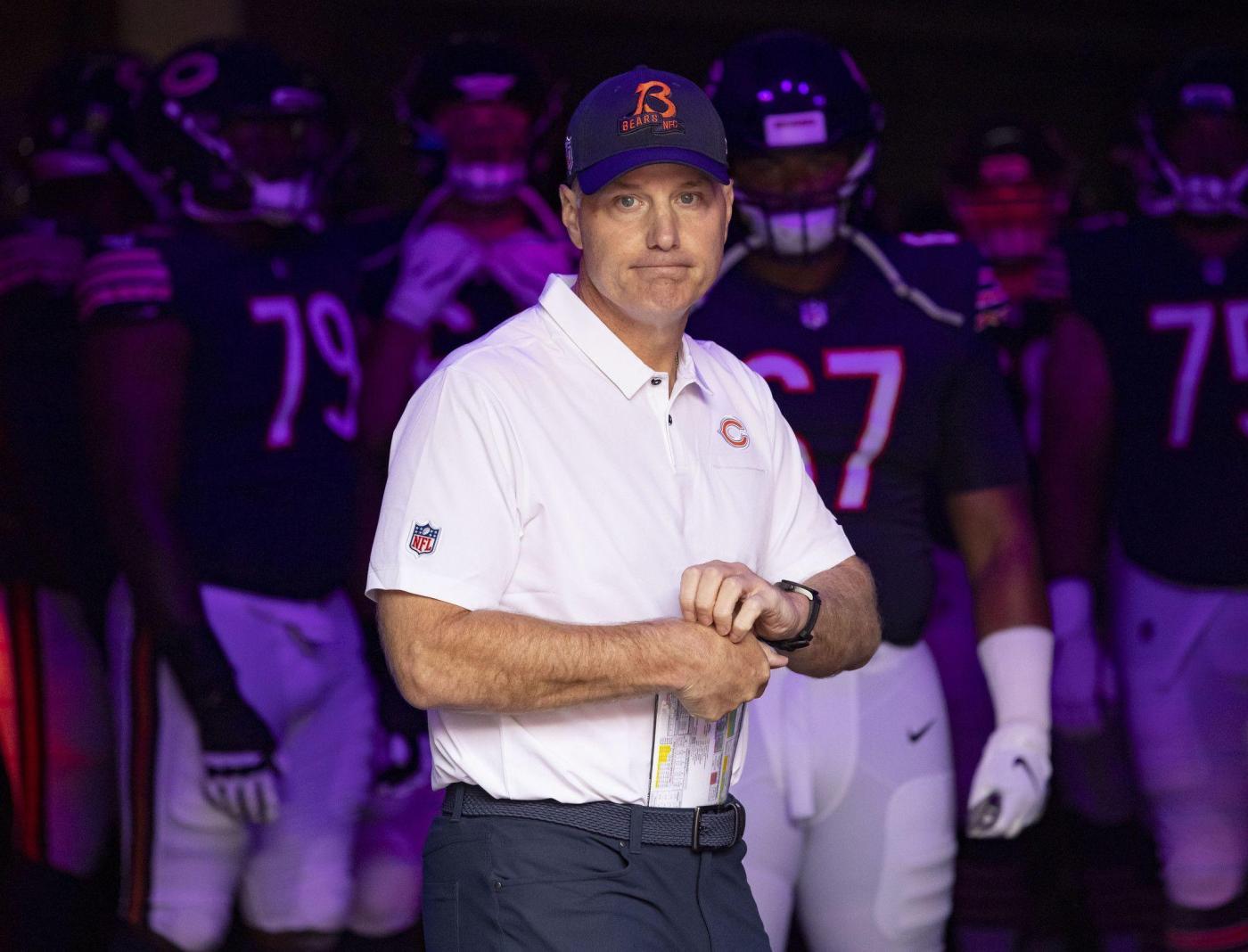 No disrespect intended for the San Francisco 49ers, but Matt Eberflus said the message he’s preparing for his players prior to Sunday’s season opener at Soldier Field — his first as an NFL head coach — is going to be about his team.

The 49ers reached the NFC championship game last season and have top-level talent at most positions, but Saturday night’s team meeting is going to be centered on the program the Bears are working to put in place with a new roster, coaching staff and front office.

“To me, it’s about us,” Eberflus said. “It’s about what we’ve done to this point and we’re really going to focus on us. I know you obviously have to focus on the great players that San Francisco has and how you are going to limit them and do the best you can that way, but this all comes down to us.”

Season openers haven’t been particularly kind to first-year Bears coaches. Mike Ditka’s run began 40 years ago in 1982 and six others followed him before the arrival of Eberflus — Dave Wannstedt, Dick Jauron, Lovie Smith, Marc Trestman, John Fox and Matt Nagy. Including Ditka, only two of the seven won their debuts — Trestman in 2013 against the Cincinnati Bengals and Jauron in 1999 against the Kansas City Chiefs.

“I feel we’re in a good spot,” Eberflus said. “We’ve built a lot of good things over the course of these seven months. We’re in a good place. Our foundation is starting to settle in and, of course, that’s going to take a while. You don’t just build a foundation and start building on top of it right away. We are still building a foundation and we’re going to put it on display on Sunday.”

Rookie wide receiver Velus Jones Jr. is not expected to play. He was listed on the injury report as doubtful with a hamstring injury and was held out of practice Friday for the third consecutive day.

Jones participated Monday but has been in and out of action for the last several weeks, and Eberflus indicated this is the same issue that marred the rookie’s camp experience.

Jones had a 48-yard punt return in the second preseason game Aug. 18 at Seattle but didn’t play in the exhibition finale at Cleveland.

“We’re getting close with it,” Eberflus said. “I think it’s going to be good here soon.”

Eberflus didn’t want to talk about special teams roles, but wide receiver Dante Pettis is the leading candidate to handle punt returns and running back Khalil Herbert is the likely kickoff returner.

The 49ers could be without tight end George Kittle, who has been sidelined this week with a groin injury. Kittle was on injured reserve with a calf issue when the teams played last season. He has nine catches for 94 yards and no touchdowns in two career games against the Bears.