Max Scherzer exits after just five innings with ‘fatigue,’ Mets go on to lose to Nats 7-1 – The Mercury News 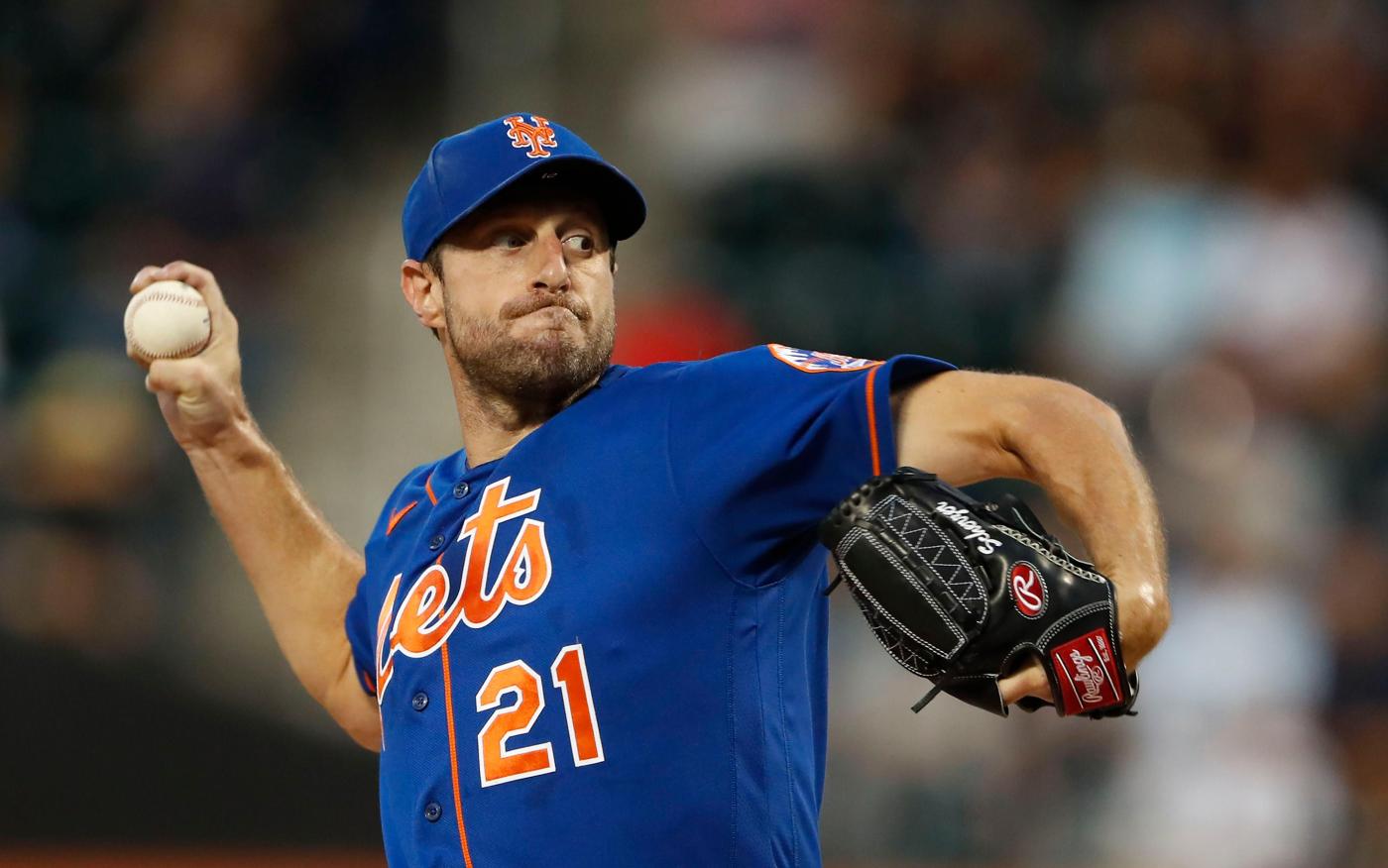 On paper, this shouldn’t have been a fair fight.

But instead of celebrating career win No. 200 for Max Scherzer — this one coming against his former club, and recent Mets punching bag — Buck Showalter watched as his co-ace leave the game after just five innings and 67 pitches.

Pitching coach Jeremy Hefner followed the 38-year-old righty towards the clubhouse after the three-time Cy Young winner made his way down the tunnel.

The team later announced that Scherzer left with “fatigue on the left side.”

After the game, Showalter downplayed any concerns and said Scherzer “probably could’ve continued to pitch, but didn’t think it was a good idea.” The manager said he expects him to make his next start.

“I just had to play it smart,” Scherzer told reporters after saying he felt general fatigue on his left side. He called it a precautionary move. “Nothing tightened up.”

“I started feeling the fatigue about the fourth inning. It wasn’t going away.”

When asked if he was concerned, he simply said: “No.”

Scherzer was locked in a pitcher’s duel with struggling lefty Patrick Corbin when he exited with the game deadlocked at a run apiece.

His final line on the night was one earned run allowed — a first-inning solo homer by Luis Garcia — on three hits with five strikeouts and a walk.

Adam Ottavino, the third reliever to follow Scherzer, coughed up a homer to Lane Thomas on an 80 mph slider in the 8th inning and then things fell apart in the 9th as the Mets (85-49) saw their three-game winning streak snapped with a 7-1 loss at Citi Field.

Now Scherzer’s health is the biggest concern with the Mets trying to hold off the surging Atlanta Braves in the NL East in the final full month of the season.

Scherzer already missed roughly seven weeks of the season after he landed on the injured list with a left oblique strain suffered during his May 18 start against the Cardinals at Citi Field.

Corbin, who came into the game with a 6.28 ERA and a league-worst 17 losses for the basement-dwelling Nationals (46-87), looked like the former All-Star who helped Washington to the 2019 World Series crown. He gave up just one run on three hits with five strikeouts over seven innings.

The Mets came into Saturday night’s game having won 11 of the first 14 against the Nats this season, including the first four in Flushing.