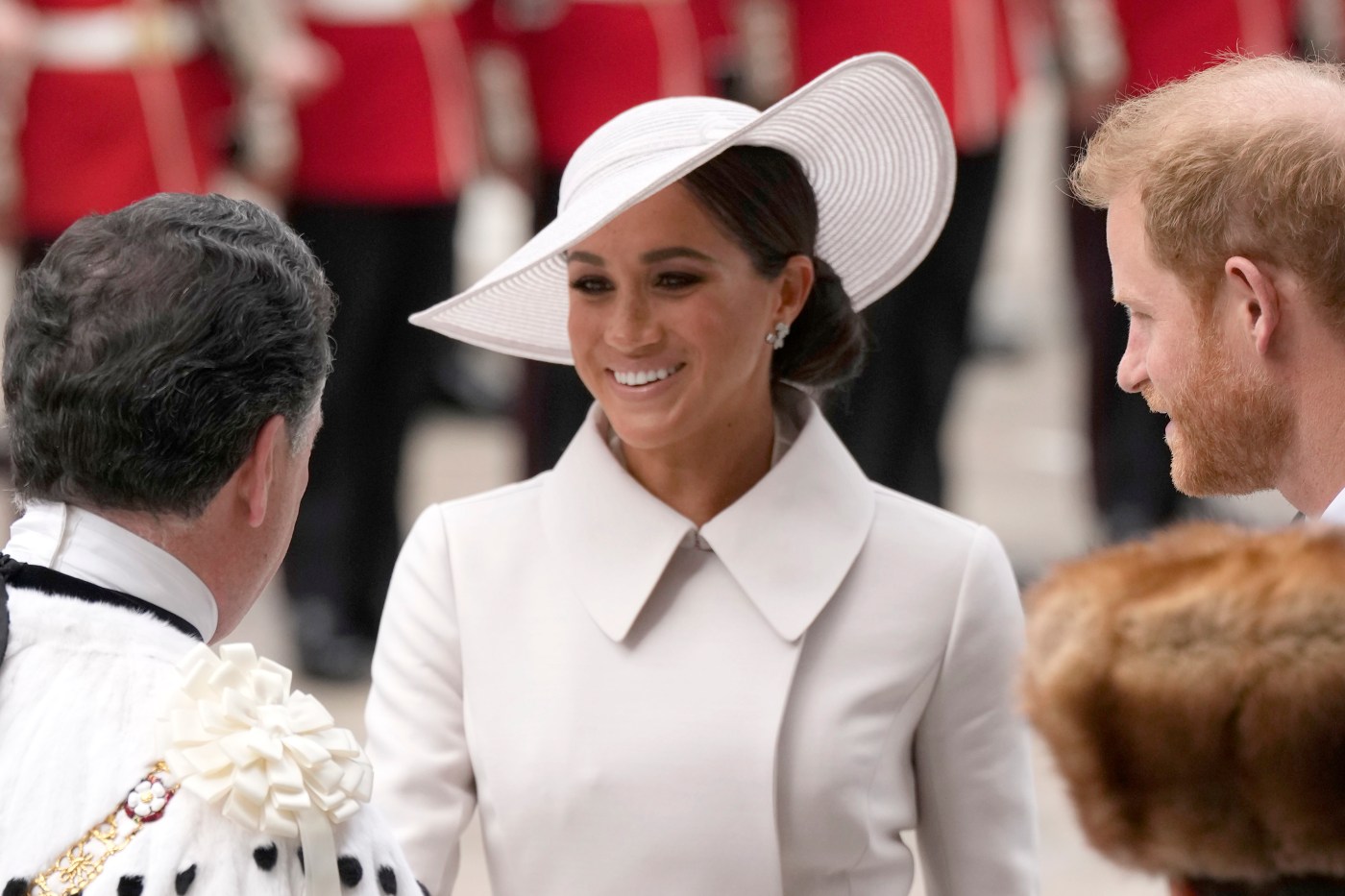 With the launch of her long-awaited Spotify podcast and a splashy new profile in New York magazine, Meghan Markle has burst back into public view in a way that says she’s finally ready to define her post-royal persona.

But what that persona is, and how much Meghan is ready to redefine herself is uncertain as she continues to tell stories about the “hardships” she endured as a member of the British royal family and “turn it into content,” as New York magazine’s The Cut reports.

Questions continue to percolate around Meghan and Prince Harry as they have finally started to deliver on their multimillion-dollar “vanity” deals with Spotify and Netflix.

If nothing else, Meghan has reportedly put considerable effort, “caution” or even “fear” into trying to work out her post-“Megxit” persona, to the extent that it reportedly became hard for her and Harry to initiate projects after they signed their lucrative Spotify and Netflix deals in 2020, according to a report in The Ankler, an entertainment industry newsletter.

The former TV actress carefully curated her brand before she met Harry, using her Instagram posts and her Goop-esque lifestyle blog, The Tig. Now, Meghan finds herself “trying to define what her post-Royal, post-working-actress brand actually is,” Ankler writer Nicole LaPorte said.

“She’s terrified of making a decision because she’s so concerned about her image, and so they can’t pull the trigger on anything,” a source, who has spoken with Archewell about its content strategy, told LaPorte.

“She wants to be seen as this world leader but they don’t have any strong ideas,” the source added.

A source close to Meghan disputed this characterization to LaPorte, saying, “I would say ‘thoughtful’ and ‘cautious’ may be better words than ‘fear.’ Leading by her truth is always her North Star.”

LaPorte reported that Meghan and Harry indeed want to be seen as Davos-style global ambassadors. Meanwhile, New York magazine’s “Meghan of Montecito” profile offered a slightly different take on the Duchess of Sussex, describing her as “a millennial woman whose feminism was forged in the girlboss era” and who is ready to fling open “the proverbial doors to her life.”

Meghan may only fling open those doors in the most carefully crafted ways, as the profile described, starting with setting the scene for her interview with writer Allison P. Davis.

The setting. was “a beautiful sitting room” in Harry and Meghan’s “beautiful” Montecito estate, Davis wrote.

“Meghan, relaxing in a cozy chair, gazes over all that is climate-controlled and high-ceilinged and sun-dappled and perfectly marshmallowy,” Davis wrote. “An invisible hand has lit a Soho House–branded rose-water candle, and that scent fills the air, mingling with the gentle tones of a flamenco-inflected guitar floating from a speaker. Then, in the lull in conversation, Meghan turns to me and leans forward to ask in a conspiratorial hush, ‘Do you want to know a secret?’”

It turns out that the secret is that Meghan may return to Instagram. She and Harry famously stopped using social media after they left royal life and moved to the United States, saying they were tired of the bullying and toxicity. Later in the conversation, Davis questioned whether Meghan’s secret is really “a troll” when Meghan said she was actually not sure whether she’ll return to Instagram.

There are other ways the profile lends credence to the idea that Meghan is deliberate in what she says and in how she wants to come across — to the point that Meghan’s critics could easily see her as excessively guarded, calculating or disingenuous.

For one thing, Davis reported that Meghan would not directly answer any questions about reports that she and Harry are filming a Netflix documentary about their life in California –  or their “love story,” as Meghan called it.

While Meghan told Davis she wasn’t trying to be “cagey,” she also said she would leave it to her publicist or Netflix to decide whether to release the information. When Davis went to the companies to ask about upcoming projects, she reported that such inquiries were met with “half-answers,” “redirection” and “institutional paranoia by a team that responds to press inquiries as if it’s protecting nuclear codes.”

Davis wrote Meghan’s deliberation was very apparent in the way she presented herself. She “sometimes converses like she has a tiny ‘Bachelor’ producer in her brain directing what she says.” In not answering one particular question, Meghan instead suggested how Davis might transcribe the noises she’s making: “She’s making these guttural sounds, and I can’t quite articulate what it is she’s feeling in that moment because she has no word for it; she’s just moaning.”

After listening to the debut episode of her “Archetypes” podcast, Washington Post’s cultural columnist Alyssa Rosenberg also raised questions about where Meghan is going with her rebranding effort.

The podcast has the laudable goal of challenging negative stereotypes of women, with Meghan talking to some of her famous friends about struggles they’ve had professionally or personally with society’s expectations.  Its debut episode featured Meghan’s chatting with her friend, tennis legend Serena Williams, about the harmful labels attached to women who show ambition.

Rosenberg said the episode generated far less buzz about the topic at hand or Williams’ illustrious career than on Meghan talking about what she suffered after she married Harry in 2018 and became a senior working royal. Headlines last week focused on Meghan’s anger and distress about royal aides carry on with official engagements during a 2019 South Africa tour after hearing that a heater in their baby son Archie’s bedroom started smoking or caught fire; Archie wasn’t in the bedroom at the time.

If Meghan and Harry truly want to build a new life in America, become power players in Hollywood or have a wider impact on causes they care about as would-be global ambassadors, they need to “stop making themselves the center of the story,” Rosenberg said.

Rosenberg said the couple seem trapped in a version of what New Yorker writer Parul Sehgal called “the trauma plot.” In Meghan and Harry’s case, they seem fixated on “what led them to flee across the pond to the exclusion of what they’re going to do now that they’re here.”

From the New York magazine profile, it doesn’t sound like Meghan is ready to leave behind “the trauma plot” or her identity as royal victim quite yet. She mentioned that Harry, too, “lost” his father, Prince Charles, in the process of their royal exit.

Meanwhile, when asked whether there is room for forgiveness between her and her royal in-laws and her own estranged family, Meghan said, “It takes a lot of effort to forgive.” She then suggested she has more to say, “I’ve really made an active effort, especially knowing that I can say anything.”