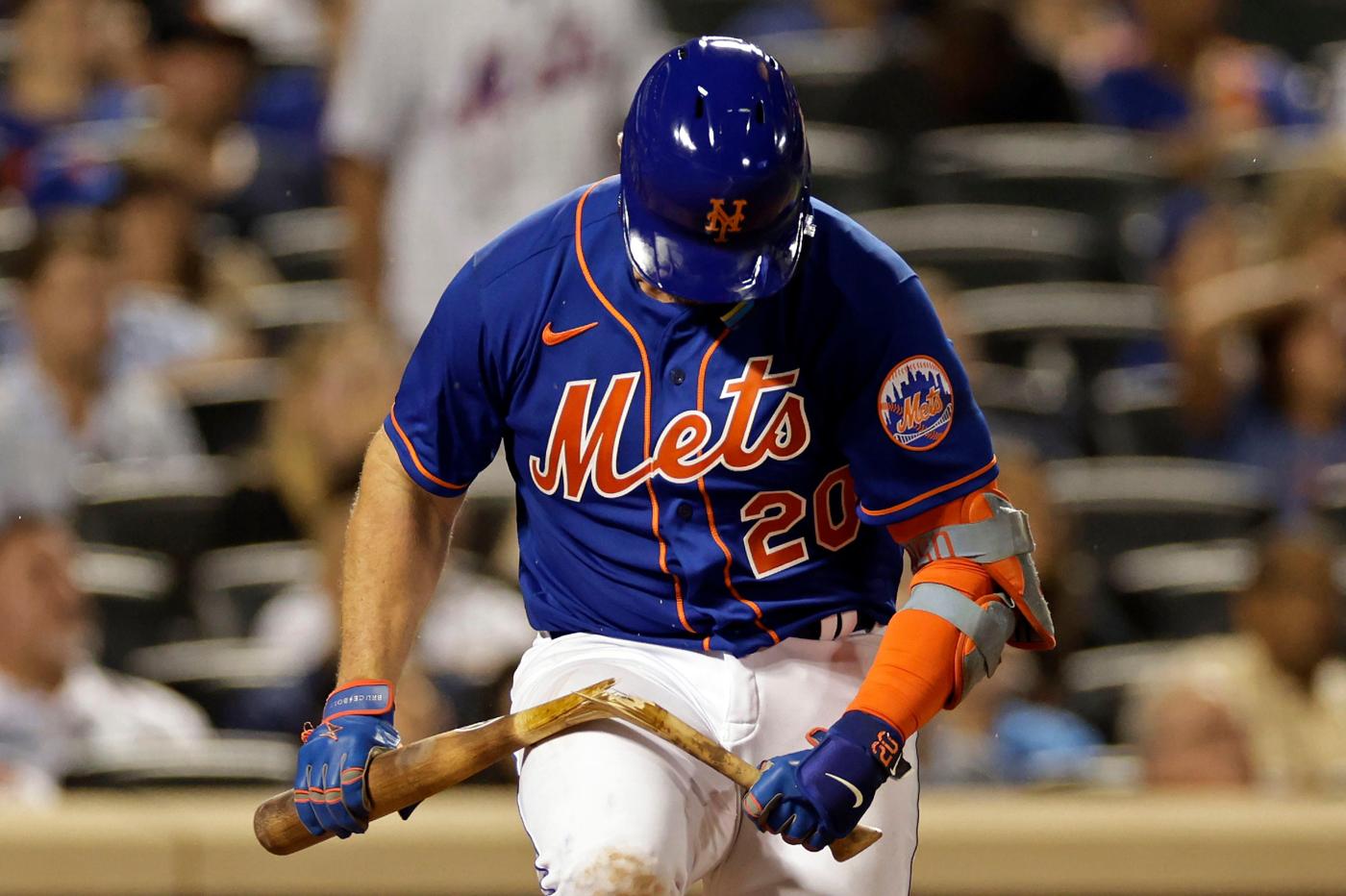 Tuesday night’s game in Flushing looked almost exactly like a game between the National League’s two best teams should look like.

The Dodgers’ 4-3 win featured timely hitting, pitchers getting big outs when they needed them and enough tension to fill both Citi Field and the neighboring U.S. Open tennis complex. Some of the players fell short of playoff-like performances, though.

Mets’ starting pitcher Taijuan Walker was not great, but he definitely was not bad either, which is sort of the space he occupies in the team’s starting rotation now. Walker, who was an All-Star in 2021 before suffering through an abysmal second half, now has a 6.10 ERA in seven second-half starts this year. His line from Tuesday night — 5.1 innings, five hits, three earned runs, three walks, five strikeouts — kept the Mets in the game but does not inspire much hope that he’s conquered his post-All-Star Game woes.

The Mets actually had an early lead in this one thanks to a horrendous display of a pitcher fielding his position. Dodgers’ starter Andrew Heaney scooped up Starling Marte’s first inning bunt despite the fact that it would have clearly rolled foul with a little bit of patience. To make matters worse, Heaney attempted a glove flip to first base that had no chance of working, as the angle he was coming from ensured that the ball would either hit Marte or get past first baseman Freddie Freeman, which it did.

Brandon Nimmo scored all the way from first on Heaney’s error. The Mets’ next two runs came on 100 mile-per-hour lasers into the left field seats. Starling Marte went first, knocking his 15th homer of the year in the third inning. Then it was Mark Canha’s turn in the bottom of the fourth. Canha’s home run went 423 feet, the longest of his career, and added to his growing list of insanely clutch hits during the most grueling month of the season.

Canha’s game-tying bomb set up what could have been a dramatic ending. Instead, the part of the Mets’ roster that has threatened to doom them all year — middle relief — reared its ugly head again. Joely Rodriguez, the lone left-hander in the Mets’ bullpen, entered with a 4.97 ERA, the highest of any pitcher on the Mets’ active roster who’s thrown at least 20 innings. That number rose to 5.17 on Tuesday.

The Dodgers had three left-handed hitters slated to lead off the seventh inning: Freddie Freeman, Max Muncy and Joey Gallo. Freeman dribbled a ground ball against the shift at a snail’s pace, turning what would normally be a standard 5-3 putout into a double. Rodriguez then got Muncy to ground out, moving Freeman to third. When the Dodgers pinch-hit righty Will Smith for Gallo, the Mets intentionally walked him. Buck Showalter could have pulled Rodriguez at this point, but the Dodgers had another lefty coming up.

Gavin Lux singled up the middle, providing the final game-changing moment of the night. His base hit off Rodriguez put the Dodgers up for good, and only then did Showalter go to his other bullpen options.

In the ninth inning, down to their final three outs, the Mets had to face someone they know well. Craig Kimbrel, the Dodgers’ normal closer, got four outs for them on Monday in Miami. Because of that, he was down on Tuesday, and manager Dave Roberts called on former Met Jake Reed. An afterthought for the entirety of his Mets’ tenure — Reed appeared in just nine big-league games — he was able to dodge a leadoff single to record his first ever MLB save.

This game had about 70% of a postseason feel. The U.S. Open competing for attendance plus an evening drizzle zapped some of the intensity. But if these two teams do end up colliding in the playoffs, it’s like Joely Rodriguez or Jake Reed won’t factor in very much.