Michael Kopech feels ‘no pain’ in his return, but 2 homers power the Houston Astros past the Chicago White Sox – The Mercury News 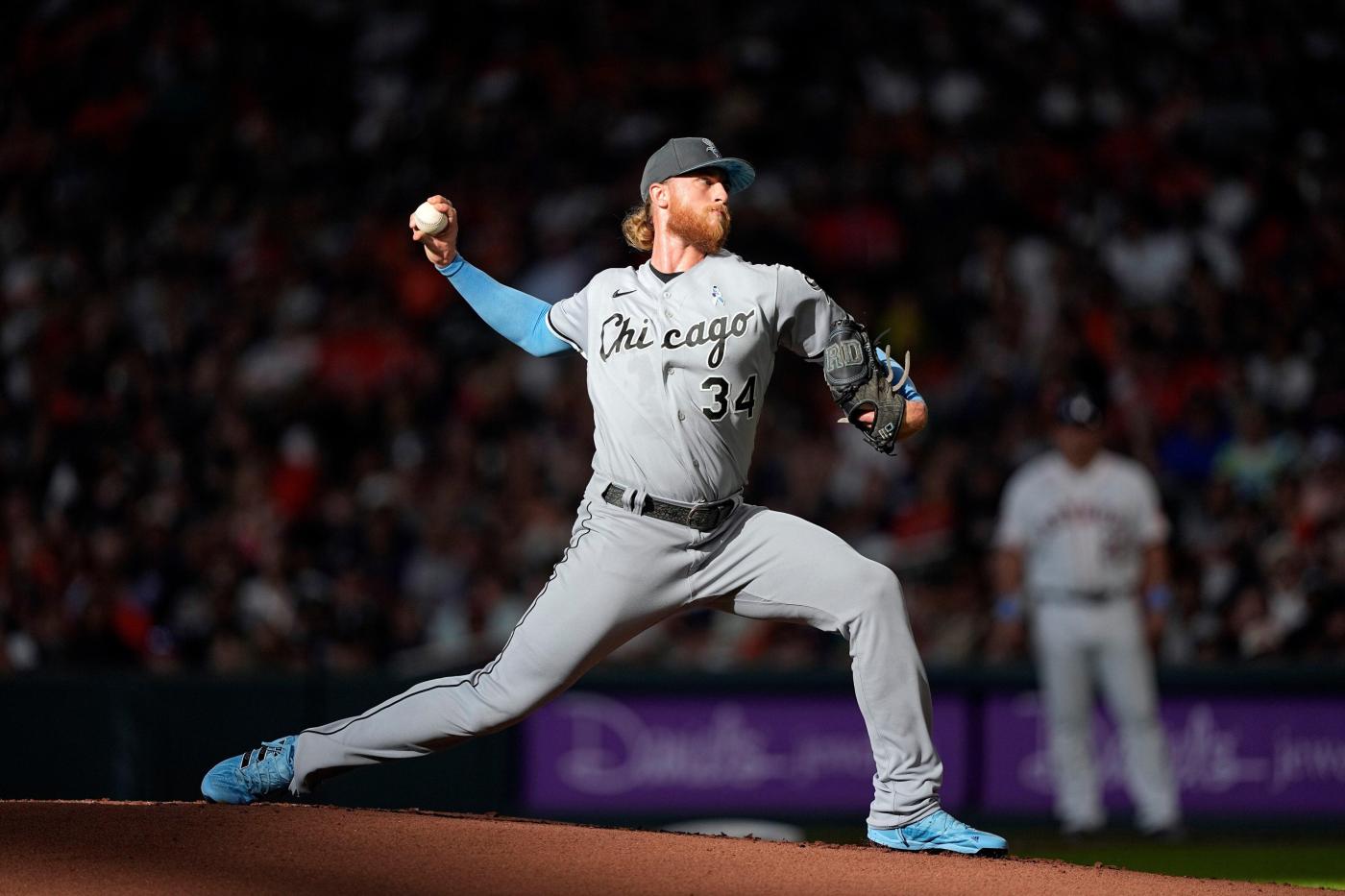 Michael Kopech was back on the mound one week after leaving his previous start for the Chicago White Sox after two-thirds of an inning with right knee discomfort.

While Sunday’s outing didn’t go as he hoped, it was pretty astonishing considering what at first glance appeared to be a major setback on June 12.

Kopech allowed four runs on seven hits in five innings in Sunday’s 4-3 loss to the Houston Astros in front of 37,709 at Minute Maid Park.

“I’ve just got to make better pitches and keep us in the game and I didn’t do that,” Kopech said.

Kopech said the knee, which led to the early exit against the Texas Rangers, was “good” after the game.

“I’m going to feel, I think, a little bit different for a little bit,” he said. “But there’s no pain. I was able to compete with it.”

Kopech struck out four and walked one in the 75-pitch performance. The Astros did most of their damage with the long ball as J.J. Matijevic hit a solo home run in the fourth and Mauricio Dubón hit a two-run homer an inning later.

“Overall, he pitched well and we pushed him as far as we could,” Sox manager Tony La Russa said.

The Astros struck first when Kyle Tucker drove in Jose Altuve with a single in the first. Tucker moved to second on a throwing error, giving the Astros runners on second and third with one out. Kopech limited the damage, getting Yuli Gurriel to pop out to second and striking out Matijevic.

“There’s positives to take away,” Kopech said. “I was pretty efficient for the most part. I was able to work out of some jams. But overall it was not good enough.”

The Sox had a chance in the second, placing runners on second and third with one out. Josh Harrison popped out and Adam Haseley struck out looking.

Matijevic’s opposite-field homer in the fourth — his first major-league hit — made it 2-0.

Luis Robert drove in a run with a double in the fifth, but Dubón answered with the two-run homer in the bottom of the inning.

“It happens. It got out and I’ve got to live with it,” Kopech said of Matijevic’s homer.

An ESPN replay showed Kopech using his right elbow area to knock an object in the dugout after the inning.

“The truth is I care a lot about this game and I want to play to the best of my ability and be the best competitor I can be every time I go out there,” he said. “I wasn’t any of those things (Sunday). I had to kind of be challenged with a little bit of adversity and a little bit of an emotional challenge. That got the better of me. It happens, I guess.”

Robert singled and scored on a triple by AJ Pollock in the eighth. Pollock scored on Jake Burger’s grounder to second, cutting the deficit to one run.

Harrison drew a leadoff walk in the ninth, but Haseley struck out and Danny Mendick and Andrew Vaughn flied out as the rally came up short.

The Astros took two of three in the series, but the Sox went 4-2 on the trip.

“If you go 4-2 every trip, you’ll have a good year,” La Russa said. “I said at the beginning, it’s how you go after it. If you go after it and they beat you, you tip your cap and get ready for the next one.”