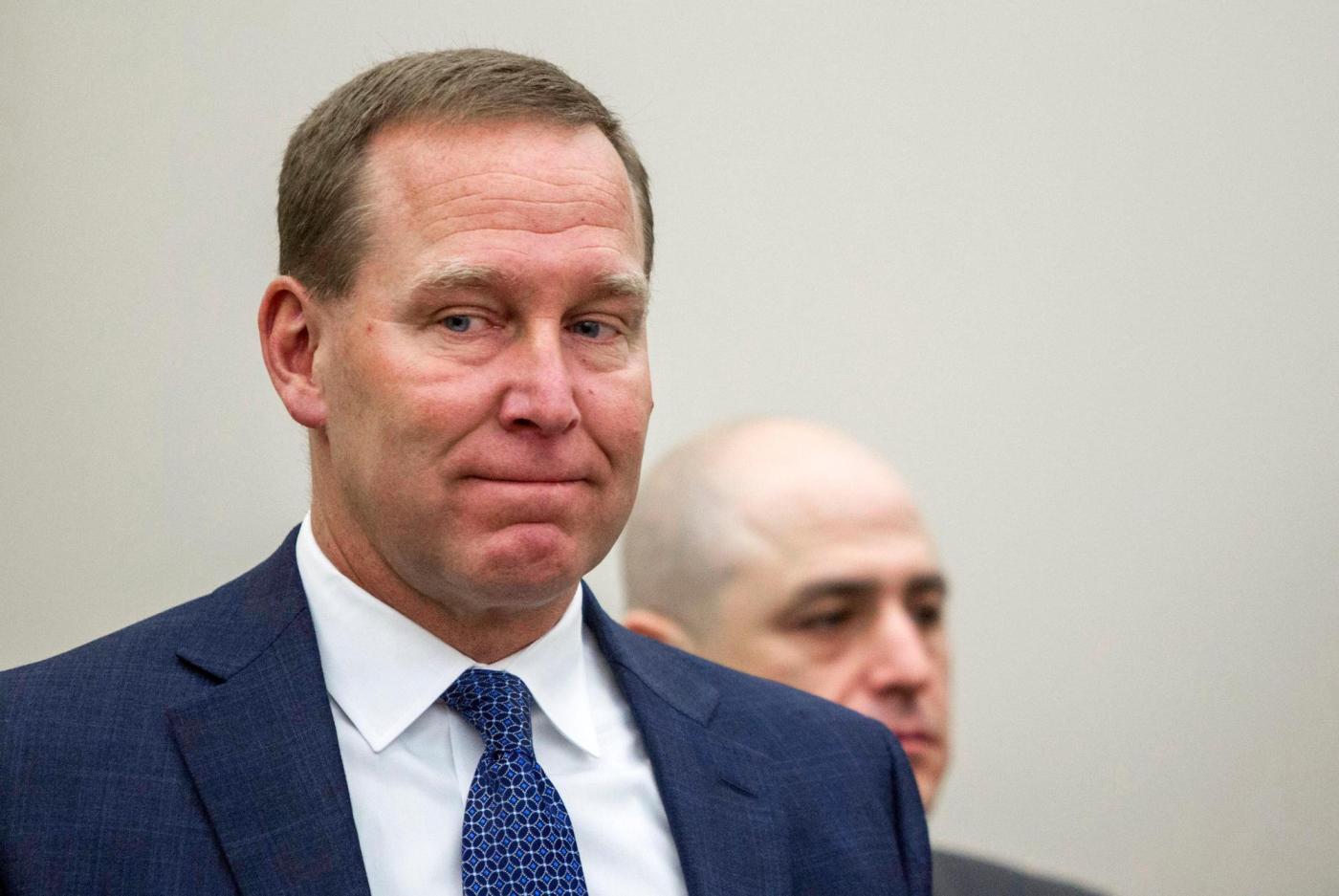 By JOHN FLESHER and ED WHITE

GRAND RAPIDS, Mich. (AP) — A prosecutor filed a second-degree murder charge Thursday against the Michigan police officer who killed Patrick Lyoya, a Black man who was on the ground when he was shot in the back of the head following a traffic stop captured on a bystander’s phone.

Kent County prosecutor Chris Becker announced his decision against Grand Rapids Officer Christopher Schurr, who killed Lyoya minutes after a traffic stop on April 4. Video from a passenger in the car captured the final chilling moments.

Schurr fired the fatal shot while Lyoya was on the ground, demanding that the 26-year-old refugee from Congo “let go” of the officer’s Taser.

“The death was not justified or excused, for example, by self defense,” the prosecutor said, reciting the elements of second-degree murder.

Schurr, who is white, told Lyoya that he stopped his car because the license plate didn’t match the vehicle. Roughly a minute later, Lyoya began to run after he was asked to produce a driver’s license.

Schurr caught him quickly, and the two struggled across a front lawn in the rain before the fatal shot.

Defense lawyers said the shooting was not “murder but an unfortunate tragedy” during a volatile situation.

Grand Rapids Police Chief Eric Winstrom said he would recommend Schurr be fired, though he is entitled to a hearing and the ultimate decision would be up to the city manager. Schurr has been on leave since the shooting.

Becker said he consulted experts from outside Michigan about the use of force in the case. He informed Lyoya’s parents about the charge before holding a news conference and also sent a letter in Swahili, their native language.

Across the state in Detroit, Peter Lyoya watched the announcement with his lawyer, Ven Johnson, and said he was pleased with the decision.

“We strongly believed there was no justice in America, until today,” Peter Lyoya said. “What I want is the final justice for my son.”

Another family lawyer, Ben Crump, said the murder charge was the right call, adding: “Officer Schurr must be held accountable.”

Schurr turned himself in and was being held at a jail outside Kent County ahead of a court appearance Friday.

His personnel file shows no complaints of excessive force but much praise for traffic stops and foot chases that led to arrests and the seizure of guns and drugs.

Black community activists had accused Becker, a Republican, of being too close to police and urged him to give the case to the Michigan attorney general, a Democrat, to avoid even the appearance of a conflict. But the prosecutor declined.

“Everybody thinks prosecutors are an arm or just a branch of police. And we’re not,” Becker told reporters. “We are our own entity. We have a duty to enforce the law. We work a lot with them but we don’t work for them.”

The shooting turned into an immediate crisis for Winstrom, who was a commander in Chicago before taking charge in Grand Rapids early in March. Over Becker’s objections, he released video from four different sources on April 13.

At a community forum that same month, Winstrom said he wanted to put more emphasis on officers knowing how to turn down the heat during tense situations.

“This is going to be a difficult time for the police department,” he said after the murder charge was announced. “We’ll get through it.”

Lyoya’s killing by an officer came after numerous others in recent years involving Black people, including George Floyd, whose killing in Minneapolis sparked a national reckoning on race;Daunte Wright, who was shot during a traffic stop in suburban Minneapolis; Andre Hill, who was killed in Columbus, Ohio; and Andrew Brown Jr., who was killed in North Carolina.

Robert Womack, a Kent County commissioner who is Black, said bystander video of Lyoya’s death was critical in the prosecutor’s decision to charge Schurr. The officer wore a body camera, but it didn’t capture the shooting and was found on the ground, possibly dislodged during the struggle.

Womack wondered “how many Black lives have been lost in the past without justice” because of a lack of video.

“Days like this show we can believe in a process,” he said of the justice system.