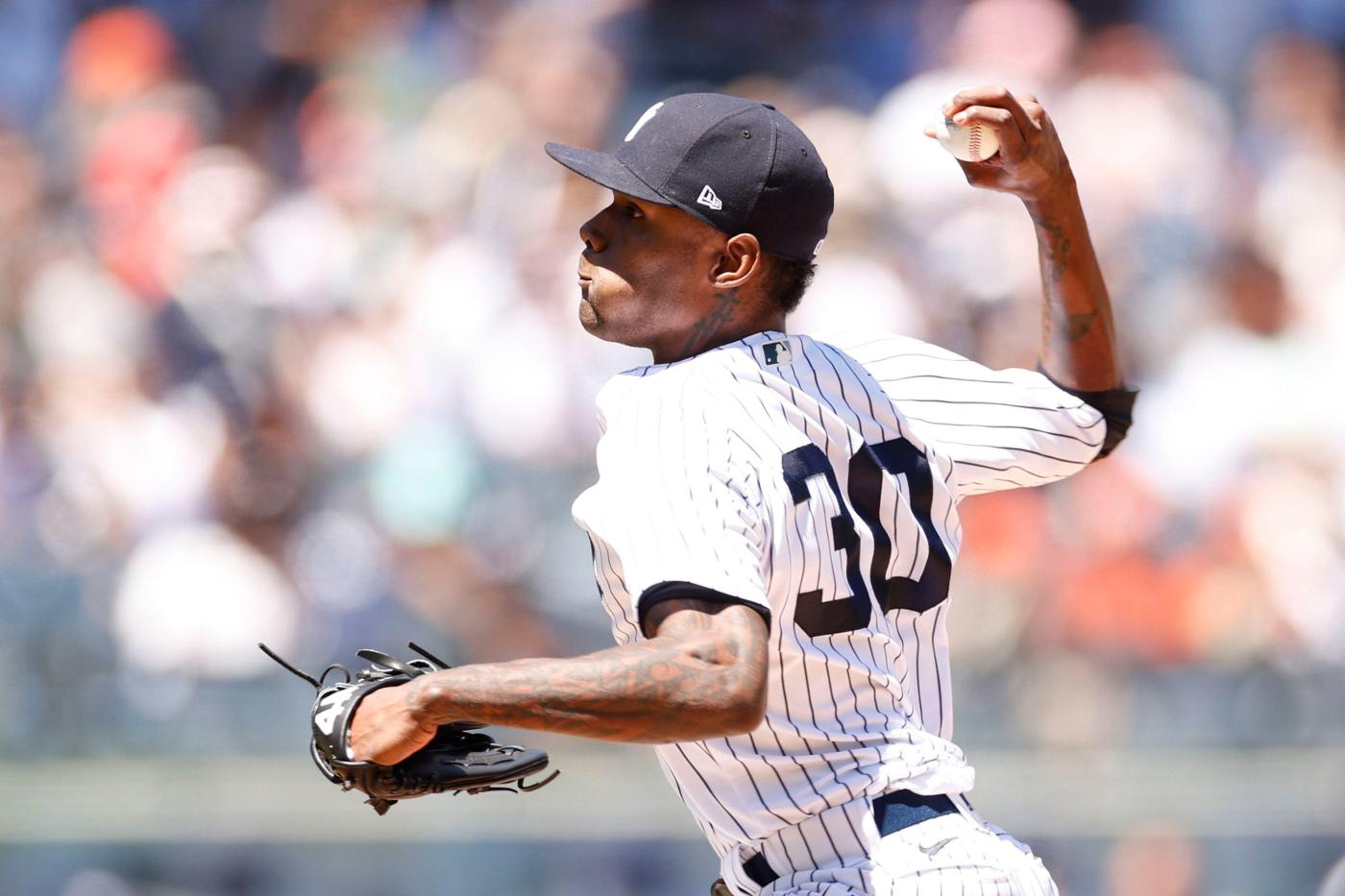 Miguel Castro is the latest Yankees pitcher to take a ride through the MRI tube. The right-handed reliever has been dealing with some shoulder issues for the last couple of days. He got up to warm up in Thursday night’s loss, but never got into the game.

“Yeah, He’s been barking a little bit shoulder wise and then warming up last night. So we’re gonna send him for an MRI and just try and see what we got,” Yankees manager Aaron Boone said before Friday night’s series opener against the Red Sox at the Stadium.

Castro hasn’t pitched in a game since Sunday, when he gave up four runs, two earned, without recording an out in the Yankees loss to the Red Sox.

“The last couple of days he’s been dealing with it. We were staying away from him for a couple of days there and then he was active last night,” Boone said,  “but I think we just want to see what we have.” The Yankees found out what they had after Friday’s game.

“I think it’s going to be an IL situation,” Boone updated. “I don’t have the diagnosis and time frame yet, though.”

“I mean, it’s inevitable,” Boone said of injuries to pitchers. “I feel optimistic about most of the things we’re talking about that have happened here most recently. (Optimistic) that we’ll be able to get through them and have those guys still be a huge part of this. Knock on wood we’ve been fairly healthy, I think for the most part. We’ve obviously had some guys go down (like Chad Green) losing him for the season, obviously was a big blow. We’ve had some other guys go down and we’ve gotten some other guys back. It’s part of it, but hoping for the best and feel hopefully it will be alright.”

Castro, whom the Yankees acquired in spring training, has 30 strikeouts in 27.1 innings pitched over 32 appearances this season. He’s carrying a 4.00 ERA.

Boone said the Yankees are waiting for second and third opinions on Severino, who had his MRI on Thursday.

“It’s a very mild lat strain (according to) the MRI reading. We’ve got a couple of doctors just looking to confirm, so we haven’t got that full answer yet,” Boone said. “So I feel like the MRI was pretty good overall, but we’ll see when they get together.”

The Yankees will celebrate their Old Timers’ on July 30, but this year they will not have an actual game. Instead there will be extended introductions with video tributes on the field.

The Yankees may bring back the actual game in the future, it has not been decided yet.

Giancarlo Stanton had indicated that he was likely going to be in the Home Run Derby last week, but he ultimately chose not to participate. It was not because of pressure from the Yankees.

“It was a G call all the way. We would have been fully behind him if he wanted to do it or it was going to do it,” Boone said. “I think it’s just the grind and this first half and I just think he weighed all that into consideration and decided not to.”

Josh Donaldson, who got hit on his hand in Thursday night’s loss, was not in the lineup Friday night, but did come off the bench for a pinch hit at-bat that ended in a K. Donaldson had a splint on the finger Friday afternoon.”

I think this point is just to keep him from using it unnecessarily,” Boone said of the splint. “So I really don’t think it’s a big deal. I could easily have had him in there today but just decided to be a little cautious with it and hold him out today, but I expect him to be an active player for us.”

Aaron Hicks, who left Tuesday night’s game after fouling a ball off his shin also was out of the lineup, but could be back on Saturday. He also came in late during Friday night’s loss, getting intentionally walked to set up a double play before striking out to end the game.”

He’s going through a full routine today. He was able to do a little bit yesterday. He came into my office a few hours ago and felt really good about the progress he had made,” Boone said.  “And the idea was today just kind of go through a full thing and and likely be a player off the bench if that goes well. Whereas last night it was just an emergency scenario.”