Mike Preston: Ravens are smart to wait before giving QB Lamar Jackson the deal he wants 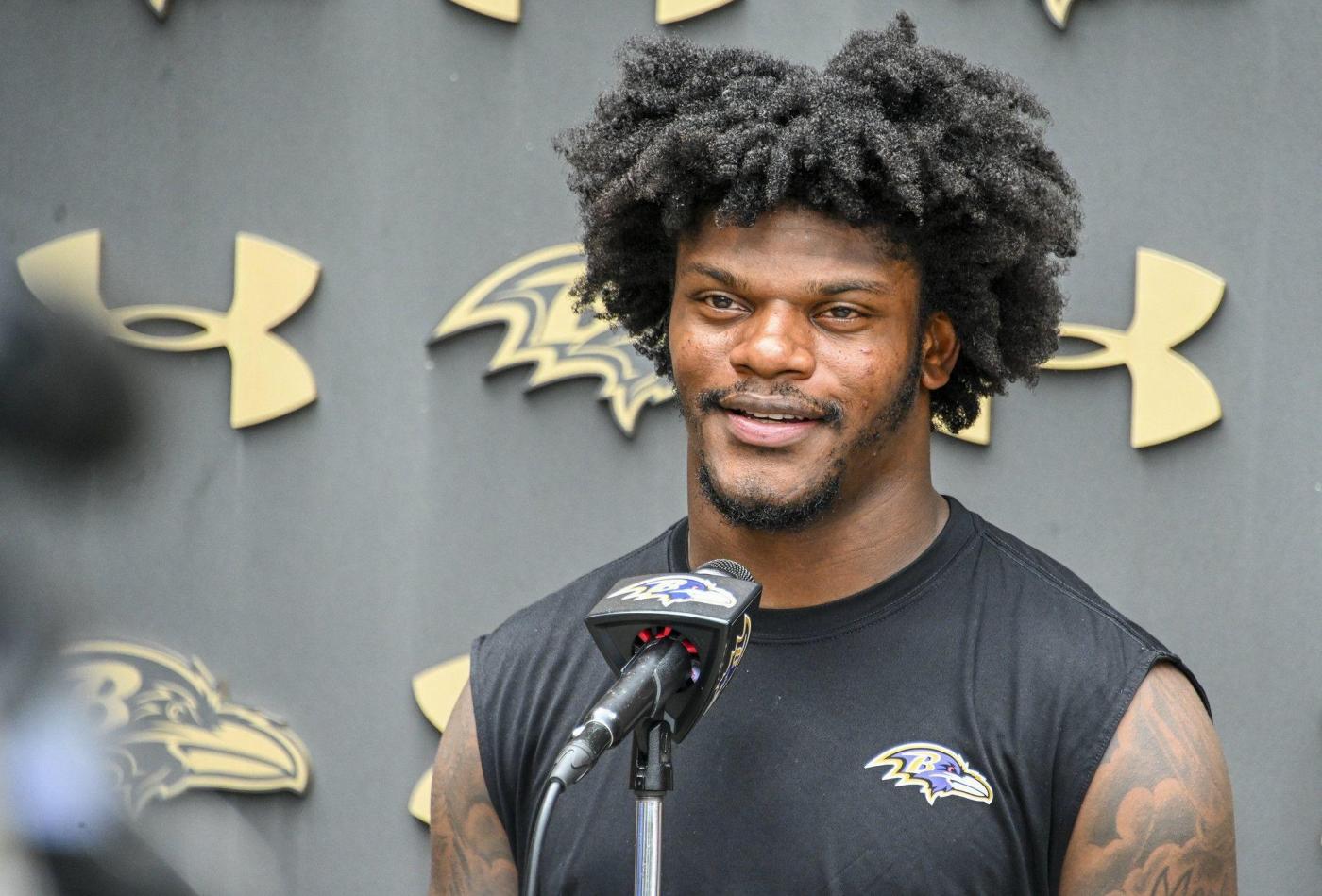 The Ravens and Lamar Jackson failed to agree to a contract extension by the star quarterback’s self-imposed deadline Friday, and it’s a smart decision by the team.

It was always best to take the wait-and-see approach. Jackson still has to prove he can take the team deep into the playoffs before the Ravens make him one of the highest-paid quarterbacks in the NFL.

Three quarterbacks have received at least $165 million guaranteed this offseason, but two of them, Deshaun Watson and Kyler Murray, don’t belong in that top tier because they haven’t won titles yet. That’s why the Cleveland Browns and Arizona Cardinals are two of the worst-run franchises in the league. The Ravens don’t need to be part of that class.

Throughout these negotiations, there was never a strong sense that the Ravens were in a hurry to complete a deal. Privately, they had some questions about Jackson’s off-the-field habits as far as being ready for practices and games.

A major problem, according to a team source who wasn’t authorized to speak publicly on the matter, is that Jackson wanted a fully guaranteed deal, which is what the Browns gave Watson. Ravens owner Steve Bisciotti questioned that type of deal in March when he met with local reporters in Florida, and team officials were not going to cave on that demand, according to the source.

It makes no sense to offer that type of guarantee to a quarterback who runs as much as Jackson. He’s averaged 154 carries per season since being drafted in 2018, including a career-high 176 when he was named NFL Most Valuable Player in 2019. Since 1946, according to Stathead, only five quarterbacks — Jackson, Murray, Jalen Hurts, Cam Newton and Bobby Douglass — have rushed 130 times or more in a single season.

Watson’s deal has been criticized by league owners and player agents, and the Ravens probably wanted to make Watson’s deal the exception, not the standard. A fully guaranteed deal for Jackson would set a precedent.

“I don’t know that he should’ve been the first guy to get a fully guaranteed contract,” Bisciotti said at the NFL owners meetings of the deal for Watson, who will serve an 11-game suspension without pay this season after he was accused by more than two dozen women of sexual misconduct during massage sessions. “To me, that’s something that is groundbreaking, and it’ll make negotiations harder with others. But it doesn’t necessarily mean that we have to play that game, you know? We shall see.”

In four seasons, Jackson has brought unparalleled excitement to pro football. Only one player, late Chicago Bears running back Gale Sayers, could make cuts in the open field the way Jackson does.

The Ravens are 37-12 in the regular season with Jackson as the starter and have been to the playoffs in three of those four years, but buried underneath all that success is a 1-3 postseason record. In those games, Jackson has been sacked 19 times, thrown five interceptions and completed 55.9% of his passes for 900 yards and three touchdowns.

That’s the bottom line. If you want to get paid the big bucks, you need to beat the best teams in the playoffs. That’s crunch time, that’s big money time. Go ask the Kansas City Chiefs’ Patrick Mahomes, the Tampa Bay Buccaneers’ Tom Brady or the Buffalo Bills’ Josh Allen.

Great quarterbacks take over games in the postseason, and Jackson has yet to do that in Baltimore.

His situation here has created an interesting dynamic. While Jackson is comfortable in the Ravens’ run-oriented offense, he has hinted he would prefer to throw more often in Baltimore. Wide receiver Marquise “Hollywood” Brown said he requested a trade from the Ravens because “the system wasn’t for me.”

There is little proof that coordinator Greg Roman’s style of offense can produce a title in this modern age of pro football. The Ravens need to follow a certain formula to have success: run the ball effectively and control the pace of the game.

When that hasn’t happened, especially in the postseason, Jackson has struggled. He’s not accurate enough to throw outside the numbers or place the ball where only his receiver can make the catch.

But maybe this is Jackson’s year. If he plays well and carries the Ravens deep into the postseason, they are basically obligated to pay him top dollar. That’s what happened nine years ago with Joe Flacco when he played out the final year of his rookie deal in Baltimore and won Super Bowl MVP.

The Ravens don’t need to make a bold move with Jackson now. He’ll make around $23 million this season and possibly as much as $45 million if they give him the exclusive franchise tag in 2023.

By then, he’ll have proven himself one way or another. If he continues to lose big games, the Ravens can move on from him. If he wins, he’ll get that big pay day.