Mike Westhoff tells all on Dolphins, Jets, Marino and the fight for his life – The Mercury News 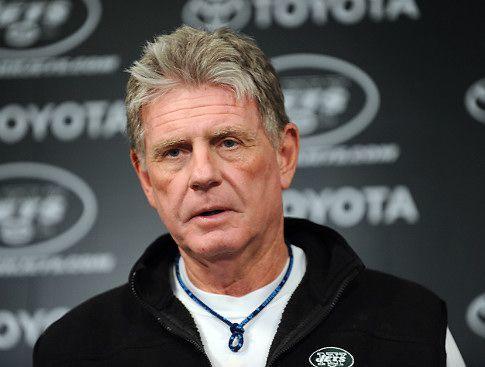 Most mornings for more than two pandemic-laden years, Mike Westhoff woke early, ate breakfast and then sat on his bed at 7 a.m. with a pen and yellow legal pad to do something he never had. He wrote for hours each day.

He wrote of listening with a young New York Giants assistant, Bill Belichick, as Indiana basketball coach Bob Knight taught footwork. He wrote of having a chair in his Miami Dolphins office reserved only for Don Shula’s Wednesday night meeting.

“What do you got?” Shula would say for Westhoff to present his special-teams plans.

Westhoff wrote of coaching on a team with quarterback Dan Marino (“the experience of a lifetime”), wrote how the New York Jets didn’t use Tim Tebow as planned (a “disgrace and a mess”) and wrote how a friendship with Dolphins executive Bill Parcells ended when Parcells sent a letter to the league accusing Westhoff of violating league rules for visiting a Dolphins practice in retirement and then re-joining the Jets the next week.

“With a miserable, chickens— letter, he destroyed what I believed was a great relationship,” Westhoff wrote.

Westhoff always was wonderfully open and opinionated as a special teams coach, and he’s no different with this book, “Figure It Out: My Thirty-Two year Journey While Revolutionizing Pro Football’s Special Teams.” He says Jets (and later Dolphins) general manager Mike Tannenbaum took them, “from a championship-level team to a bulls— operation,” with decisions like shutting Westhoff out of the 2012 draft process.

Westhoff prided himself on coaching creative specials teams back before the restrictive rules of today and by helping discover the talent for them. Take rookie Bernie Parmalee. Shula cut him in 1992. The paperwork was to be filed the next day at 1 p.m.

Westhoff told Parmalee to come to practice the next morning. He asked Reggie Roby to punt a line drive to guarantee a return. Parmalee made a tackle that, “sounded like an explosion,” Westhoff said, and he played nine years in the NFL.

These are the stories Westhoff tells with him at the center. He always had a healthy ego. When Jimmy Johnson retired from the Dolphins after the 1999 season, Westhoff discussed a succession plan in an empty team cafeteria with owner H. Wayne Huizenga.

Westhoff would be head coach. Marino would play on. Indianapolis assistant Gene Huey would bring the shotgun offense built for statuesque Peyton Manning to help an immobile Marino.

Huizenga chose Dave Wannstedt. Westhoff was off to the Jets a year later before ending his career with Sean Payton’s New Orleans Saints. So his book is a football journey. And more.

“The Biggest Fight of My Life,” he titles one chapter that began with surgery for back and leg pain at age 40 in 1988. His iliac artery was accidently cut in the surgery. He began bleeding out on the surgical table.

“They cut me and put a tube right down into my heart, pumping blood right into main artery to keep me alive,” he said.

A doctor entered the room, took over the surgery and saved Westhoff’s life. That didn’t solve the back and leg pain that was diagnosed as an egg-sized, cancerous tumor in his leg.

Thus began another chapter in his life — and his book. He went to Boston, where a new procedure meant his leg wasn’t amputated but remade with two metal plates, 25 screws and 60 staples.

He underwent chemotherapy, coached the Dolphins and threw up on the remote side of the field. He lost hair, weight — everything but hope. Some thought football lost perspective in that fight.

“Coaching saved me,” he says. “Coach Shula didn’t see me as a cancer victim. He saw me as who I could be again. He treated me like I wasn’t sick. That allowed me to see myself that way, too.”

Westhoff started in an NFL with few rules for special teams to the point the goal of his punt teams was to block an opponent over the sideline Gatorade table. His career ended with kickoffs and punts being almost taken out of the game, as he once said to NFL Commissioner to Roger Goodell.

“Mike, you’re the last person who can complain, because they’re changing because of you,” Goodell said.

He chuckles, his career done, his pen down, his opinions still strong. He attended a Dolphins minicamp practice in June. His thoughts?

As his titles says, “Figure It Out.”