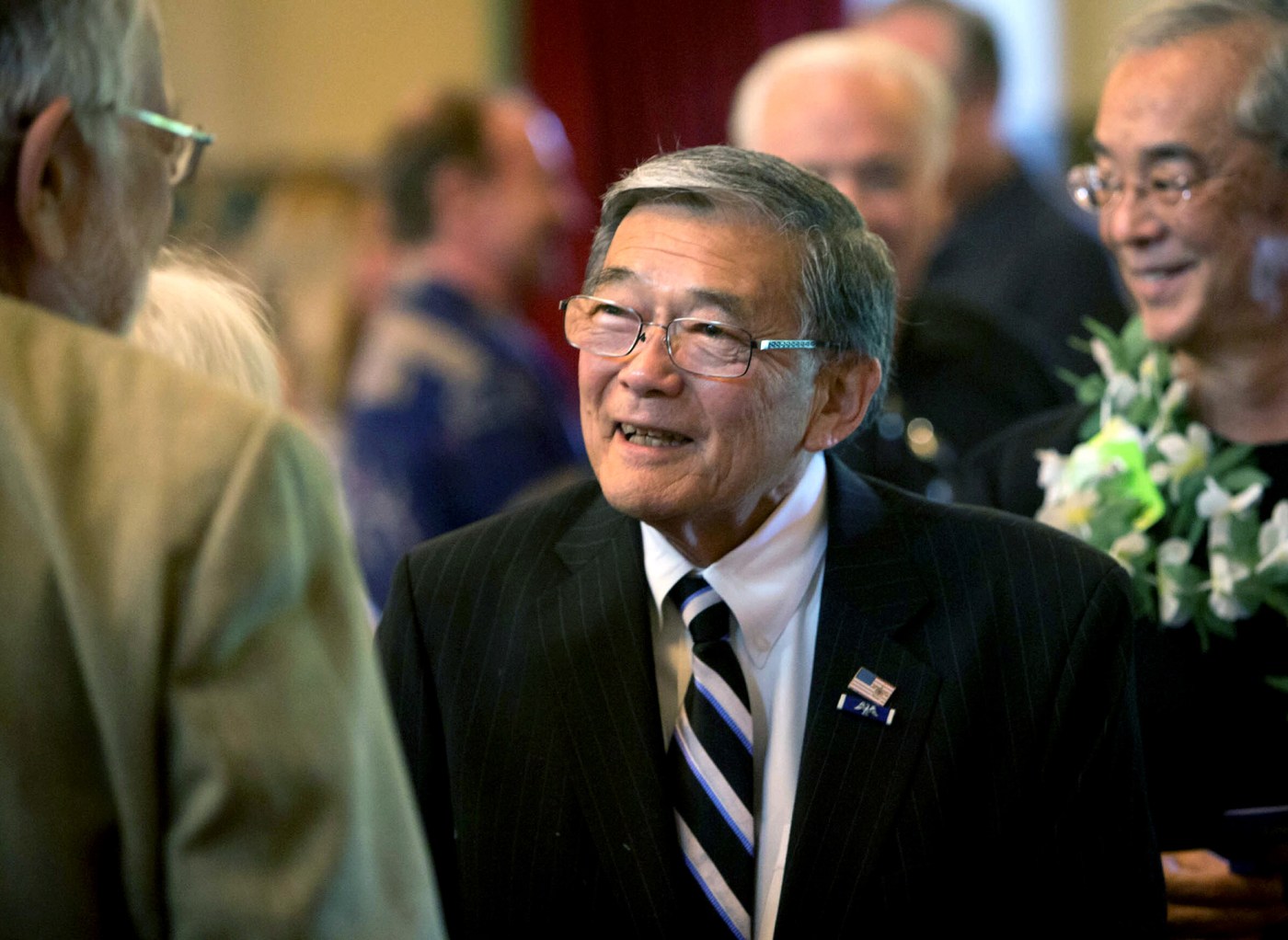 Norman Y. Mineta returns home to San Jose on Wednesday, with his remains arriving at the airport his hometown named in his honor and a motorcade through Japantown carrying him to San Jose City Hall.

Mineta, who died May 3 at age 90, served as mayor of San Jose from 1971 to 1975, followed by a 20-year career in the House of Representatives. In 2000, President Bill Clinton appointed him as U.S. commerce secretary, making Mineta the first Asian American to hold a cabinet post. The following year, President George W. Bush appointed him U.S. transportation secretary, making the Democratic politician one of very few to serve on the cabinets of presidents of different parties.

Accompanied by his wife, Deni and members of their family and Mineta’s staff, his remains will be carried by U.S. Coast Guard Rear Adm. Joanna Nunan.

Starting around noon, a motorcade will travel through San Jose’s historic Japantown, where Mineta grew up, pausing for brief remembrances along North Fifth Street.  The first set of stops will be at San Jose Buddhist Church Betsuin, the Mineta family home next to the San Jose Japanese American History Museum and Wesley United Methodist Church, where the church choir will sing the hymn, “Go Now in Peace.”

Mineta often reflected on his family’s forced relocation to a camp in Heart Mountain, Wyo., during World War II and remembered wearing his Cub Scout uniform when his family was loaded onto a train when he was 10. As the procession passes the railroad crossing at Fifth and Empire streets, a group of scouts from the Japantown community will stand at attention in honor of Mineta.

Mineta’s remains will rest in honor in the rotunda, and the community is invited to pay its respects until 7 p.m. A memorial service is scheduled for 10:30 a.m. Thursday at the San Jose Civic Auditorium, with former President Bill Clinton and former Assembly speaker Willie Brown expected to be in attendance.