A London-listed mining firm has become embroiled in an unedifying race row with one of its largest shareholders, The Mail on Sunday can reveal.

Bosses at Ironveld, which runs a metal project in South Africa, are locked in a bitter battle with Richard Jennings, the director of Align Research, which holds a 5.4 per cent stake in the company.

The miner is listed on the junior AIM market and is chaired by former English cricket and Majestic Wine supremo Giles Clarke. 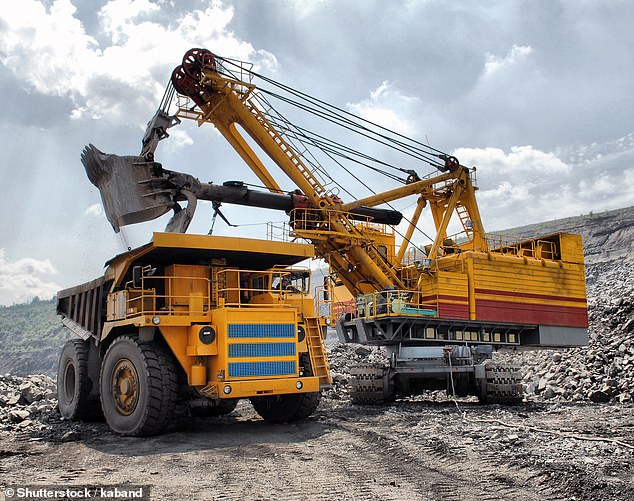 Row: Bosses at Ironveld, which runs a metal project in South Africa, are locked in a bitter battle with Richard Jennings, the director of Align Research

Jennings tried recently to oust Clarke and Ironveld’s chief executive, Martin Eales. The saga has taken a fresh twist after one of Ironveld’s South African shareholders wrote a letter to Clarke, seen by the MoS, pointing to racist comments made by Jennings.

The remarks came in a WhatsApp message exchange in which Jennings told Eales to ‘never ever, ever, ever, ever trust Saffers [South Africans], partic [sic] indigenous ones abusing BEE nonsense’.

The shareholder, Pinky Ngxulelo, who is also a consultant at Ironveld and manages several companies involved in the BEE scheme, said the comments were ‘unwarranted and racist’.

Clarke responded that there was ‘no place for racism at Ironveld or indeed on this planet’.

When approached by the MoS, Jennings said ‘any intonation [sic] as to racism is wide of the mark’.

He added that the comment reflected his personal experience and that a shares-for-loans scheme under the BEE programme ‘has been, in my opinion, abused’.

Jennings claims he is subject to a campaign to discredit him for highlighting ‘the abject failings of Giles Clarke in particular at Ironveld over the last several years and more recently Martin Eales’.

Clarke himself also stands accused of making questionable comments. In separate WhatsApp messages exchanged with Jennings and also seen by this newspaper, Clarke said that ‘Namibians would raise anyone’s blood pressure when combined with Arabs’.

His comments are thought to be related to potential investors in Kazera Global, another Africa-focused firm Clarke chaired before resigning last month.

The prospective backers included a Namibian firm and several Arab entities. But a spokesman for Ironveld denied that the comments were racist.

He said: ‘Racism is a very serious allegation. The WhatsApp message you refer to is taken out of context…Racism of any form is intolerable and Giles Clarke has campaigned against it and will continue to do so.’

In June, Jennings called a meeting to remove Clarke and Eales from Ironveld following a dispute over its funding arrangements, although he later withdrew the proposal.

Clarke last month said the directors felt they had been subjected to ‘coercion, threats and bullying’ by Jennings and that his proposals were ‘vexatious and self-serving’.

Aside from setting up Majestic Wines, Clarke founded self-storage firm SafeStore in 1998 and was chairman of the England and Wales Cricket Board until 2015.

The Ironveld board rejected several of Jennings’ proposed funding deals for the project, which it said were overly complicated and did not provide enough cash.

The firm said Align’s business model includes selling research to small companies, which often struggle to attract coverage from brokers, which in turn makes it more difficult to raise cash on the stock market.

Align then takes a shareholding as compensation, before offering other funding options.

If these are declined, Ironveld said Jennings becomes aggressive and tries to have directors removed.