More Britons are paying in cash as they try to cut their spending during the cost of living crisis, according to new research.

Almost two in five Britons say they will use cash more often as the cost of living crisis worsens, according to research by NoteMachine, one of the UK’s largest cash machine providers.

And those with less to spend are even more likely to ditch their debit and credit cards in favour of ‘real’ money. 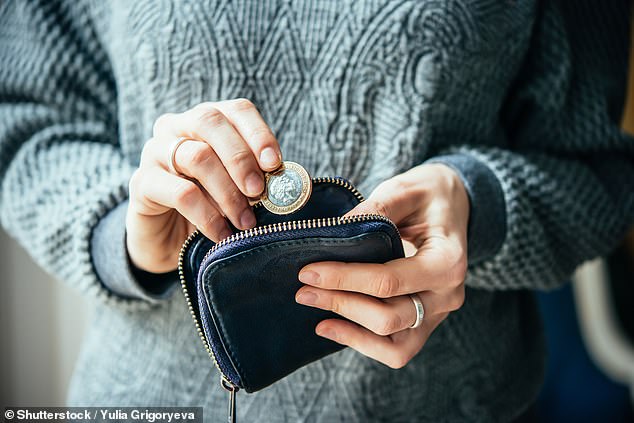 Tightening the purse strings: Almost two in five Britons say they are more likely to use cash as the cost-of-living crisis gets worse

Meanwhile a separate study by the comparison site Money found that roughly four in ten Britons prefer to use cash to keep track of spending, whilst a similar number say using cash for their food shop helps them spend less and stick to their budget.

In contrast, two thirds of Britons say they spend more when using their card or another contactless payment device.

Further research by the UK’s largest ATM network, Link, shows that cash is still widely used throughout the UK and may even be becoming more popular.

In May 2021, it found that 44 per cent of people withdrew cash at least once a fortnight.

Are you more likely to use cash to cope with the cost of living crisis?

And at the end of January this year, it found that as many as 73 per cent of Britons had paid in cash in the past two weeks, with increased usage seen in retailers like supermarkets, hairdressers and pubs.

The most popular reason given by Britons intending to use cash more frequently was that doing so gave them a better idea of how much they were spending, according to Link.

And there are also those who aren’t comfortable using internet banking or an app to track their card spending.

Graham Mott, director of strategy at Link said: ‘There really is a digital divide for those who are and aren’t comfortable using digital payments.

‘For some, card and digital payments mean they can track all their spending online or on the mobile banking.

‘Yet, for many, especially those on fixed or lower incomes, there is no better substitute for budgeting to cash.

‘Not everyone has access to cards or digital payments and they know exactly how much money they have when paying in cash for the bus or in the local shop.’ 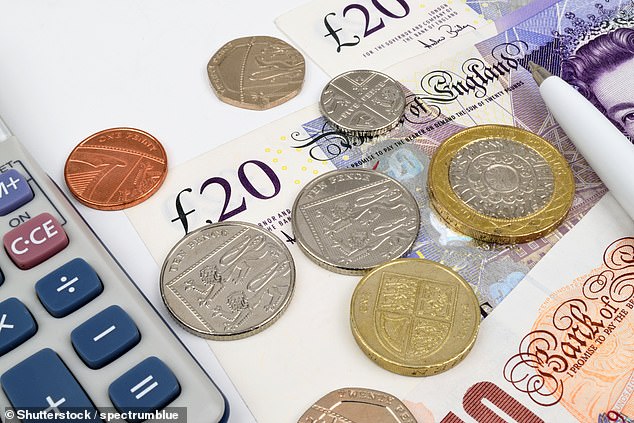 Savvy spending: According to Link, almost three in five people said paying in cash helped them to spend less and budget better

Andrew Hagger, a personal finance expert at Moneycomms, suggests Britons may be wise to use cash where possible amid soaring energy, fuel and food bills.

He said: ‘Using cash can be a blunt but effective budgeting tool – it can instil the ‘when it’s gone, it’s gone’ mentality if you limit yourself to a set amount of cash each week.

‘Handing over cash seems more real – it makes you think twice before paying for something. It has become too easy to tap and go without considering how much you’ve spend in the last few days, but when you look in your wallet you know exactly what’s left.’ 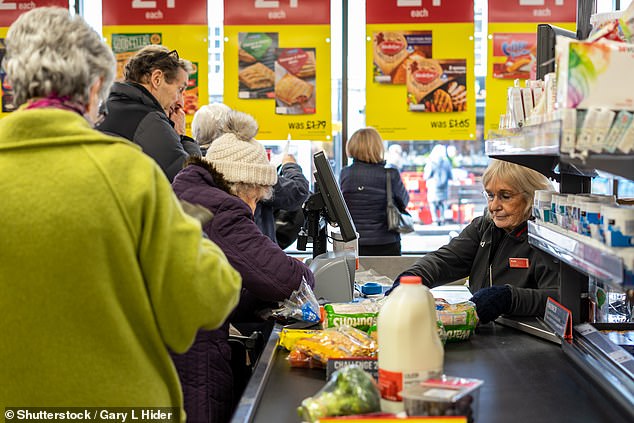 Four in ten Britons say using cash for their food shop helps them spend less and stick to their budget, according to Money.co.uk.

However, despite the advantages of using cash as a budgeting tool, there are some obvious drawbacks.

For a start, many banks have been closing down branches in recent years, leaving many towns and villages without a physical bank or access to an in-branch ATM.

James Andrews, personal finance expert at Money.co.uk said: ‘It’s concerning that despite a real cost of living need for access to cash, more than one in ten of our ATMs in the UK have disappeared in the last 10 years.

‘Going digital is fine in theory, but when sections of society are struggling to make ends meet and find cash easier to budget with, then there must be something done to slow the scale at which cash points are disappearing.’

Number of free cash machines falls by a quarter

Whilst ATM numbers are declining, the number of fee-free ATM’s is another concern for those relying on cash at the moment.

For 21 per cent of Britons, getting to a free-to-use cash machine would mean at least a 22-minute round-trip, according to analysis by NoteMachine.

Its research also found that on average, people in rural areas are having to travel for 42 per cent longer than those in urban areas to access a free cash machine.

This means that although cash may be a useful budgeting tool, it is becoming increasingly inconvenient for many.

For those unprepared to travel for free access, cash may also therefore become an expensive budgeting tool. Some cash machines can charge up to £5 each time someone withdraws money from them. 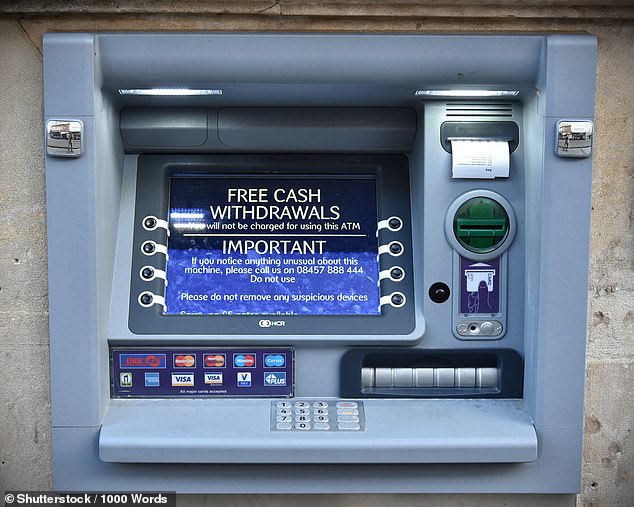 Another key issue is the growing number of retailers that are beginning to refuse cash payments.

According to Link, plenty of people continue to experience situations where they want to use cash, but can’t.

Nearly a quarter of respondents in its most recent survey said they had recently tried to use cash in a shop, but instead used a card because the venue discouraged cash payments.

Almost one in five said they have experienced situations where they would have liked to use cash, but as the place they were in was no longer accepting it they could not buy what they wanted.

Hagger added: ‘There can be downsides to cash. Since the Covid crisis, increasing numbers of retailers now only accept payment by card, so you could be limiting where you can spend.

‘Plus, if you’re suddenly faced with an unexpected situation where you need additional money you could be stuck.’

What is the Government doing to improve access to cash?

In the Queen’s Speech in May 2022, the Government announced the much-anticipated access to cash legislation as part of the Financial Services Bill.

First children’s climate trial in US history is set for 2023, as 16 youngster sue Montana