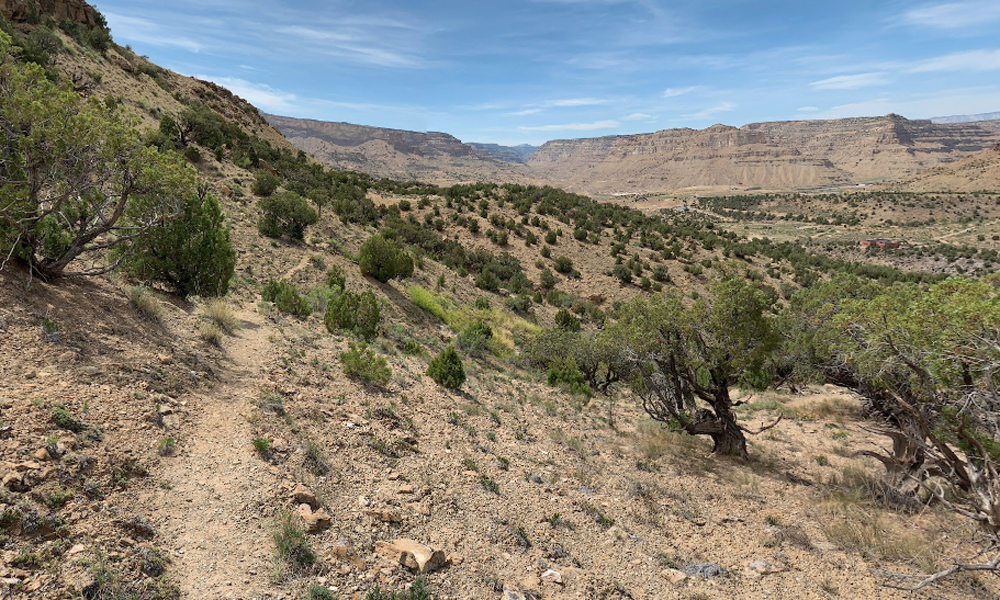 A mountain biker riding what is touted as an “epic” Colorado trail died after running out of water on a day the temperatures reached 102.

The 52-year-old Colorado Springs man was found suffering from heat-related illness around 6:45 p.m. Saturday by three other cyclists on the Palisade Plunge trail, which drops 6,000 feet from Grand Mesa to the Colorado River.

He had been riding alone and was near mile marker 28 of the 32-mile trail, the Mesa County sheriff’s office said.

The cyclists who found him called 911. He was evacuated by helicopter but did not survive

The three other cyclists had also run out of water and were treated for dehydration. “They started with a gallon of water each and ran out about 10 miles before the end of the trail,” the sheriff’s release said.

The Palisade Plunge trail has very little shade and no drinking water; riders are advised they “must bring plenty of water.” The sheriff’s office elaborated that in the summer each person should carry at least 2½ gallons of water, and electrolyte replenishments are also recommended.

The singletrack trail, meant for experienced mountain bikers, opened in July 2021 after years in the works. The project partners describe it as “one of the nation’s premier mountain biking trails, rivaling Moab’s Whole Enchilada.”