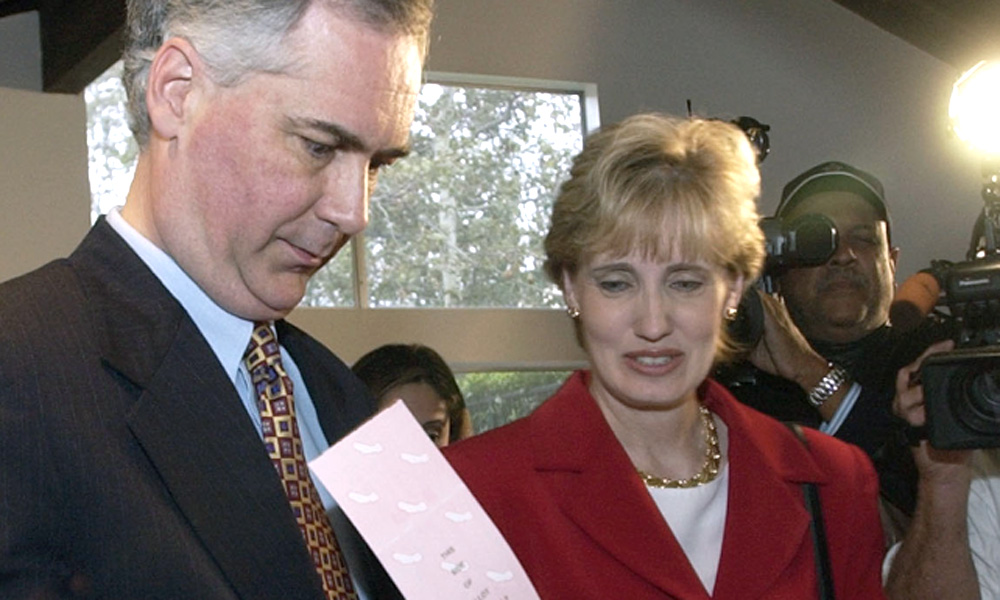 Lori McClintock, 61, was found unresponsive at the couple’s Elk Grove home on Dec. 15 by her husband, who had just returned from Washington, D.C. She reportedly had complained of an upset stomach the day before.

The coroner’s findings were dated March 10 and obtained last month by Kaiser Health News, which reported on them Wednesday.

White mulberry leaf is generally considered safe and can be ingested as leaves, in a tea or in powdered or extract form. It is advertised as an herbal remedy for a wide range of health issues, including diabetes, high cholesterol, cold symptoms, muscle pain and hair loss.

The report did not say how or why McClintock was taking the substance. Her death, it said, was a result of dehydration resulting from stomach and/or intestinal inflammation, which, in turn, was attributed to her ingestion of mulberry leaves.

An obituary the congressman released in December said the couple had been married since 1987 and had two grown children. At age 17, she had moved with her family from Michigan to Thousand Oaks, and as an adult she worked for the Baptist church and as a real estate agent.

Tom McClintock, 66, has served in Congress since 2009; he now represents the 4th District, which covers the Sierra Nevada and its western foothills from Truckee to Fresno County. Before that, he was in the state Legislature for more than 20 years and ran for governor during Gray Davis’ recall.

A Republican, he is currently running against Democrat Mike Barkley for the congressional seat from the reconfigured 5th District, which encompasses much of the same territory as his current district.

McClintock has not commented publicly on the coroner’s report.