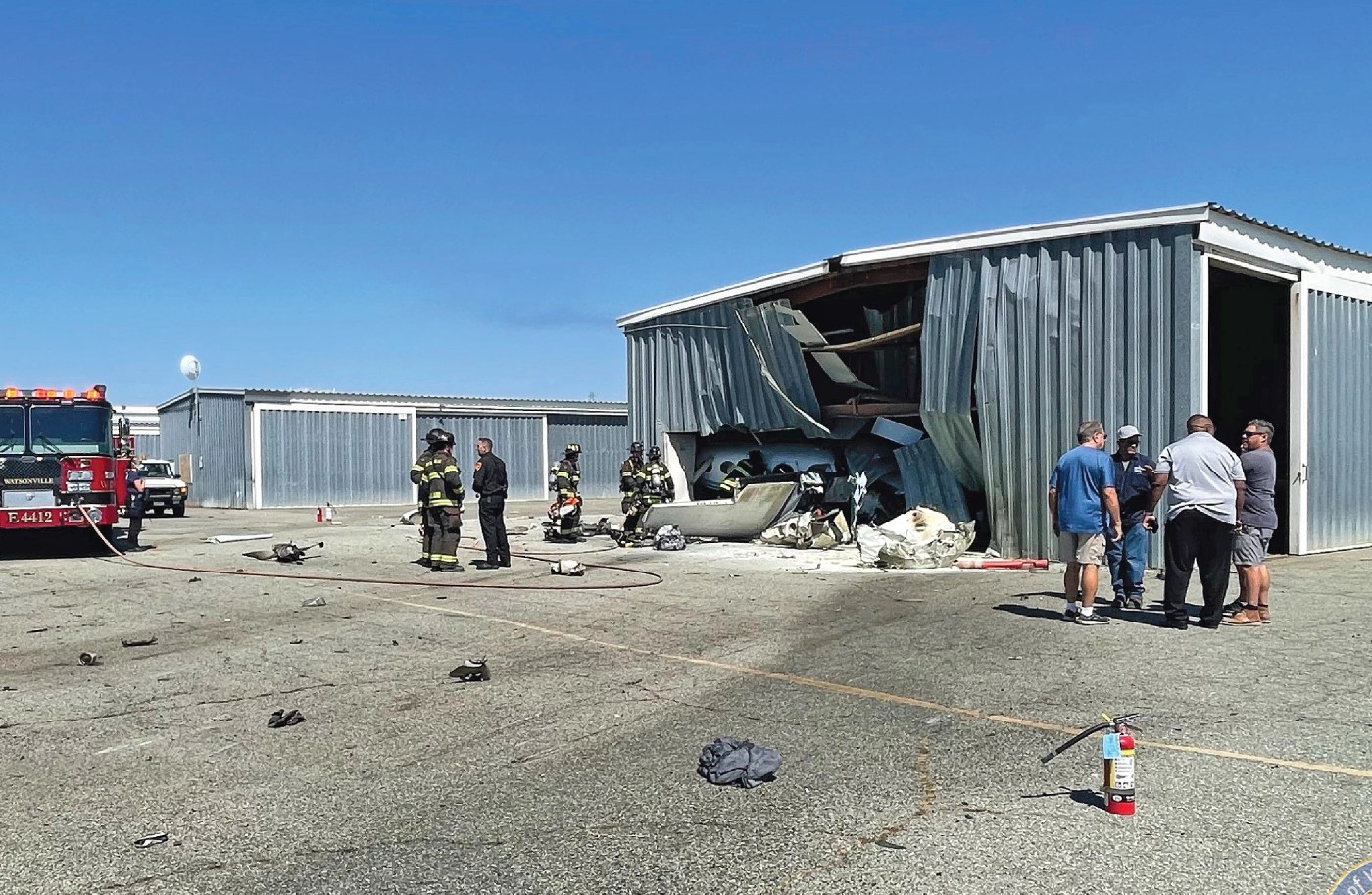 WATSONVILLE – Multiple fatalities were reported Thursday after two airplanes collided while trying to land at the Watsonville Municipal Airport, according to the city.

The collision was reported just before 3 p.m., the city said in a statement posted to social media.

“Multiple agencies responded to Watsonville Municipal Airport after (two) planes attempting to land collided,” the statement read. “We have reports of multiple fatalities.”

Witnesses reported seeing two airplanes collide about 200 feet in the air. Franky Herrera was driving past the airport when he saw a twin-engine plane bank hard to the right and hit the wing of a smaller, single-engine aircraft.

“The smaller plane just spiraled down and crashed right here,” said Herrera, 26, an off-duty law enforcement officer, gesturing toward the mangled wreckage of the aircraft, near the edge of the airfield, about 100 feet from homes along Buena Vista Drive.

Emergency responders had placed a tarp over the smashed cockpit.

Herrera, of Watsonville, said the twin-engine plane continued on, but “it was struggling,” and then he saw flames at the other side of the airport, where initial reports indicated the aircraft had struck a hangar.

In addition to the statement, the city posted a photo of a hangar with a caved in exterior wall.

An investigation is underway into the cause of the crash, the city said.

Multiple agencies responded to Watsonville Municipal Airport after 2 planes attempting to land collided. We have reports of multiple fatalities.