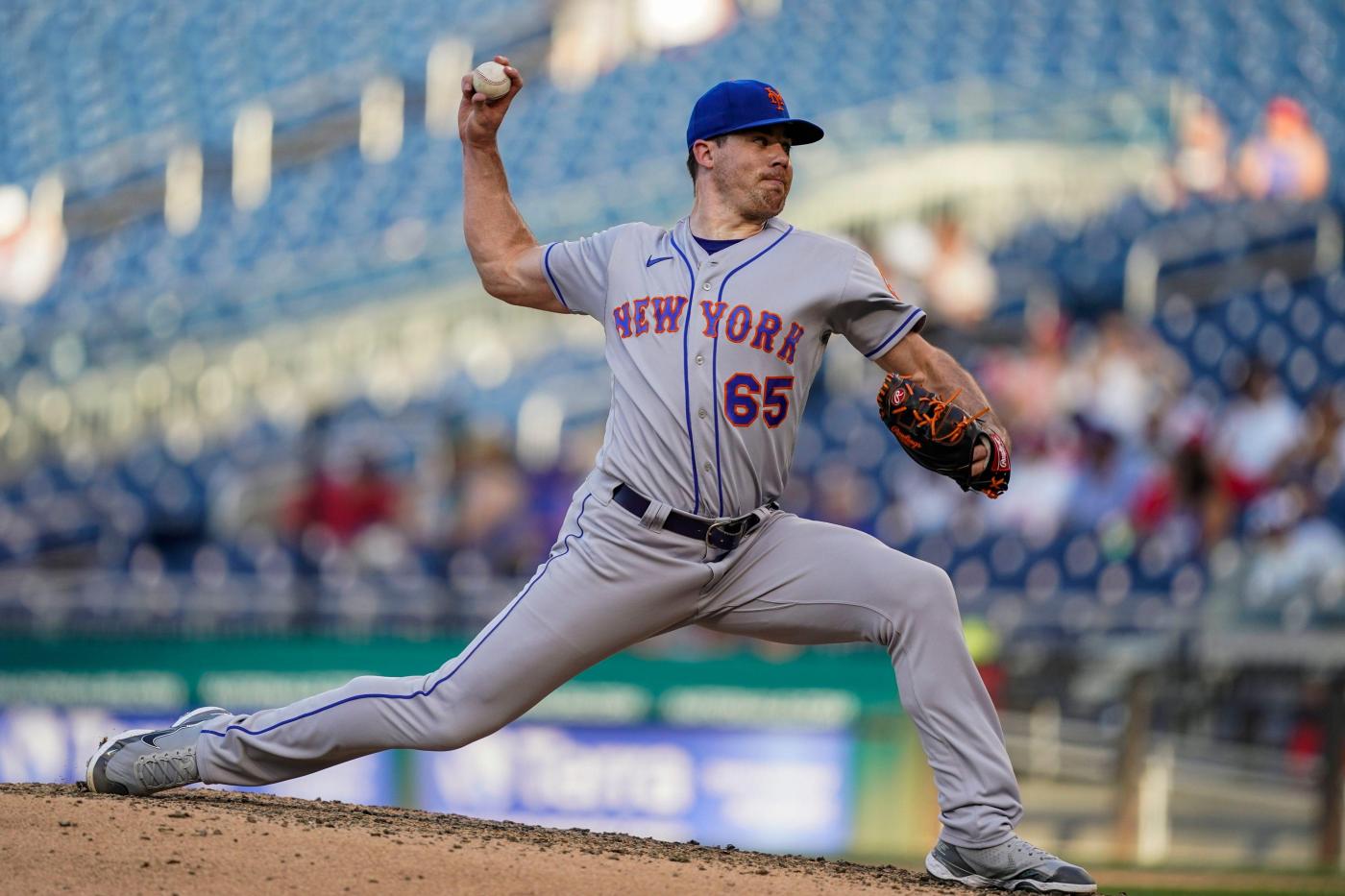 Mirroring a trend that has taken over the regular season, starting pitchers are often yanked at the first sign of trouble, as one misplaced pitch over the middle could be the difference between advancing to the next round and going home.

Because of this, middle relievers have become some of the most indispensable players on any playoff roster. Whether it’s a previously unknown guy riding the best month of his life to a World Series float (Tyler Matzek for the 2021 Braves), an aging former closer who’s been moved to the earlier innings (Sean Doolittle and his 1.74 postseason ERA for the 2019 Nationals) or a rookie who can’t stop striking everybody out (Francisco Rodriguez earning his K-Rod nickname in 2002), having a guy who can lock down the sixth, seventh and eighth innings is one of the determining factors in October baseball.

The Mets, obviously, have the front and back ends of games figured out. Their starting rotation has a fun sort of fire and ice thing going, with Jacob deGrom and Max Scherzer trying to throw the ball through their catcher’s glove, Chris Bassitt and Carlos Carrasco trying to coax as much weak contact as possible, Taijuan Walker somewhere in the middle, and Edwin Diaz lurking as the executioner. The Mets’ starters have also pitched the fourth-most innings of any group in the league, and, paired with an offense that excels in the art of lead-building, the team has eliminated the need for middle relievers to get many tense outs this season.

That will change in the playoffs, when everything is clenched a little tighter. In breaking down the Mets’ current roster, two of these presumed x-factors will be Mychal Givens and Trevor May. Givens was the bullpen’s lone external addition at the trade deadline, while May is the classic internal upgrade, if you buy that line of front office thinking. Last season, Carrasco was hailed as that big acquisition from within. He never looked quite right after overcoming his hamstring issue, finishing with a 6.04 ERA in 12 starts.

If May posts an ERA above 6.00 down the stretch, don’t expect him to be anywhere near the postseason roster. But as he eases his way back — May has not pitched in consecutive MLB games since returning from the stress reaction which kept him down for three months — the right-hander still has his velocity. He’s flirted with 98 miles per hour on the fastball, and on Aug. 9 against the Reds, he recorded each of his three outs via the strikeout.

“Any time you’re forced to take some time off, there’s an opportunity to get better in other ways,” May said earlier this month at Nationals Park, the site of his first post-injury outing. “I’ve always treated it that way.”

As for Givens, who’s been twisting, turning and sidearming his way through the big leagues for the past eight years, deception has always been his calling card. Despite being overwhelmingly right-handed — Joely Rodriguez and David Peterson might end up fighting for the token lefty spot in the postseason pen — Givens thinks that the Mets’ diversity of deliveries can spell trouble for the National League.

“With the stuff we’ve got, all the angles and weapons we have in the pen, I think it’s going to be unique,” he said on his first day in the Mets’ clubhouse. “I can pitch behind a lot of these guys, and it’s going to be really uncomfortable for the hitters.”

All the Mets have on May and Givens, so far, is a very small sample size. The next few weeks are essentially the audition for their prospective playoff role, just as it is for Rodriguez and Trevor Williams, as well as Drew Smith and Tylor Megill whenever they come back from their injuries. Not all of them are guaranteed to make it, of course. But the Mets certainly didn’t trade for Givens, or sign May for $15.5 million, to leave them at home for a Division Series. They have to pitch, and pitch well, to unlock this squad’s full potential.

“Having a good bullpen like this, we can bounce from each other, pass the baton, and try to make each other better,” said Givens. The Mets have the NL’s fifth-best bullpen according to FanGraphs’ Wins Above Replacement, but rank sixth in home runs allowed, a nightmare for close games with everything on the line.

The old pro called Buck Showalter, whom he knew well from 2015-18 in Baltimore, “one of the best managers I’ve had throughout my career” and said “he knows how to win games.”

The same needs to be true for this reliever duo tasked with setting up their blood-curdling closer, the ultimate card up the Mets’ sleeve. For May, who did not even travel with the team for most of the season as he rehabbed his arm, there will be no shortage of incentive.

“It was not hard to be motivated to work every day,” May said of his journey back to the mound. “I tend to blow past milestones and just be like, ‘Alright, what’s next?’ It was kind of a long road, little bit of question marks, so I’m happy about being back on a big-league mound in that context.”