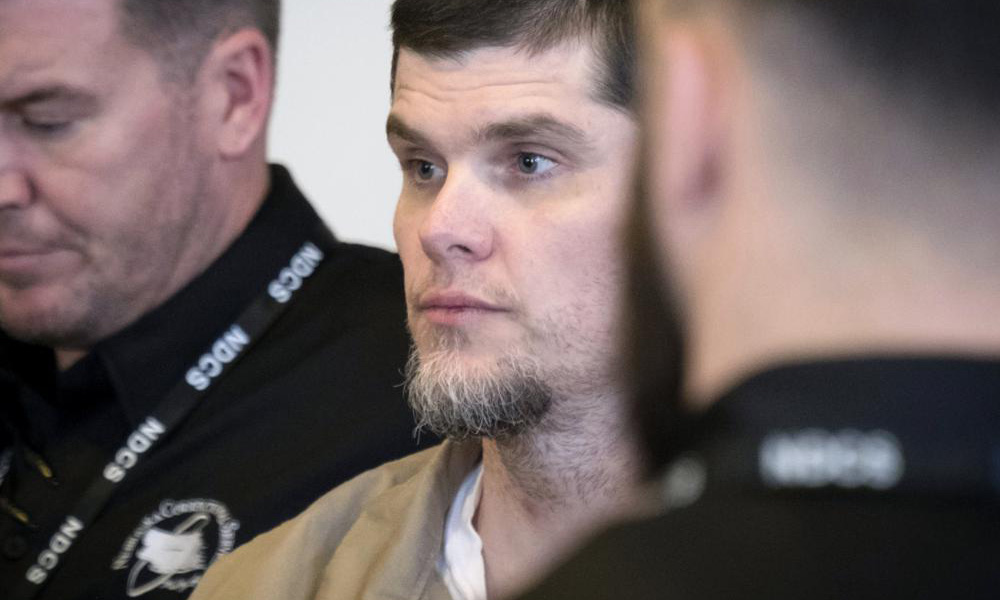 A Nebraska inmate died Monday on death row, where he had been sent after killing the cellmate he said talked too much.

Patrick Schroeder was 45. His cause of death has not been determined, said an official of the Nebraska Department of Correctional Services.

Schroeder was already in Tecumseh State Correctional Institute — site of Nebraska’s death row — when he committed the crime for which he would be sentenced to death.

In April 2017, while serving a life sentence for murder, he was told he would be sharing a cell with another prisoner: Terry Berry, 22, who was nearing release from his sentence for forgery and assault.

On their sixth day sharing a cell, Schroeder strangled Berry, first with his hands and then with a towel. He then summoned a prison guard and asked to whom he would report an unresponsive inmate — then turned on the light so the guard could see Berry on the floor.

When asked if he had strangled his cellmate, Schroeder told the guard: “Yeah, he wouldn’t shut up.”

Berry died four days later when he was removed from life support in a hospital.

In a videotaped confession, Schroeder said Berry was “a punk” and “a loudmouth” who refused to clean up after himself. The last straw, he said, was when Berry wouldn’t quit talking as they watched an Ultimate Fighting Championship bout on television.

Schroeder pleaded guilty to the attack and did not challenge the death sentence.

In a 2018 interview with Nebraska Public Media, Schroeder said he hadn’t wanted a cellmate, particularly given that the 7-by-12-foot cell was set up for one person, and that Berry was a particularly bad choice.

“Honestly, I knew as soon as they moved him in my room on April 10 that it was probably going to end up in that situation, ” he said. “I’m doing a life sentence, I’m never getting out, and he’s in here for writing some checks. There was no compatibility at all.”

A civil lawsuit filed by Berry’s family said a guard had warned prison supervisors it would be a bad idea to put the two men together, as Berry was “very talkative and bothersome” and Schroeder was unlikely to tolerate that, the Omaha World-Herald reported. The suit was settled last year for $479,000.

The murder for which Schroeder was initially sent to prison was a 2006 attack on Kenny Albers, a 75-year-old Pawnee City farmer for whom Schroeder had worked.  Three days after he deposited a forged check for $1,357 from Albers’ account, Schroeder went to the man’s home, beat him with a nightstick and dumped him in a well.

Since 2006, four other Nebraska death row prisoners have died of natural causes.  In that time, one has been executed: Carey Dean Moore, in 2018. He had been on death row 38 years for killing two Omaha taxi drivers.

In 2015, the state Legislature abolished the death penalty. The following year, voters reversed the decision, and capital punishment was restored.