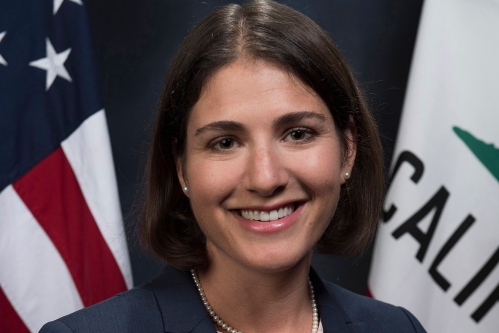 For those experiencing a mental health crisis or feeling suicidal, a new, simpler way to obtain help is now available. Just call 988.

The number made its debut in the Bay Area and across the country Saturday. The hope is that it will provide an alternative to 911 for people experiencing mental health emergencies. Nearly one in five U.S. adults has a mental illness, according to the National Institute of Mental Health. The easier we can make it for those in need to get help, the better.

The three-digit number will connect callers to the National Suicide Prevention Lifeline, which has a network of more than 200 crisis centers across the country.

The Bay Area is fortunate to be home to six of California’s 13 crisis centers, including those in Alameda, Contra Costa, Marin, San Francisco, San Mateo and Santa Clara counties. Bay Area residents calling 988 will be routed to their local crisis center, which is equipped to provide support and available resources.

Then-President Trump signed Stewart’s legislation into law in 2020, and it has taken two years to put the proper infrastructure in place. The bill gives states the authority to levy fees on wireless bills to pay for infrastructure costs and adding additional staffing to mental health crisis centers.

In California, Assemblywoman Rebecca Bauer-Kahan, D-Orinda, has authored legislation (AB 988) designed to provide ongoing funding for the system and associated services. The legislation, which has bipartisan support, has passed the Assembly and is pending a hearing in the Senate Appropriations Committee. The Bauer-Kahan legislation would charge an $0.08 per access line per month for the 2023 and 2024 calendar years, and beginning Jan. 1, 2025, the rate would be determined by the California Office of Emergency Services but will not exceed $0.30 per access line per month.

The charge would raise about $28 million a year to fund the 988 infrastructure and provide additional crisis center staffing, including mobile crisis response teams. Mental health experts are expecting a 30% increase in call volume.

In California, an estimated 1.2 million adults have a serious mental illness, and 5.5 million have some kind of mental health condition. More than half do not receive treatment for their illness.

These conditions are biologically based brain disorders — physical problems such as heart disease or cancer. Medical professionals know that three out of every four people with serious mental illnesses can be successfully treated. It’s imperative that California publicize the new 988 number and reach out to help people in need.