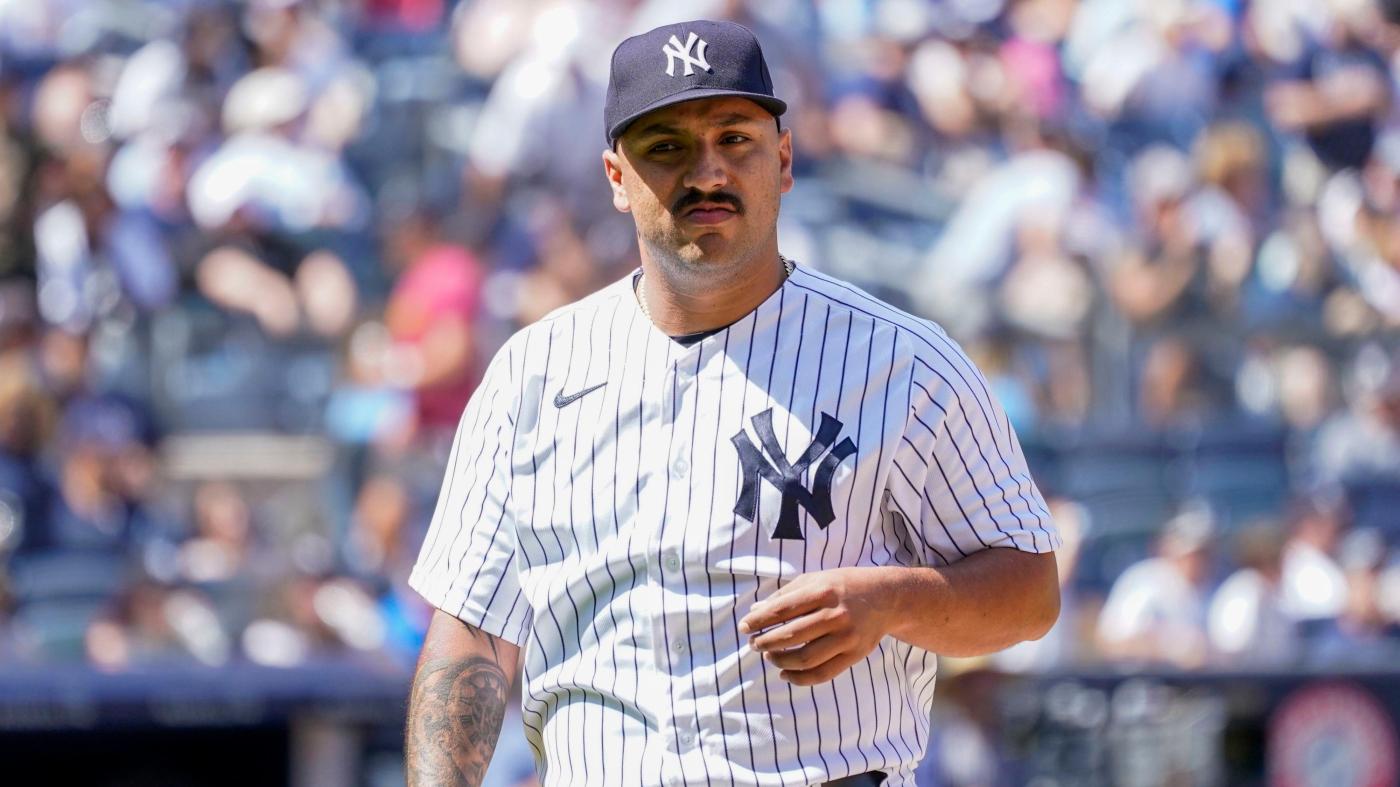 Nestor Cortes feels fine. The Yankees lefty threw five solid innings Saturday in the Bombers’ 8-2 win over the Royals at Yankee Stadium. With that, he’s thrown 106.2 overall this season and is inching close to where he topped out last season.

That had been a concern about the 27-year-old coming into the season. He has never pitched more than 93 in the big leagues and threw just 108 between the majors and minors last year.

Cortes held the Royals to two runs on five hits and two walks Saturday. He struck out five. He has allowed three earned runs or less in 16 of his 19 starts this season and two or fewer in 14 starts.

Yankees manager Aaron Boone admitted they are managing his workload in the second half of the season.

“Being at 90 pitches through five there,” Boone said, “there was some consideration in my mind of sending them back out there at least for (Hunter Dozier and then the lefty (Vinnie Pasquantino). I was considering that but then just kind of worked it through with (Corlos Mendoza and Mtt Blake) thought w he’s worked hard today , it’s a hot day and innings. Do I really want to push them through two hitters? We were set up pretty well with (Sroldis Chapman) and we had Clarke (Schmidt) down there for length if we had a lead.”

Chapman, who has struggled of late, pitched his third consecutive scoreless inning, striking out two. It was just the former Yankees closer’s second  successful back-to-back appearance since coming off the injured list July 2. The other back-to-back scoreless innings were against the Pirates July 5-6.

“He’s thrown his fastball for strikes again and I think it’s delivery related. I think it’s focus related, not that he’s not focused, but I mean, he’s just focused on just being efficient with his delivery,” Boone said.

Chapman spent six weeks on the injured list after suffering an ankle/Achilles injury. Much of that time was working on his delivery after he gave up two earned runs and could only record one out on May 22. The 34-year old said he made some mechanical changes that have given him more confidence in the fastball.

DJ LeMahieu tied a season high with his three hits Saturday, including a leadoff home run. It was his first leadoff homer of the season, the 15th of his career and the fourth by a Yankee It was LeMahieu’s 10th home run of the year.

“It’s been remarkable, it really has,” Boone said. “He’s just getting on base at such a high level. I’ve just really enjoyed watching his at-bats, especially, just his understanding of having Aaron (Judge) behind him. In big situations, to watch him work at bats with that in mind, it’s been impressive.”

Giancarlo Stanton, who was placed on the injured list Tuesday with left Achilles tendinitis, has not begun baseball activities, Aaron Boone said.

“He’s doing pretty well. I mean, you know, not doing much yet,” Boone said. ” I know he’s making progress.”