New York state has finally lifted mask orders for all public transportation – a decision coming months after many ditched their face coverings despite mandates from leading officials.

Kathy Hochul, who took the office of Governor last August after the ousting of Andrew Cuomo, announced the lifting of the order during an event in New York City Wednesday where she also received the recently made available Omicron booster.

Many New Yorkers had already given up on using masks, though. Some residents of the Empire State even took to Twitter to mention that they did not even know that they were still necessary – as usage of face-coverings was sparse and rules went unenforced.

The move comes as some officials are optimistic about the nation’s ability to avoid a fall and winter Covid surge this year – after devastating outbreaks struck the U.S. the two previous years.  The feared BA.5 summer surge never materialized, and now with the Omicron-specific booster experts are hopeful the virus will be brought under control. 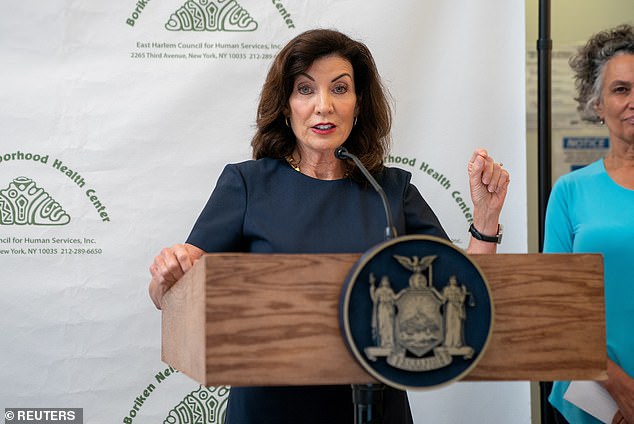 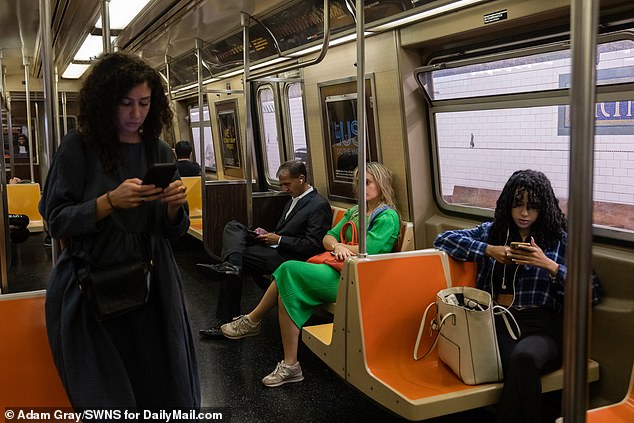 Mask wearing on New York transit was already sparse. Some residents said that they did not even know the orders still existed as they were largely ignored and unenforced. Pictured: People ride the subway maskless on September 7, 2022

She continued: ‘[The masks have] always been a visible reminder that something is not normal here and it was there for the right reason. It protected health.

‘We’re in a far different place than we had been.’

Face coverings will still be required in health facilities and in nursing homes. Individual private entities are allowed to set mask and vaccine requirements for themselves.

Previous research found that levels of mask wearing on public transit in New York City and its surrounding areas was reaching pandemic-lows in recent months.

Some even said on Twitter that they were unaware that the mask orders were even active still.

‘People were still wearing them?’ on Twitter user asked.

‘bruh I didn’t wear a mask that whole time and no one said anything??’ said another.

Others mentioned how rare mask wearing had become in recent months.

‘I’ve seen less than 20 mask-wearers on the subway in the last week alone. Nobody wears masks on the train anymore except a very small handful of people,’ one user said.

‘Shoot, even in the taxis, I’ve yet to see a driver with a mask on for over 3 months. That’s how long it’s been.’

Covid cases in New York have dropped 28 percent over the past two weeks, with the Empire state now averaging 3,981 cases per day.

While many feared this summer would be struck by a Covid surge fueled by the BA.5 variant, the sharp increase in cases never materialized.

Daily case figures topped out at around 7,600 per day over summer, hardly enough to reach heights set by previous outbreaks of the virus.

Bizarrely, the state kept its mask orders in place despite the lack of active danger from the virus.

The CDC’s blanket mask order for public transit in America was lifted by a federal judge in April.

Some individual localities chose to keep orders in place, including New York. Mask orders had been rolled back basically everywhere else in America in the months since, though.