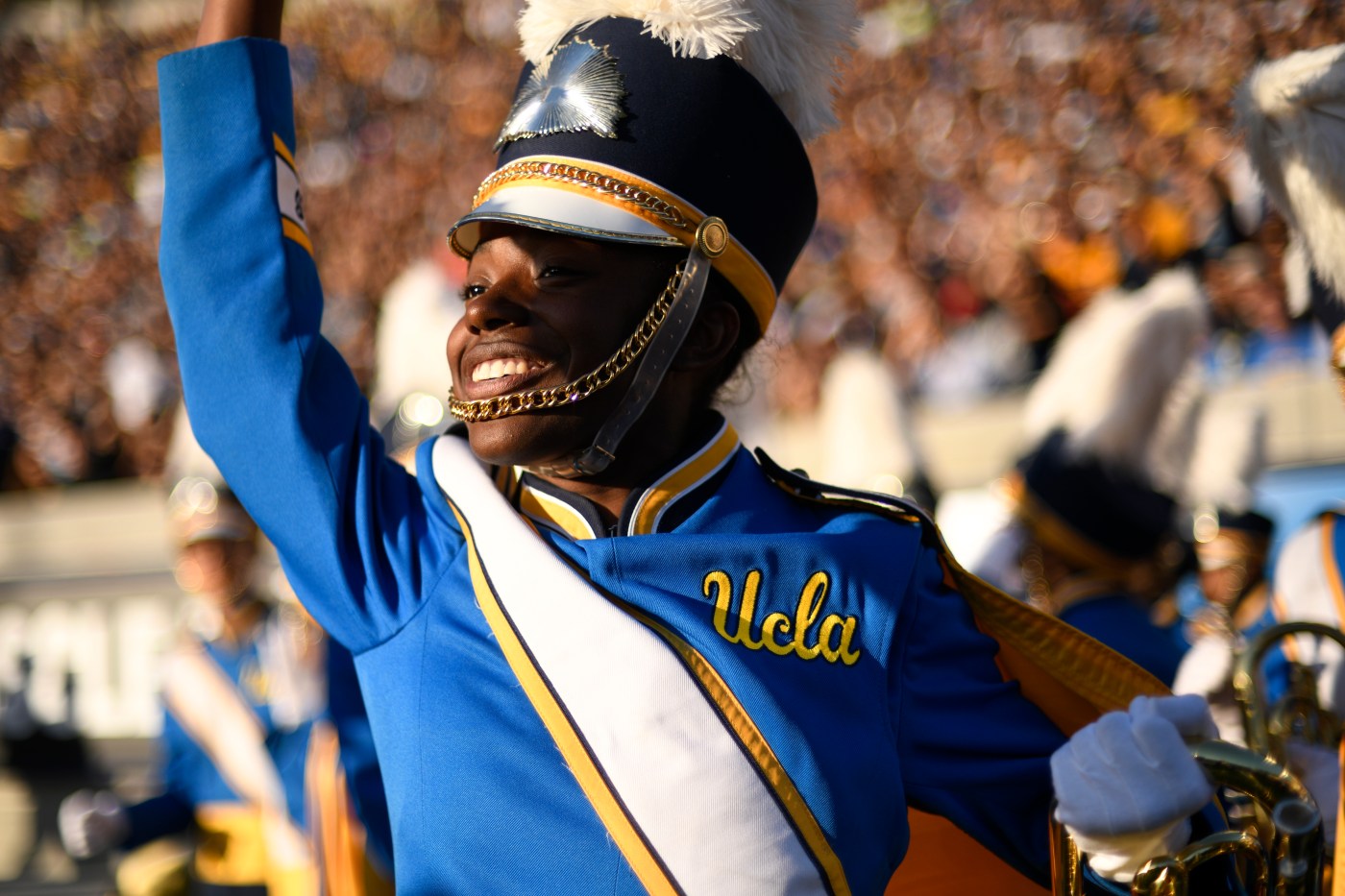 Gavin Newsom railed, the UC regents convened and UCLA’s departure to the Big Ten remained squarely in the political realm. But on an eventful Wednesday in San Francisco, nothing suggested the Bruins won’t jump conferences in the summer of 2024.

The controversial move, which became official June 30, had been scheduled for discussion Thursday at a closed session of the University of California Board of Regents.

Instead, it was switched onto Wednesday’s agenda, presumably to fit Newsom’s schedule. And he reportedly made a rare, but nonetheless appropriate, appearance. As governor, he is a Regent Ex Officio (non-voting).

The issue was listed as a discussion and included no action item, “thus no vote can be initiated,” according to a UC spokesperson.

But that didn’t stop Newsom from blustering about the process and ramifications of UCLA’s move.

“The first duty of every public university is to the people — especially students,” Newsom said in a statement published by the L.A. Times.

“UCLA must clearly explain to the public how this deal will improve the experience for all its student-athletes, will honor its century-old partnership with UC Berkeley, and will preserve the histories, rivalries, and traditions that enrich our communities.”

Without UCLA and USC anchoring the Pac-12 to the massive Los Angeles media market, the conference is fighting for survival. In a best-case scenario, it will remain intact but lose hundreds of millions of dollars annually in media rights.

That could create a treacherous situation for Cal, which supports 28 Olympic sports and depends on $25 million annually from central campus to fund athletic operations.

The move is also expected to place a heavy burden on UCLA athletes because of the travel demands that come with membership in a conference based in the Eastern and Central time zones.

Michael Drake, the president of the University of California system, was aware of UCLA’s move prior to it becoming official on June 30 but had no authority to stop it, according to a UC spokesperson, who issued the following statement to the Hotline earlier this month:

“UCLA leadership informed President Drake that discussions between UCLA and the Big Ten were occurring but he was not involved at all in those discussions or in any negotiations. UCLA remains best positioned to answer your questions as decisions related to athletics are formulated and executed at the campus-level. There is no requirement for a decision from the University of California Board of Regents or the Office of the President.”

(Drake is a former president of Ohio State, a key member of the Big Ten, and also serves as chancellor of UC Irvine.)

It is not clear what, if any, steps Newsom, the UC Regents or the state can take to stop the Bruins from departing for the Big Ten.

However, the UC system receives billions in state funding each year.

Multiple sources have suggested UCLA could be asked to subsidize Cal’s athletic department with a portion of the revenue headed its way in the Big Ten.

Had the Bruins remained in the Pac-12, they likely would have received approximately $40 million annually from the conference in media rights.

In the Big Ten, that figure is expected to double immediately and could reach $100 million annually by the close of the decade.