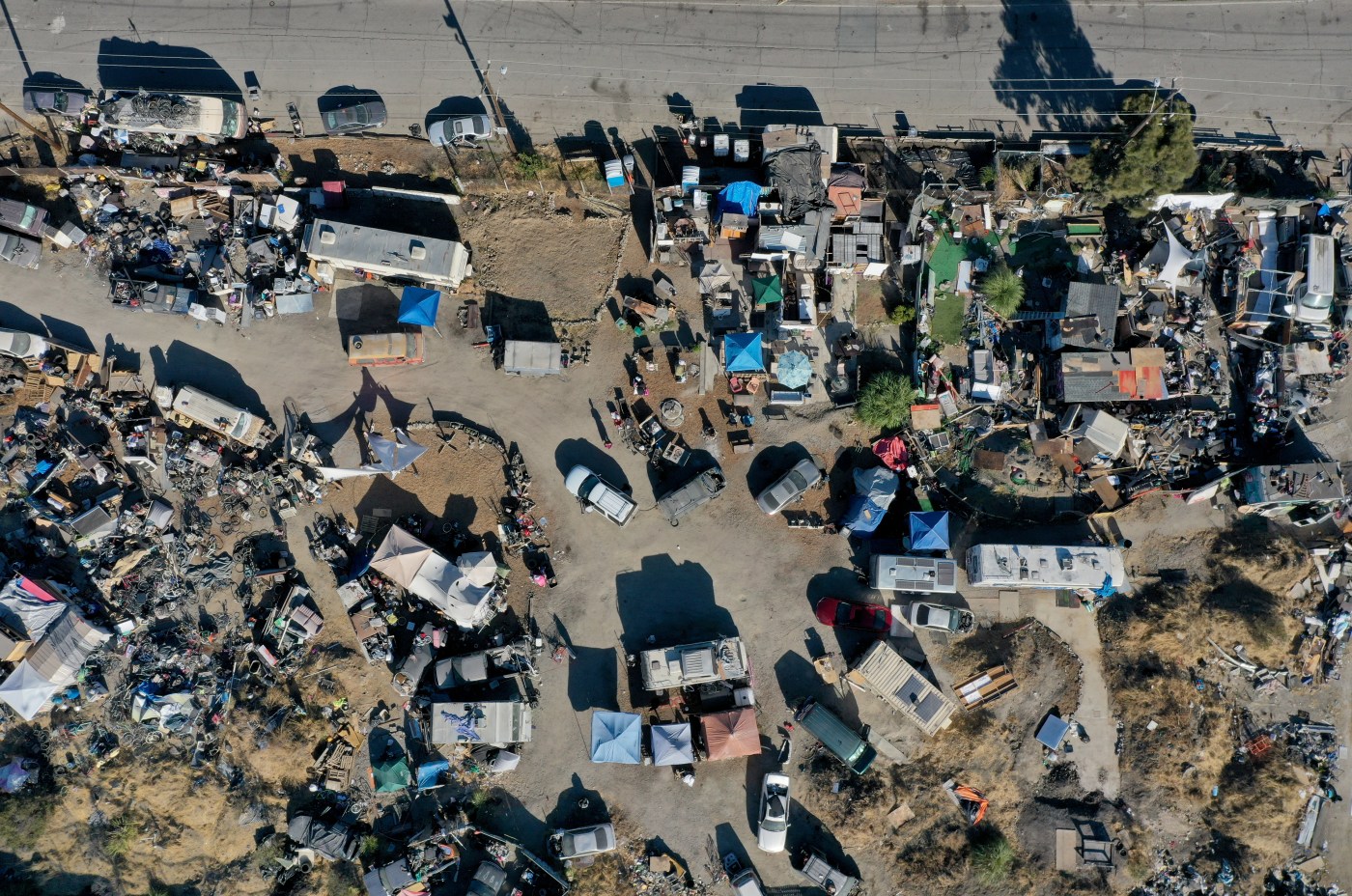 In a letter to Oakland City Attorney Barbara Parker, the governor’s office accused the city of washing its hands of the majority of the Wood Street homeless encampment residents because they are camped on land that is owned by Caltrans — not the city.

“We write today out of concern that the city of Oakland is aiming to avoid responsibility for providing shelter and housing assistance to individuals at the dangerous encampment commonly known as ‘Wood Street,’ despite significant state funding the City has received, and is receiving, for this purpose over the last two years,” Ann Patterson, Newsom’s legal affairs secretary, wrote.

Newsom has made clearing California’s homeless encampments a priority, and the state has allocated $300 million to Oakland and Alameda County to fight homelessness since the COVID-19 pandemic began — including $4.7 million recently awarded to Oakland specifically to address the Wood Street encampment. In its letter, the governor’s office threatened to redirect state funding to other local governments that are “willing and able to serve the residents of Oakland in fulfillment of clear responsibilities outlined in state law.”

Several hundred people are estimated to live in tents, make-shift shacks, cars and RVs along several blocks of Wood Street and in adjoining vacant land owned by Caltrans. The camp has been a major point of contention for months, particularly after a fire there last month sent clouds of black smoke billowing through the area and closed portions of the Interstate 80 and 880 overpasses. Another fire Tuesday, which ignited an RV and debris surrounding the vehicle, brought 20 firefighters to the scene.

Following the first fire, Caltrans said it planned to close the camps on its land — displacing an estimated 200 people — by the first week of August. A group of encampment residents promptly sued, and late last month, a federal judge ruled the transit agency cannot close the camp until at least the end of August, because it has yet to formulate a plan to relocate the residents. Both sides are scheduled to appear in court again next week to determine next steps.

In his order, U.S. District Judge William Orrick ordered Caltrans to work with officials from Oakland, Alameda County and Newsom’s office to figure out where the encampment residents can go. City spokeswoman Jean Walsh said Oakland has engaged in those talks.

“City discussions with Caltrans and the county have identified possible options to support Caltrans’ shelter needs,” Walsh said in an email. “All parties are working to identify resources necessary to support sheltering approximately 200 individuals on state land.”

But Patterson’s letter claims the city only recently “finally confirmed” a meeting time with Caltrans’ attorneys to discuss the city’s role in mitigating the encampment.

The city resumed work clearing the portion of the camp on Wood Street this week, but specified it does not have authority to clear or manage encampments on Caltrans land. City outreach teams have engaged with more than a dozen people living on Wood Street — six accepted placements in shelters, four agreed to move into a safe RV parking site, and three declined the city’s offers.

City officials plan to use the $4.7 million grant from the state to build a 50-unit shelter on the site modeled after the tiny home or “cabin communities” Oakland has stood up in half-a-dozen other locations throughout the city. It plans to later add an additional 50 units.

In the meantime, Caltrans said the agency will “continue coordinating” with Oakland and the county.

“Caltrans’ responsibility is to ensure the safety of the traveling public and to protect and maintain California’s highway infrastructure,” spokeswoman Janis Mara wrote in an emailed statement. “The court’s temporary order will delay efforts to address the increasingly serious safety risks to life, property and infrastructure at the encampment, including from the recent fire that prompted the closure of the MacArthur Maze.”

Newsom’s office asked the city to respond to its letter by Friday.

“Under state law, working with homeless individuals to identify housing or shelter alternatives is a local, not a state, responsibility,” Patterson wrote. “Accordingly, our office expects the City to take steps consistent with its responsibility, including offering temporary shelter for individuals in the Wood Street encampment. Failure to do so may result in the redirection of discretionary funding sources.”