No. 2-ranked WR transfers from Valley Christian to Mater Dei 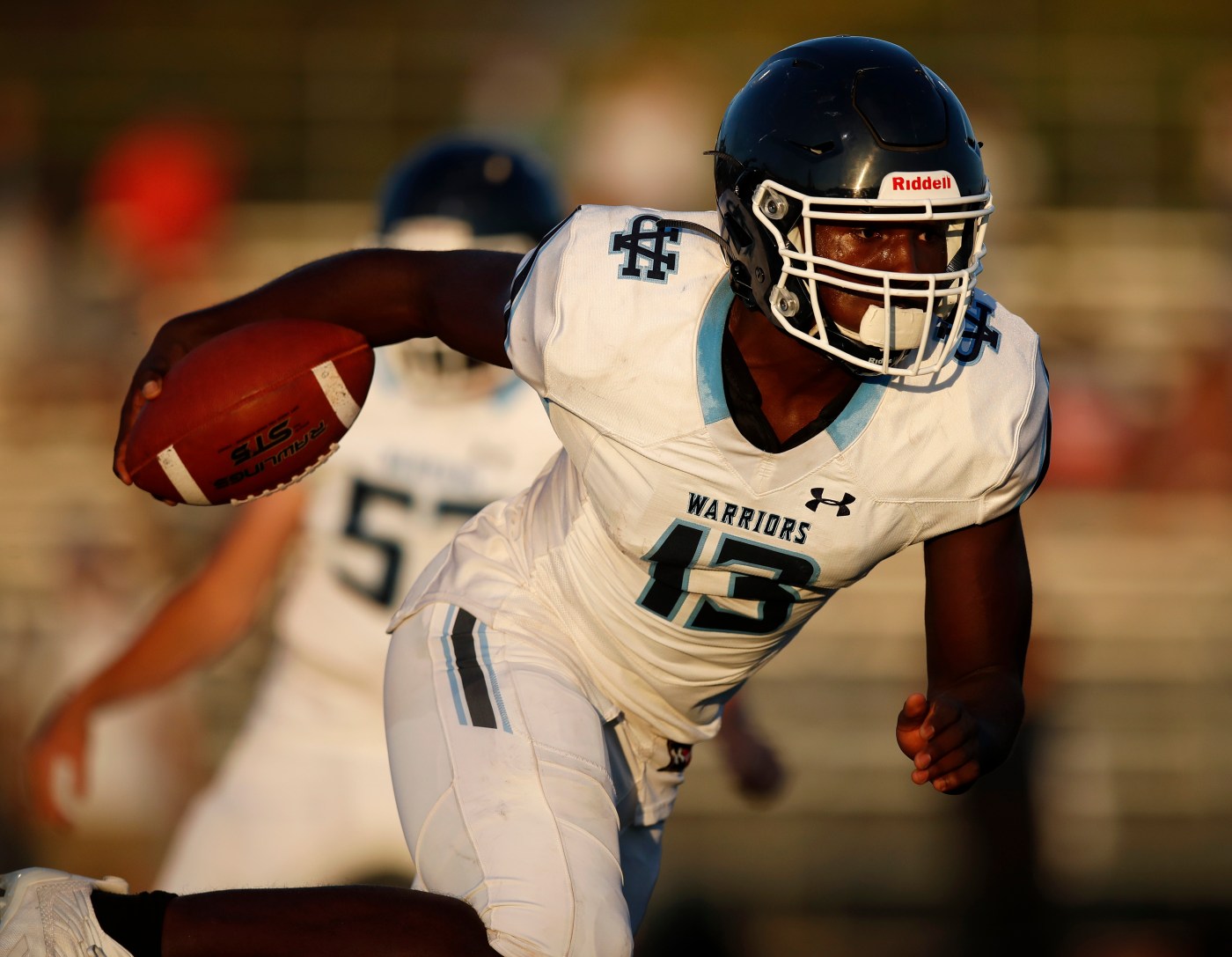 One day after word got out that one of the Bay Area’s top high school football players is leaving his current school, his destination became known, too.

Five-star wide receiver on Oregon commit Jurrion Dickey will be heading from Valley Christian in San Jose to Mater Dei of Santa Ana Southern California, according to Mitch Stephens of SportsbookLive.

Valley Christian head coach Mike Machado told the Bay Area News Group about Dickey’s transfer away from his school on Thursday, but said he did not know exactly where the star wideout would be landing. It was believed he would be heading south, likely to one of the nation’s top football powehouses.

Mater Dei would most certainly qualify as one of those schools, as they won the Open Division championship last season, defeating Serra-San Mateo 44-7. Over the years, the Monarchs have landed several high-profile transfers from Northern California, most recently nabbing then-sophomore halfback Raleek Brown from Stockton in 2020 before he became a four-star recruit. Brown is going to begin his freshman season at USC this fall.

Dickey’s family did not respond immediately to a request for comment. Machado said on Thursday he understood the family’s decision and he harbors no ill will about the transfer.

“As I talked with him, it seemed to be the case that it was a better situation for his family,” Machado said. “Jurrion is a great kid and we’re going to miss him, and we wish him the very best and will be rooting him on from up here.”

Dickey, who had been on Valley Christian’s varsity team since his freshman year, earned first-team all-Bay Area News Group selection and the West Catholic Athletic League’s receiver of the year in 2021. He led the Central Coast Section among stats reported to MaxPreps with 78 receptions for 1,304 yards and 19 touchdowns, while also intercepting four passes, returning one for a TD, and scoring three TDs on kick returns.

He gained national notoriety in February when a video from a Summer 2021 seven-on-seven game went viral, earning him and his mom an appearance on the Kelly Clarkson Show. At the end of the segment, Clarkson told Dickey and his mom that Pilot Pen, a show sponsor, was giving them $1,000.