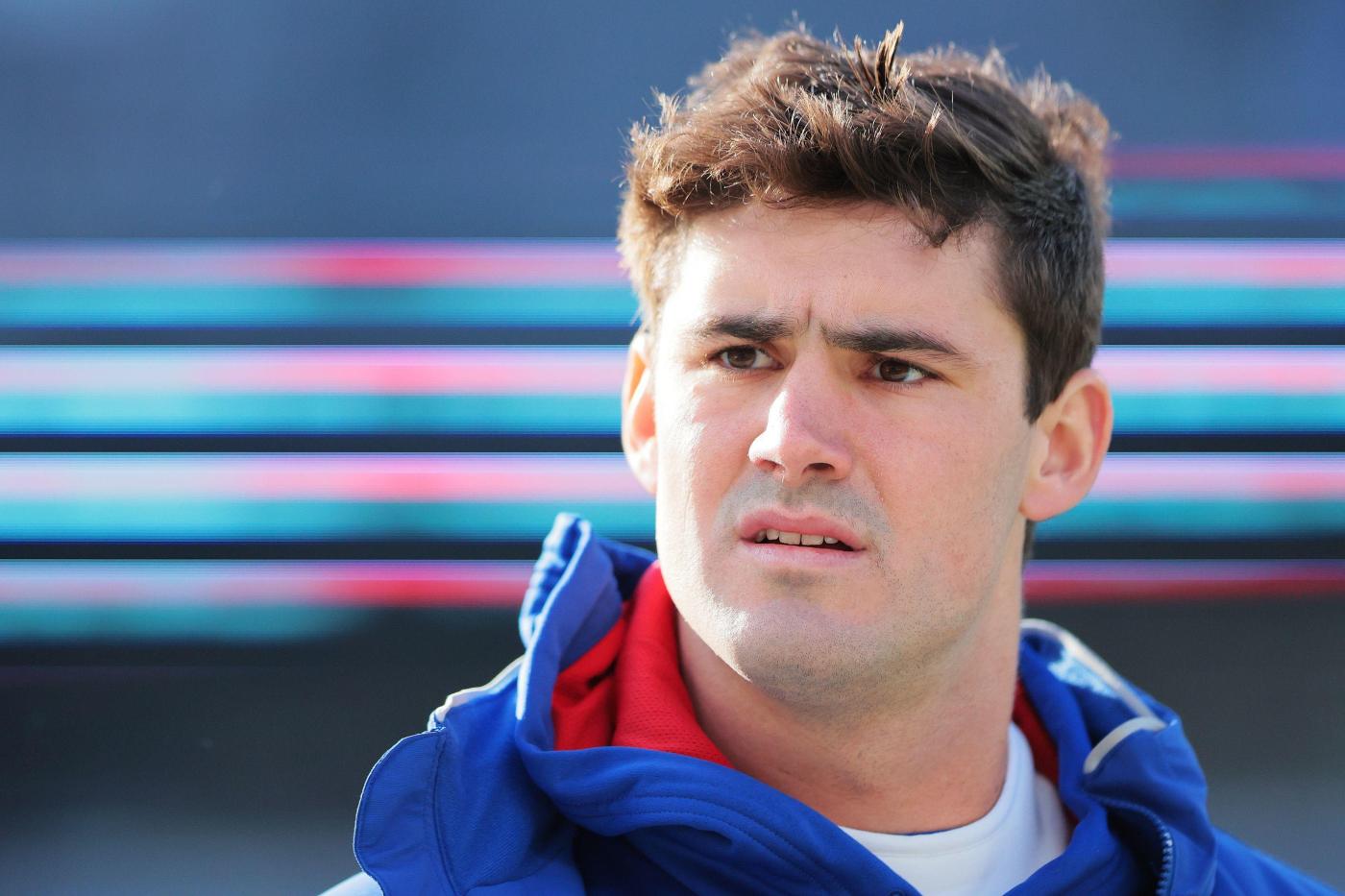 New Giants GM Joe Schoen and head coach Brian Daboll have a full season to evaluate whether Daniel Jones is their quarterback of the future.

But what if they don’t need that long to make up their minds?

The assumption has been that Jones will start in Week 1 at Tennessee and receive an extended audition to make his case, deep into the fall at least.

Schoen and Daboll got these jobs because they helped draft and develop Buffalo’s Josh Allen, however. They have proven recently that they know a star QB when they see one.

And they have already worked with Jones for a full spring entering Tuesday’s start to training camp in East Rutherford.

So it is not a stretch to imagine a hypothetical scenario in which Schoen and Daboll could decide as soon as this summer that Jones isn’t the answer and pivot accordingly.

That could mean naming veteran ‘backup’ Tyrod Taylor the Week 1 starter. That could mean starting Jones but pulling him for Taylor in Weeks 2 or 3 if they don’t see immediate gains.

That could be why host Colin Cowherd recently called the Giants his “leader in the clubhouse” to acquire San Francisco 49ers QB Jimmy Garoppolo in a trade.

Because while the most widely accepted scenario involves Jones auditioning deep into November or December during a rebuilding year, Schoen and Daboll need to put the best version of their current roster on the field.

They want to evaluate their whole roster, offensive weapons included, and they need to play whichever quarterback will help them do that best – assuming those weapons can stay on the field.

Co-owner John Mara said in January that he’d be “very surprised” if Jones isn’t the Giants’ Week 1 starter. But Mara and co-owner Steve Tisch are tired of losing. And the organization already sent a clear message by declining Jones’ fifth-year option for 2023.

Daboll is here because of the meteoric leap Allen took with the Bills under his guidance. Still, that does not guarantee Daboll can work the same magic with Jones.

The suggestion of a Garoppolo trade seemingly came out of left field, and it admittedly seems unlikely.

The Giants would have to offload a lot of salary to take on his $26.9 million cap hit. They’d probably have to surrender at least one high draft pick, which they’re not eager to do.

Garoppolo is coming off surgery to his throwing shoulder. And the Giants already gave Taylor real money ($10.9 million guaranteed) on a two-year deal in free agency.

But the idea that the Giants might already be seeking an upgrade at starting quarterback is not far-fetched, depending on how far along Schoen and Daboll are in their evaluation of Jones.

The tricky part of bailing on Jones early, of course, would be that this year’s Giants team is not built to win (over/ under seven at Superbook New Jersey). And losing could help them get their quarterback of the future in next spring’s NFL Draft.

Rolling with Jones deep into the season hopefully gives him his best chance yet to win with a better offensive line, smarter play-calling and a more complete skill group.

If Jones and the Giants continue to struggle, though, Schoen and Daboll already have acknowledged that this year is going to be difficult given the club’s salary cap constraints and roster makeup.

There would be nothing unexpected about giving Jones every last opportunity to turn his season around while knowing that every loss also might bring the Giants closer to Alabama QB Bryce Young or Ohio State QB C.J. Stroud in the 2023 draft.

With the future as priority, Schoen still patchworked a roster with one-year veteran minimum signings this spring, in an attempt to compete against a seemingly favorable schedule.

So Schoen and Daboll owe it to the other players to play the best quarterback, and they owe it to their rebuild to pull the plug on something if and when they determine it’s best for their team.

There is no guarantee, therefore, that Jones’ evaluation will last deep into the 2022 regular season. And that is why every day of training camp matters for the fourth-year QB and for the Giants’ future at the most important position in the sport.