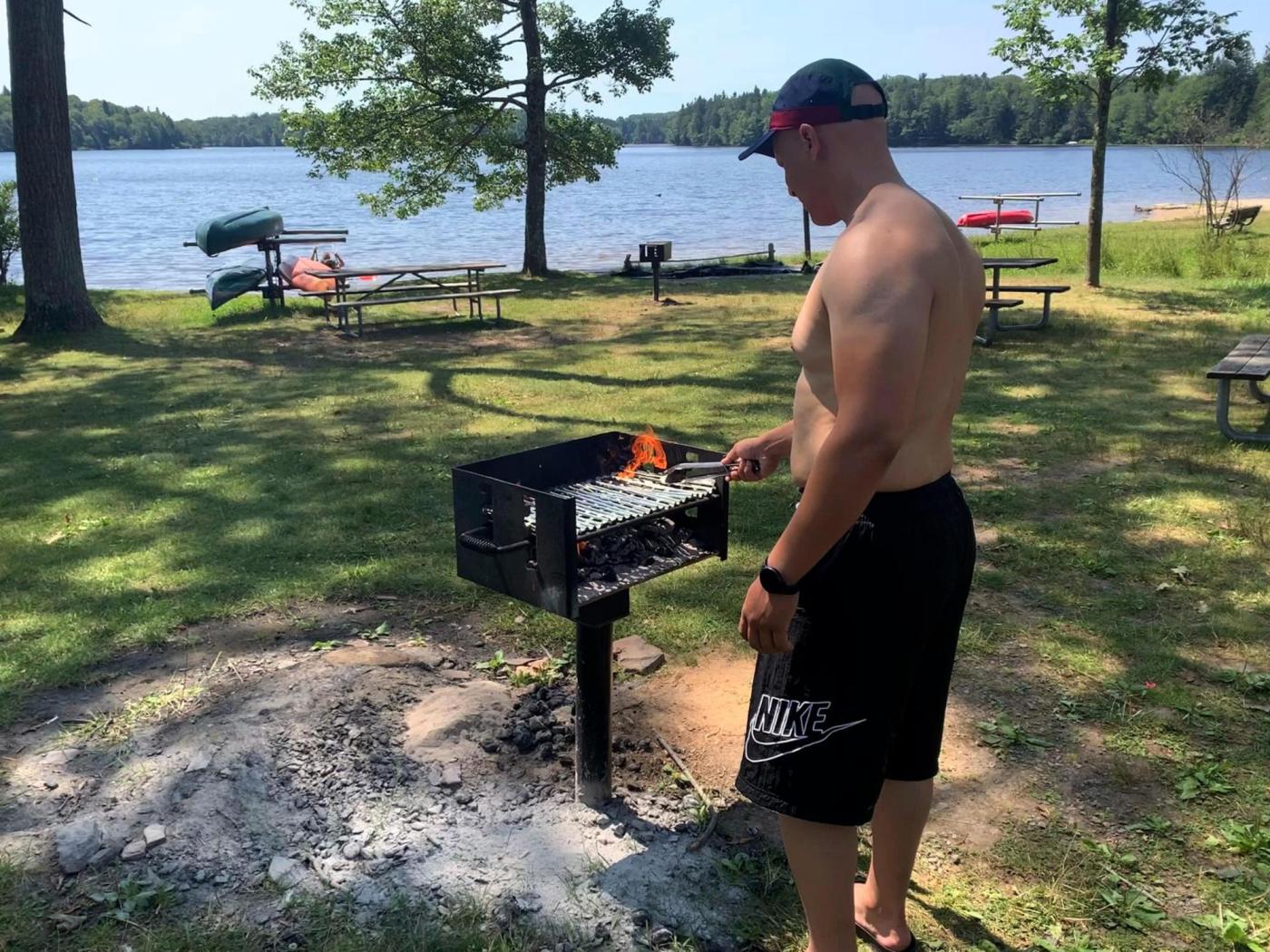 Those with the resources fled to pools, beaches and higher elevations like Promised Land State Park, at 1,800 feet (550 meters) in Pennsylvania’s Pocono Mountains and a drive of about 2 1/2 hours from New York City and Philadelphia.

From the Pacific Northwest to the southern Great Plains to the heavily populated Interstate 95 corridor, more than 85 million Americans woke up Sunday to excessive heat warnings or heat advisories issued by the National Weather Service. The agency warned of “extremely oppressive” conditions from Washington to Boston.

Even in Promised Land, temperatures were forecast to soar above 90 (32 Celsius), but with shade from the forests, cool lake water and mountain breezes, it was more than tolerable, visitors said.

Rosa Chavez, 47, a high school teacher in Manhattan, applied sunscreen at a beach on Promised Land Lake. She and friend Arlene Rodriguez, who accompanied her, had just experienced Europe’s own heat wave while vacationing last week in Florence, Italy.

“The heat is following us,” said Rodriguez, 47, a real estate agent and property manager.

Numerous record highs were forecast to be tied or broken in the Northeast, the weather service said.

Philadelphia was forecast to hit 100 degrees (38 Celsius) Sunday before even factoring in humidity. At least one heat-related death, in New York, has been reported. Around the region, athletic events were shortened or postponed.

Philadelphia officials extended a heat emergency through Sunday, sending workers to check on homeless people and knock on the doors of other vulnerable residents. The city also opened cooling centers and stationed air-conditioned buses at four intersections for people to cool off.

Organizers of the New York City Triathlon shortened the distances that athletes had to run and bike. This weekend’s Boston Triathlon was put off until Aug. 20-21.

On the West Coast, forecasters warned of extreme heat arriving early this week and lingering until the weekend. Temperatures could break daily records in Seattle, Portland and Northern California by Tuesday and be the highest since a heat wave last year that killed hundreds of people across the Pacific Northwest.

Many homes in the often-rainy region lack air conditioning, and authorities cautioned that indoor heat is likely to build through the week, increasing the risk of heat-related illnesses, something emergency medical officials in Boston also warned of.

Chavez, in Promised Land, said she has asthma and needs to keep her inhaler around, especially “when the heat is so thick I can’t breathe.” The breezes and clearer air in the mountains help, she said.

It was already over 80 degrees at midmorning as Mhamed Moussa Boudjelthia, a 31-year-old Uber driver from Queens, fired up a grill at the beach to make kebabs. He and another friend from Queens had fled the hot chaos of the city for the day.

“There, it’s really hot,” Boudjelthia said. “There’s too much humidity, too.”

His friend, Kamel Mahiout, 35, agreed as he stood in a cooling breeze: “It’s crazy in New York City.”

The heat was withering even less than an hour away, at lower elevations. In Scranton, Pennsylvania, Sunday’s high was expected to be 97, and not punching below 70 at night.

“That also leads to the danger. People aren’t getting that relief overnight,” said weather service forecaster Lily Chapman. “That stress on the body is kind of cumulative over time.”

The area also has been drier than usual, she said.

Regular campers and cabin residents in Promised Land attribute the dry conditions to unusually numerous bear sightings. The animals roam neighborhoods and campsites for scraps as streams and berries dry up.

“Today’s hot,” said Alex Paez, 34, of Scranton, sitting under a shade canopy at the beach in Promised Land. “If you don’t need to be outside doing something productive, then stay in.”