Popping out for the carnival! Moment Notting Hill party-goer interrupts live Sky News broadcast and reveals a little more than expected in front of camera

By Tom Scotson For Mailonline

This is the moment a Notting Hill Carnival-goer suffered an embarrassing blunder after she accidentally flashed her left breast to millions of viewers watching the Sky News broadcast.

Footage showed the woman showing off too much skin as she interrupted Madeline Ratcliffe’s broadcast with drink in her hand and dancing enthusiastically.

The presenter appeared to be unaware of what happened until the reveller twerked and bumped into her live on air.

Ms Ratcliffe was momentarily put off but continued her face-to-camera report straight afterwards. 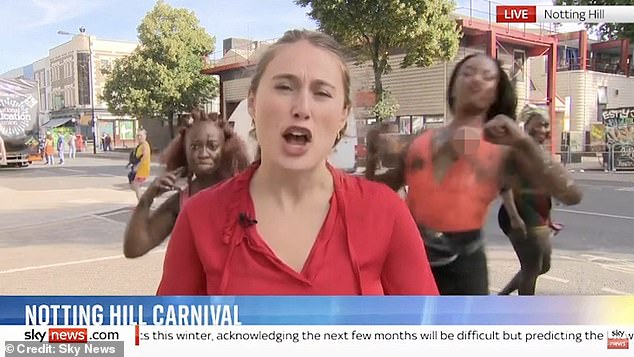 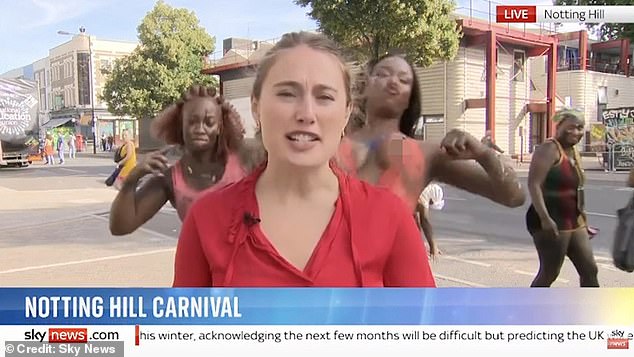 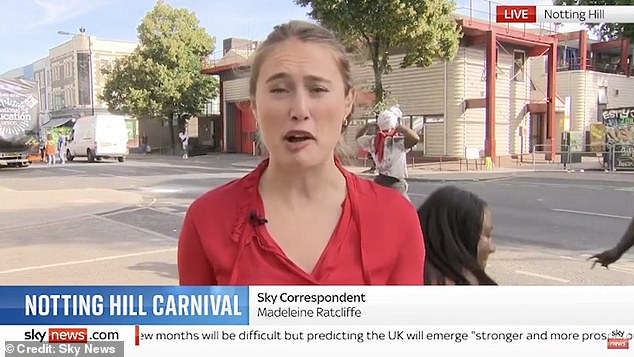 The channel did not mention the woman’s wardrobe malfunction which appeared on people’s screens 9.30am on bank holiday Sunday.

Notting Hill Carnival kicked off this morning with colourful celebrations in the streets of London as revellers showered each other with paint ahead of a full day of partying.

The carnival’s first parade got underway at 10.30am this morning as part of family day today, ahead of the adult’s parade on Bank Holiday Monday.

The opening ceremony began at 10am, with the children’s parade kicking off at 10.30am and hundreds of people in brightly coloured, intricate costumes began the procession along the three-mile parade route.

The parade included a 72-second silence to remember all those who lost their lives in the Grenfell fire disaster in June 2017, taking place at 3pm today. 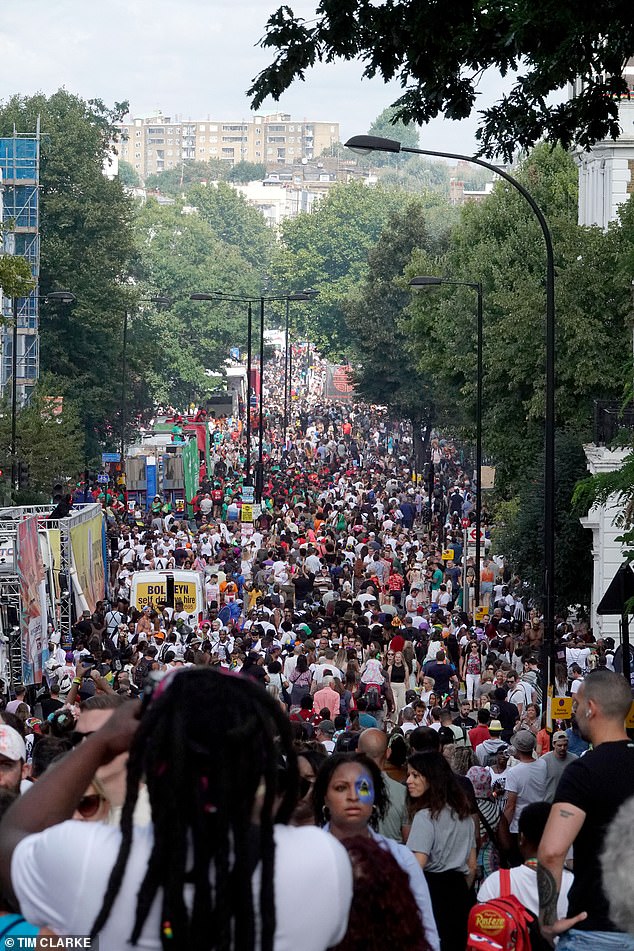 Police have already started to make arrests this afternoon but told MailOnline the force is not aware of ‘any significant issues’ at the carnival so far.

Attendees on social media say it’s a ‘dream’ to be back in Notting Hill for the carnival – with others adding it is ‘just so great’ to be able to celebrate with friends again.

Meanwhile some attendees have turned up in costumes which appear to recognise the detrimental impact of UK colonialism and the slave trade upon Caribbean nations.

Several people have are wearing nothing from the waist up, but are adorned with chains and wooden mouth blocks which prevent them from speaking. They appear to be covered in black oil.