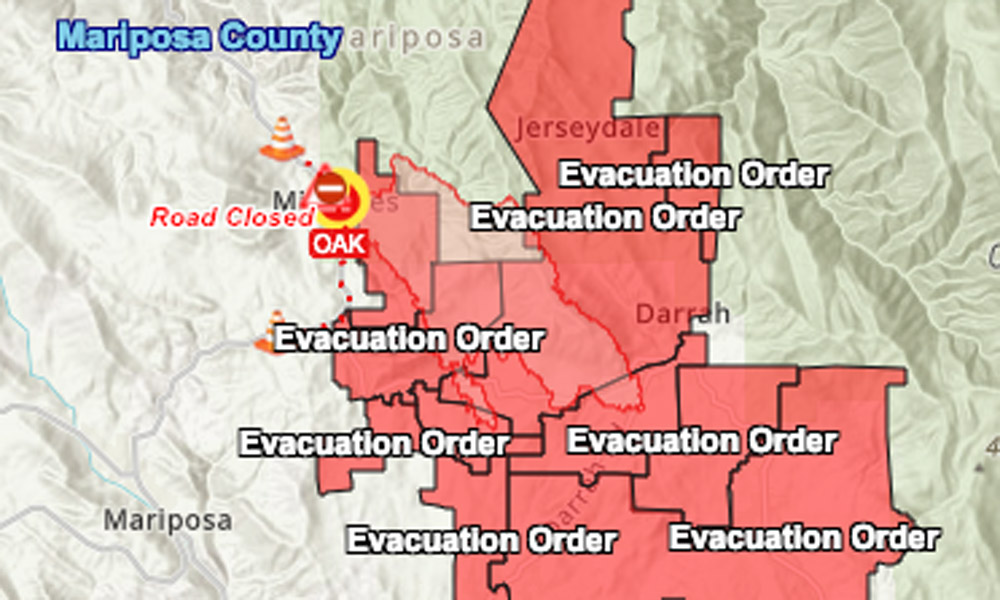 The Oak Fire was discovered around 2 p.m. Friday along Highway 140 near Midpines. As of 7 a.m. Saturday, it had burned 6,555 acres (10¼ square miles) and destroyed 10 structures; 2,000 structures were threatened, the California Department of Forestry and Fire Protection said.

The map above shows the mandatory evacuation order in red. An evacuation center has been set up at Mariposa Elementary School, 5044 Jones St. in Mariposa. That center is accepting small pets; large animals can be taken to the Mariposa County Fairgrounds.

More official information from Mariposa County can be found at its emergency alert website.

The Oak Fire is just south of the footprint of the 2018 Ferguson Fire, which burned 96,901 acres and caused the deaths of two firefighters.