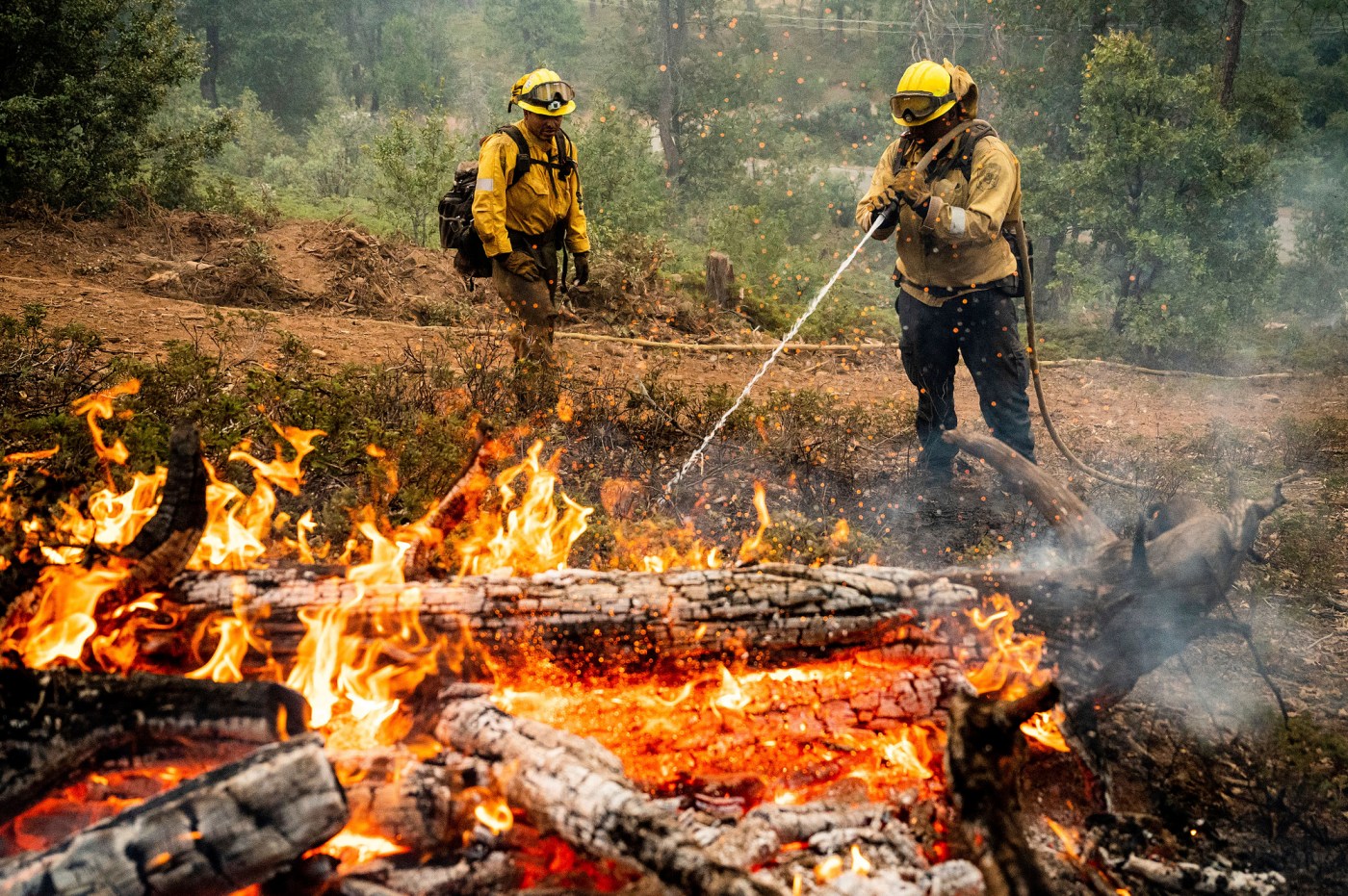 The state’s largest wildfire of the season has slowed dramatically, with firefighters claiming that the Oak Fire west of Yosemite National Park is now 59% contained.

But one fact announced by Cal Fire is perhaps more reflective of the progress in battling the blaze: The fire grew by just four acres Saturday, and containment increased by 7%.

As of Saturday evening, the fire had burned 19,244 acres since it started July 22 along Highway 140 and Carstens Road, near the town of Midpines in Mariposa County, forcing thousands to flee.

According to Cal Fire, the fire has destroyed 182 structures and damaged 10 more, and nearly 3,800 firefighting personnel have been deployed to get it under control. Additionally, more than 250 PG&E utility poles and accompanying equipment in the area will require replacement, leaving more than 700 customers without power as of Saturday.

Road closures remain on Triangle Road at Darrah Road; the Lushmeadows area and Triangle Road toward Highway 140 are inaccessible. Jerseydale Road and its side roads remain closed. Residents have been granted access to Silva and Carleton roads, as well as Carstens Road.

An evacuation center remains in operation at Mariposa Elementary School, 5044 Jones St. in Mariposa. Authorities are also setting up a local assistance center for residents affected by the fire at the Mariposa High School gymnasium starting Aug. 1 through Aug. 3 from 9 a.m. to 7 p.m., at 5074 Old Highway N.