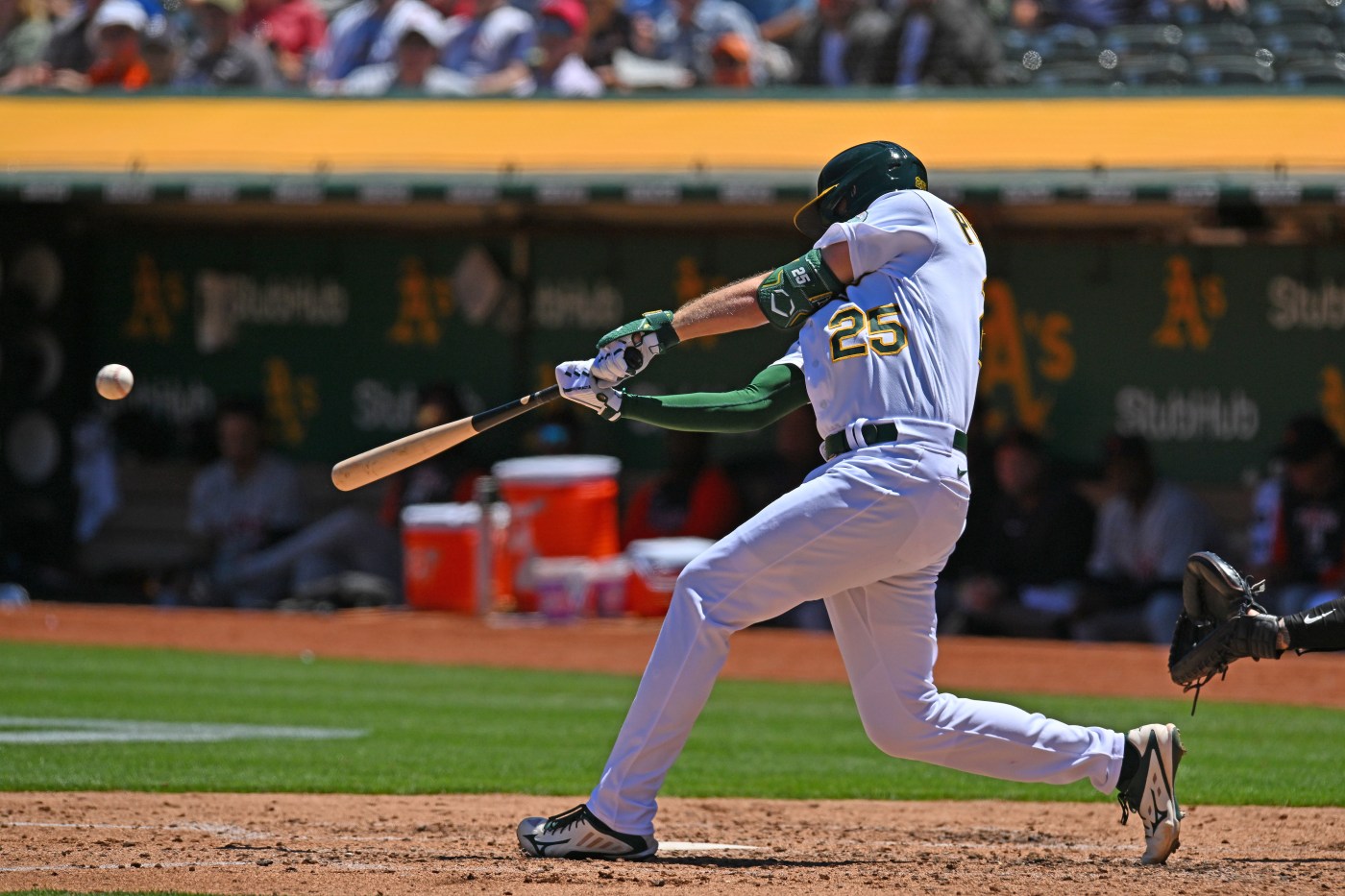 OAKLAND – Curry wasn’t the only Stephen who gave Oakland fans a reason to cheer on Wednesday afternoon. Oakland’s Vogt bopped the ball over the fence on the first pitch he saw from Houston’s Cristian Javier in Oakland’s 4-2 win over the Astros. About a minute later, fellow Stephen and teammate Piscotty popped a pitch for a second solo homer in as many pitches.

A month or so ago, such offensive outbursts would have been unimaginable. They are now commonplace for an A’s unit that had averaged 5.2 runs per game in their last 13 contests. Outside of the Stephen brethren, few have represented the A’s unexpected hitting prowess like second baseman Tony Kemp and outfielder Skye Bolt.

Kemp, who went 3-4 with two doubles against his old team, had put up a .313 batting average with two home runs since the All-Star break. Kemp had scuffled through a horrid first-half, batting .203 in 85 games. He credited time spent working on his mechanics as the reason for his recent surge.

“That’s the worst first half I’ve had in 10 professional seasons,” Kemp said. “So it definitely felt good to put it behind me and just get in the cage and work on some things mechanically.”

Skye Bolt became an internet darling because of his unique name, but he has turned himself into an everyday player because of his ability to hit from both sides of the plate. After bouncing up and down various levels for the last few seasons, the Georgian with natural power has hit .308 with three home runs over the last 10 games, and had a RBI single in the Houston finale.

“I think that getting your swing off is just as important as the at-bat itself,” Bolt said about the importance of getting consistent playing time. “In my career, the more swings I get off, the closer I get to where I want to be because I can get that feedback.”

Bolte mentioned that many of this year’s team had smaller roles on last year’s playoff contender, and so many have been ready for their bigger role. Bolt started the year hitting .133 in his first 11 games before going down to the minors one last time and coming back to a regular role.

“This whole locker room is filled with grindy guys,” Bolt said. “its guys that would not have been in last year’s lineup, and were behind them and chomping at the bit to get in there.”

Vimael Machin hasn’t been the hot-hitting slugger many of his teammates have transformed into, but he has been a vacuum at third base. As the team continues to mash, he said the team has developed “swag.”

Echoing what Bolt said, Oakland manager Mark Kotsay noted that consistent playing time has allowed his players to get into a rhythm. He said this is not always the case, since sometimes a player only has one at-bat to impress a manager.

“I think that for them to have an opportunity to get consistent at-bats, that’s gotten them to feel a little bit more comfortable and like they belong,” Kotsay said.

The A’s are still sitting at the bottom of the American League West with a 37-63 record, but the team that has now won their last three complete series are now looking forward to playing the role of spoiler. While the hitting was sublime, much of the credit for Wednesday’s win should go to Cole Irvin, who threw 99 pitches over seven innings and allowed just two earned runs and four hits.

“We’re going to continue to grind out at-bats and win ballgames,” Bolt said. “You know, teams aren’t going to want to come across us later on in the stretch when the games really matter.”