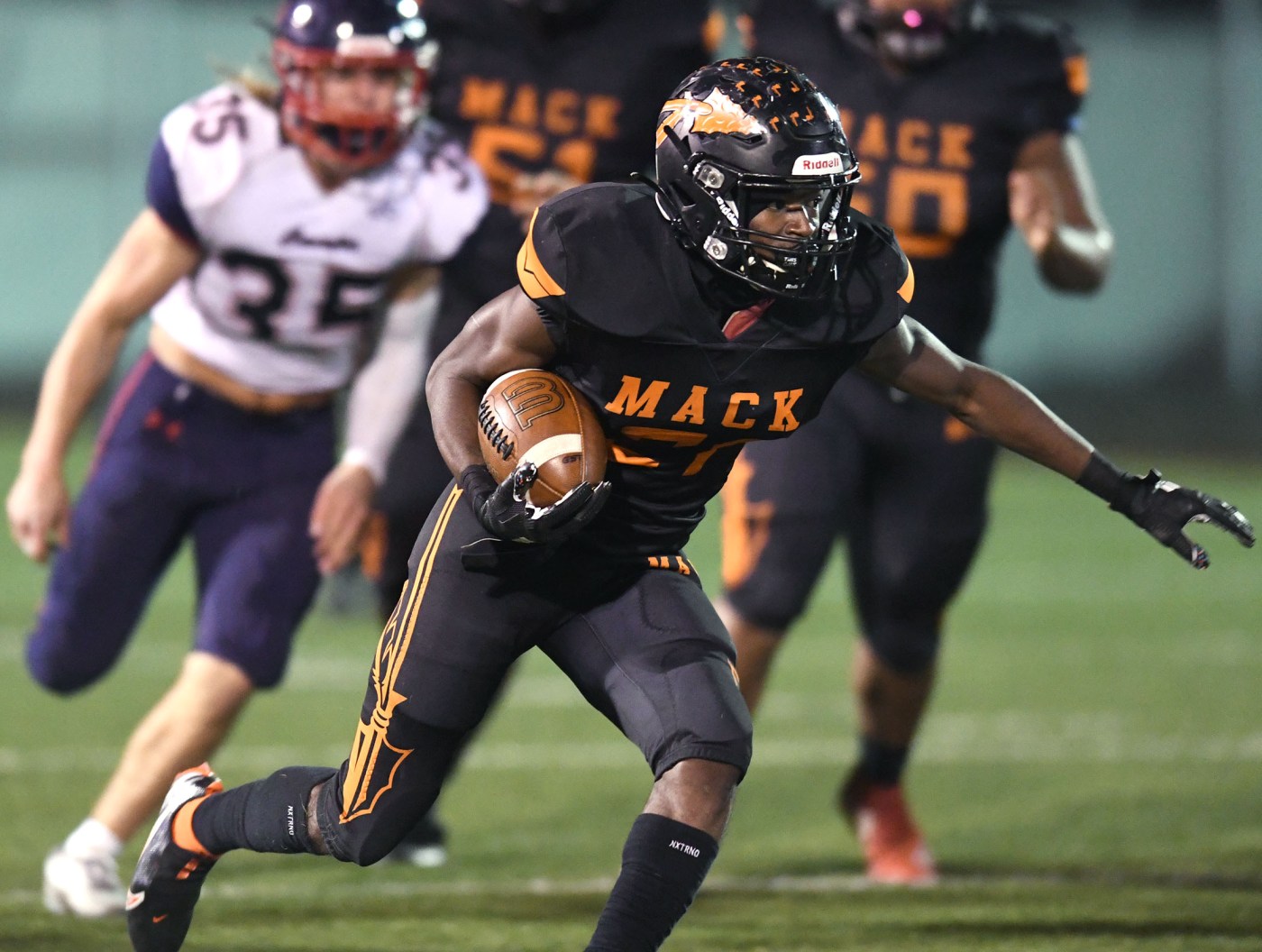 What to expect: Unless Fremont or Castlemont take a Jonathan Kuminga-sized leap forward, another year of McClymonds dominance seems inevitable. Halfback Jaivian Thomas is back for his senior season, and the 5-10 scatback should be able to repeat his 20 TD season for a program that won a state championship last season. Junior linebacker Amir Gobar doubles as a crushing fullback who can create openings as a lead blocker for Thomas’ darting runs. Both were named to last season’s all-Bay Area News Group team and will be asked to lead a team hoping to replace longtime starting QB Dreyan Paul. Malik Richardson, a 296-pound DT, may be immovable in the interior. McClymonds will once again play a brutal non-league schedule, starting off its year with Bellarmine before playing Pittsburg later on.

What to expect: If there is a team that could challenge McClymonds for the league title, Fremont is it. In Omarri Murphy’s second year at the top of the program, the Tigers have a collection of talent that should be able to hang with some of the best. Quarterback Sefo Akuila threw only two picks last season and has a gun for an arm, and his coach expects Akuila to continue to improve. Siosiua Vete, a 6-5 sophomore, is a 4.0 student and already has a scholarship offer from San Jose State. Next to him is another mauler in the 325-pound guard Sione Taiamoni. Junior linebacker Amanaki Tuakoi is a 6-3 and 215 pound bundle of all-city talent with the smarts of a 4.0 student.

What to expect: An improving Castlemont has the talent, especially on defense, to pick off other teams this fall. Senior Reggie Hall is a “silent killer” according to his coach and was the team’s defensive MVP. Back for another year is Angel Martinez, a 280-pound lineman who can get after the passer as well as any player in Oakland. Offensively, the Knights will be led by senior quarterback Daniel Parsons, who has a chance to throw to sophomore wideout Elijah Washington. The coach’s son has a scholarship offer from San Jose State. The pathway to a winning season will only be tougher though in coach Edwards’ second season on the job, with the Knights playing every game on the road this year as their field undergoes renovations.

What to expect: Virdell Larkins’ team should compete with Fremont and Castlemont for second in the OAL. Expected to return are players like middle linebacker Vaughn Grasso, who doubles as a hard-hitting fullback. Running behind him is halfback Anthony Alonzo, a stocky shifty runner who has breakaway speed. A third senior, Omar Staples, has the ability to get after the quarterback as a 6-2 edge rusher. Center Qai Smith carries almost 300 pounds on his frame and opens holes for Grasso and Alonzo.

What to expect: Last year’s team was all about line play, where the Titans averaged over 300 pounds across their five starting blockers. This season will be defined by their exterior threats such as Jojo Salazar, a 6-1 senior wideout who can catch bombs as easily as he does flyballs on the baseball diamond. Starting next to him is Julian Javier, another DB who coach Adams calls “a ball hawk who has a nose for making plays around the line of scrimmage.” Damien Hardy brings toughness as a linebacker and is also an enthusiastic interior runner. De’Onte Johnson is a 160-pound speedster at tailback who his coach says “has all-city potential on defense.”

What to expect: Coach Allen’s year will probably be deemed a success if the Wildcats pick up a win or two this season. The second-year coach said the team’s strength is “our development and the family atmosphere we are implementing.” Versatile athlete Joshua “Bam” Aludayo is a junior who Allen has tabbed as a hard worker and a leader. Linebacker Jamar Davis is a hefty 230 pounds, has lived in the weightroom and should be a signal-caller on defense. Etin Osa Aigbuza is a junior who has mentored younger players over the summer, and Kamauri Hernandez-Freeney brings an edge to the offensive line.