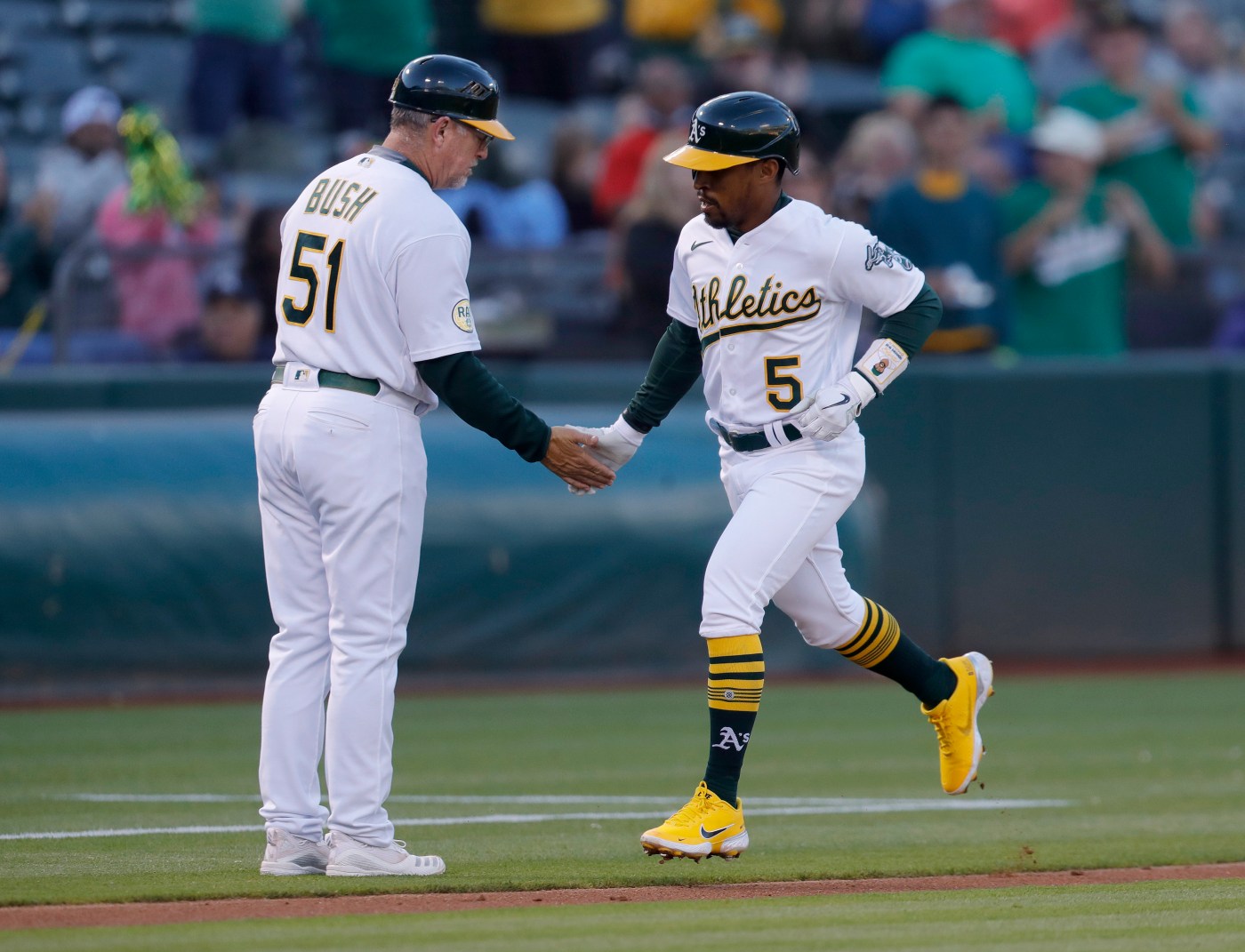 OAKLAND –– Tony Kemp found a jolt of energy to break out of a slump and help the A’s beat his former team, the Houston Astros, 7-5 Monday night.

Kemp was batting .161 over his last 21 games entering the series opener but went 2 for 3 with three RBIs and was part of a five-run inning that propelled the A’s (36-63) over the first-place Astros (64-33) in front of 4,105 fans at the Oakland Coliseum. The A’s have won four of six games since returning from the All-Star break.

The A’s trailed after the first inning courtesy of a solo homer by Astros rookie shortstop Jeremy Peña, but Kemp tied the game in the third inning with a solo home run to left field.

The A’s scored on back-to-back-to-back plays in the fourth inning that started with a single by Elvis Andrus that gave Oakland the 2-1 lead. With runners on first and second, Kemp barreled a double past centerfielder Jake Meyers, who was shaded toward left, that scored Andrus and Chad Pinder. Skye Bolt culminated the streak with a two-run home run right above the out-of-town scoreboard to make it 6-1 A’s.

Houston got a run back in the fifth inning on Chas McCormick’s double off A’s starter Adam Oller, but Oller finished out the frame and got his first major league win. He allowed three earned runs on four hits in his five innings.

When Oller (1-3, 8.07 ERA) started the sixth inning by allowing two baserunners, Domingo Acevedo entered for his American League-leading 45th relief appearance. He began by allowing Jeremy Peña to score on a pickoff throw to unattended first base and then hit Yuli Gurriel on the next pitch. Gurriel proceeded to steal second base, during which Alvarez stole home to cut Houston’s deficit to 6-4.

Andrus knocked in his second run of the day on a double that brought in Sean Murphy.

Lou Trivino gave up a solo homer to McCormick but recorded his ninth save of the season.

The A’s and Astros will be back at it on Tuesday night for the second game of the series. The A’s will send Frankie Montas, who could be making his last start in an A’s uniform at the Coliseum ahead of the Aug. 2 trade deadline, to battle Houston’s Luis Garcia.