Oakland housing tower near downtown and Lake Merritt is bought 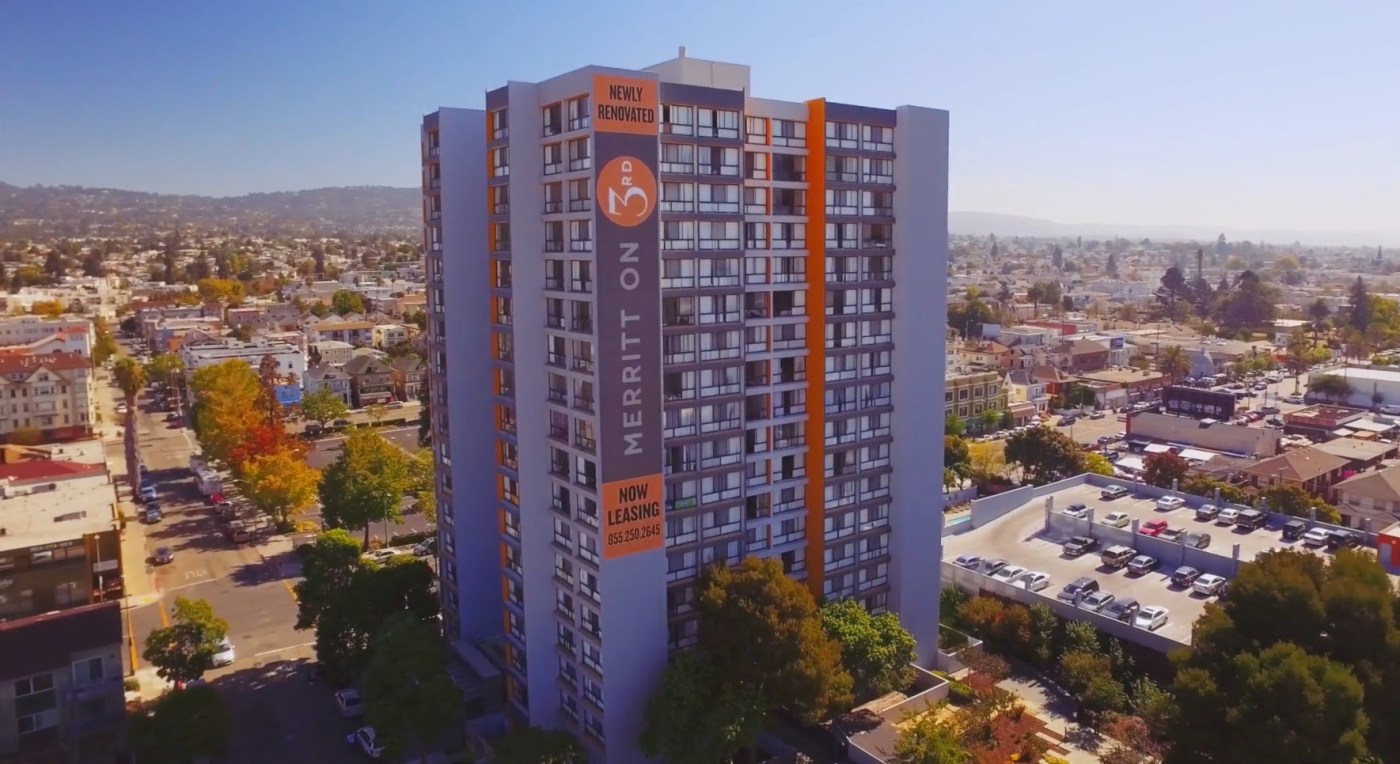 OAKLAND — A housing tower near downtown Oakland and Lake Merritt has been bought in a deal that points to rising real estate values for apartment complexes in this part of the East Bay.

The apartment highrise, located at 1130 Third Ave. in Oakland, was bought for $55.5 million, according to documents filed on Aug. 23 with the Alameda County Recorder’s Office.

The 18-story complex consists of 178 units, primarily one- and two-bedroom apartments.

An affiliate connected to FPA Multifamily, based in the Orange County city of Irvine, bought the apartment complex, according to the county property records and state business documents. Michael “Mike” Earl, chairman of FPA Multifamily, was listed as the principal executive of the affiliate that bought the highrise.

FPA Multifamily declined to discuss the purchase because the company doesn’t comment about its business activities or real estate transactions, an FPA executive said Thursday.

Kennedy Wilson didn’t respond to attempts to contact the real estate firm about its sale of the apartment building.

Kennedy Wilson undertook a wide-ranging renovation and a rebranding of the apartment complex. Kennedy Wilson bought the residential tower in 2011, paying $31 million for the highrise, according to public documents.

“The property is well located within Oakland, which has experienced a cultural, employment and housing renaissance,” Kennedy Wilson stated in a post on its website. “Many top new restaurants have opened, and new tech companies are relocating to Oakland searching for more affordable space.”

That assessed value, while only an imperfect barometer of a property’s value, suggests that the $55.5 million purchase price points to rising values for apartment buildings in the downtown Oakland and Lake Merritt districts.

The increase in value for the complex could be tied to an upswing in rents for apartments in downtown Oakland and adjacent neighborhoods such as the Merritt district.

“Apartment rents have seen several consecutive years of more than 10% annual rent growth,” Kennedy Wilson stated in the post on its site.