Officers who responded to Uvalde school massacre did not attempt to open doors to classrooms for over an hour, reports say 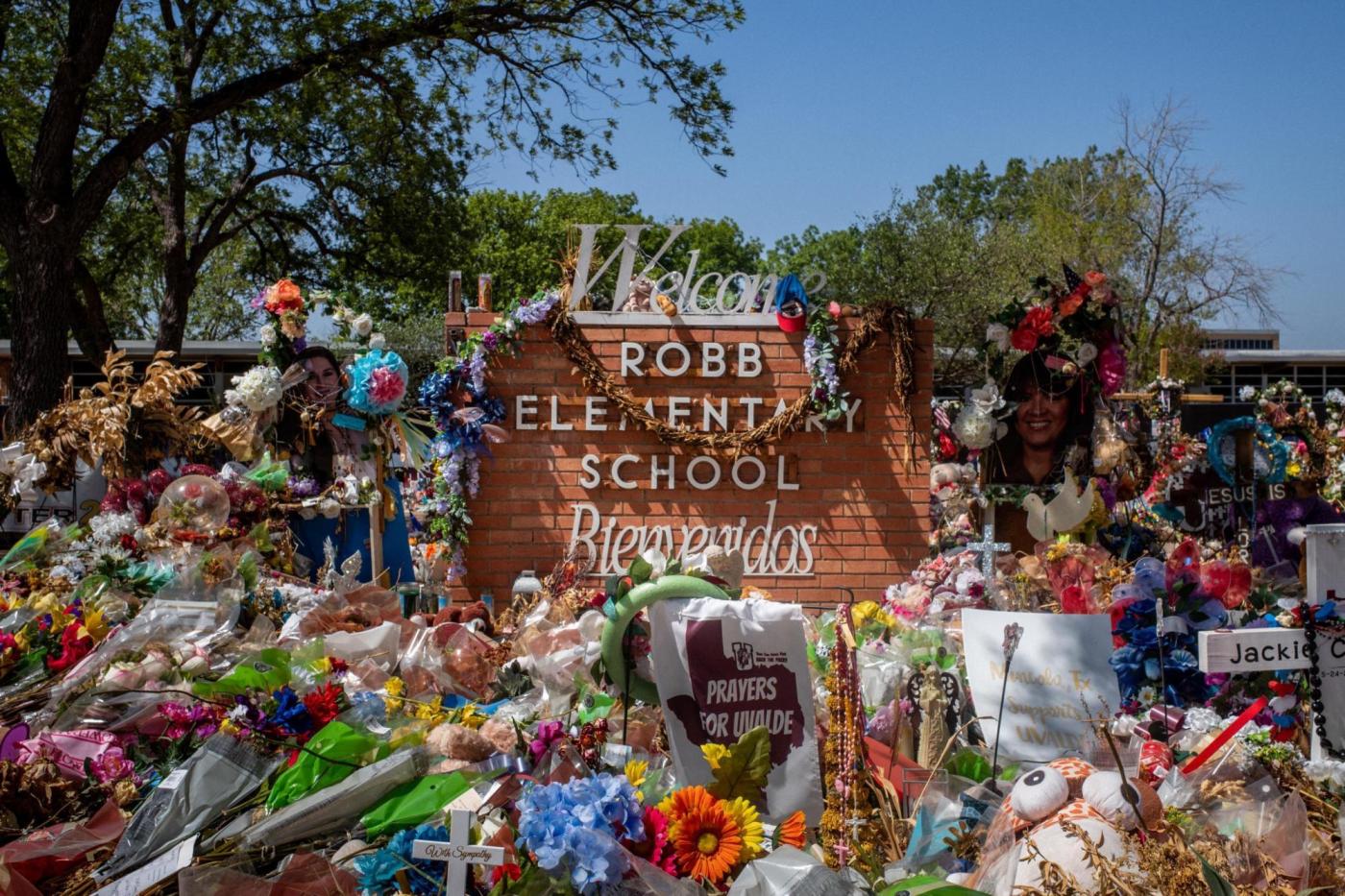 The director of the Texas Department of Public Safety on Tuesday slammed the law enforcement response to last month’s mass shooting in Uvalde as an “abject failure” and harshly criticized the decisions of Uvalde school district police chief Pedro “Pete” Arredondo.

“There is compelling evidence that the law enforcement response to the attack at Robb Elementary was an abject failure and antithetical to everything we’ve learned over the last two decades since the Columbine massacre,” Col. Steven McCraw told the Texas Senate Special Committee to Protect All Texans.

“Three minutes after the subject entered the West building, there was a sufficient number of armed officers wearing body armor to isolate, distract and neutralize the subject,” he continued. “The only thing stopping the hallway of dedicated officers from entering rooms 111 and 112 was the on-scene commander, who decided to place the lives of officers before the lives of children.”

The stunning comments come more than a month after a gunman with an AR-15-style assault rifle entered two adjacent classrooms at at 11:33 a.m. and killed 19 children and two teachers. The gunman remained inside the classrooms — even as children inside called 911 and pleaded for help — until law enforcement finally breached the rooms and killed him at 12:50 p.m., according to a timeline from the public sfety department.

What happened within those 77 minutes has remained unclear as Texas officials offered conflicting narratives of the response.

McCraw’s comments Tuesday represent the first time an official has provided substantive information on the shooting in weeks. He said that the decisions to wait contradicted the active-shooter protocol to stop the suspect as quickly as possible.

The public safety department’s timeline indicated that 11 officers arrived at the school, several with rifles, within three minutes of the gunman entering the classrooms. The suspect then shot and injured several officers who approached the classrooms, and they retreated to a hallway outside the rooms. The group of officers then remained in the hallway and did not approach the door for another 73 minutes.

Arredondo had previously told the Tribune he did not consider himself the incident commander that day. However, at least one of the officers is noted at 11:50 a.m. believing Arredondo was leading law enforcement response inside the school, telling others, “The chief is in charge,” according to the public safety department’s timeline.

Officers did not try to breach doors for over an hour

Late Monday, reporting from CNN, the Texas Tribune and the Austin American-Statesman previewed some of the DPS timeline and revealed further flaws in the police response.

Authorities initially said that the suspect had barricaded himself behind locked doors, preventing outgunned responding officers from stopping him until 77 minutes later.

Yet preliminary evidence suggests none of the officers attempted to open either of the doors until moments before taking down the gunman, according to a law enforcement source close to the investigation and reporting in the Tribune and American-Statesman.

Arredondo, who has been identified by other officials as the incident commander on scene, had previously told the Texas Tribune that officers had found the classroom doors were locked and reinforced with a steel jamb, hindering any potential response or rescue. Efforts were made to locate a key to unlock the door, he said.

The officers were not without weaponry and equipment, according to McCraw. However, at 11:40 a.m., Arredondo called the Uvalde Police Department’s dispatch by phone shortly after the gunman fired at officers and requested further assistance and a radio, according to a DPS transcript.

“We don’t have enough firepower right now, it’s all pistol and he has an AR-15,” Arredondo said, according to a DPS transcript.

In the first minutes of their response, an officer also said a Halligan, a firefighting tool that is used for forcible entry, was on scene, according to the timeline. However, the tool wasn’t brought into the school until an hour after officers arrived and was never used, the timeline said.

One security footage image obtained by the Austin American-Statesman shows at least three officers in the hallway — two of whom have rifles and one who appears to have a tactical shield — at 11:52 a.m., 19 minutes after the gunman entered the school.

In all, officers had access to four ballistic shields inside the school, the fourth of which arrived 30 minutes before officers stormed the classrooms, the Tribune said, citing a law enforcement transcript.

One officer, according to the American-Statesman, said that they needed to act.

“If there’s kids in there, we need to go in there,” the officer said. Another officer responded, “Whoever is in charge will determine that.”

Toward the end of the standoff, according to the law enforcement source, Arredondo wondered aloud whether officers would consider “popping him through the window.” A body camera transcript showed Arredondo indicating to other officers at 12:46 p.m. that if a SWAT response team was ready, they should breach the door, an action that came four minutes later.

Reporting comes after lack of transparency

The reporting — in three different news outlets and citing unnamed sources — highlights Texas officials’ lack of transparency to the public in such a critical incident. Texas Sen. Roland Gutierrez, a Democrat, told CNN on Monday that the reporting underscored his questions about why police did not try to breach the doors sooner.

“We see that there (are) officers with adequate munitions, adequate equipment to be able to breach that room,” he said. “i just don’t understand why that didn’t happen, why they didn’t breach the room.

“Those answers need to be had. They shouldn’t be dribbling through the media in this way. We should have law enforcement agencies tell us exactly what went wrong. And the fact that we’re not getting that information is just a travesty in and of itself.”

CNN has reached out to both Arredondo’s attorney, George Hyde, and the Uvalde Police Department regarding the reports.

Arredondo, who has not spoken in a public capacity since the incident, will testify behind closed doors to a Texas House committee investigating the shooting on Tuesday, according to the committee.

The new reporting further angered mourning families whose questions have still not been answered.

“I feel anger,” said Jose Flores Sr., whose 10-year-old son, Jose Flores Jr., was among the children killed. “They let our kids down, left them in there scared and, who knows, crying. They abandoned them,” Flores told CNN’s “New Day” when asked about the latest revelations.

“They’re supposed to be trained professionals,” Flores said of the police. “I don’t understand the reason why they stood back that long for them to go back in … Standing back a whole hour, leaving them inside with that gunman, is not right. It’s cowardly, cowardly, cowardly stuff.”