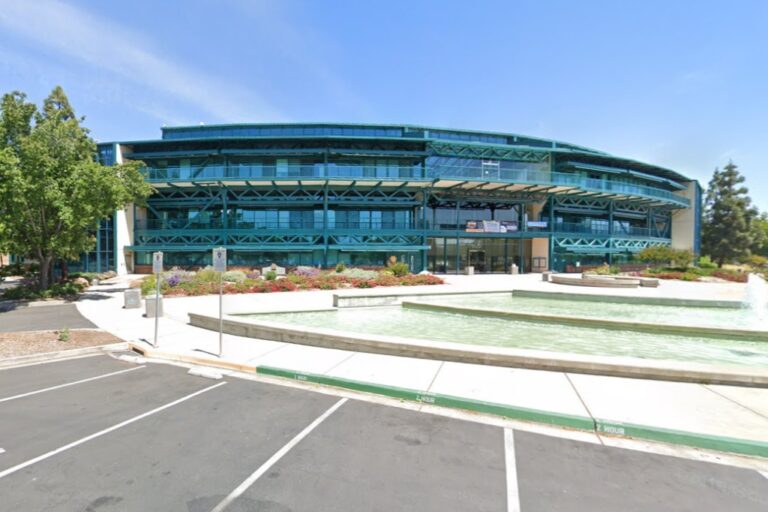 PITTSBURG — With only one incumbent and four other candidates vying for three open positions, the makeup of the five-member Pittsburg City Council could change drastically.

Mayor Holland White announced he would not seek re-election and Councilmember Merl Craft decided the same. That leaves Vice Mayor Shanelle Scales-Preston as the only incumbent running, along with newcomers Sonja Shephard, Dionne Adams, Angelica Lopez and Wolfgang Croskey.

First elected in 2018, Scales-Preston, 44, works for U.S. Rep. Mark DeSaulnier. The mother of two wants to focus on expanding youth and senior services, affordable housing and caring for the unhoused, including county homeless outreach programs and the homeless shower program.

As for the county-run transitional housing at the former Motel 6, Scales-Preston said with the increasing number of homeless people, the motel, which serves all of eastern Contra Costa County, is not enough. She also wants to build housing for unhoused Los Medanos College students.

“I will continue to work with the county and state to secure funding for housing and with nonprofit organizations to expand opportunities for our unhoused residents,” she said.

As for attracting businesses, Scales-Preston points to “Think Pittsburg!” an economic development plan implemented during her tenure to actively work with existing businesses to help them succeed and recruit new businesses. Some successes include the new Thatcher’s Popcorn, Tortillaria Molina, Exit 446 Escape Room and Dale Vino Wine Bar, among others, as well as a new grocery and two new hotels at the end of this year.

The waterfront could bring more business to the city, she said, pointing to events there that attract residents. A new housing development at the former PG&E site will also bring 2,500 homes and attract retail, while the potential sale of the former USS-POSCO steel plant could mean thousands more jobs, she said.

Croskey, a Pittsburg businessman and Chamber of Commerce CEO, said his two key concerns are public safety and thriving businesses. The former planning commissioner and co-owner of a professional minor league said businesses want to locate in “areas that are clean, beautiful and prosperous.”

“There may not seem like a nexus between curb appeal and business attraction, but there is a one-to-one correlation,” he said.

“The elephant in the room is the future of the Pittsburg steel mill property,” he said. “How can the future owner help in making this property an employment center but also a source of business power for Pittsburg?”

The father of six, Croskey also wants to make the waterfront a “go-to” location for activities.

As for homelessness, Croskey agreed the new county transitional motel doesn’t fully address the city’s needs. He said the city should partner with agencies with experience n homelessness issues.

“I see the council’s role as not responsible to address these areas directly, but rather finding the best organizations that address these needs and clear the path for them,” he said.

Pittsburg is lacking confidence in itself, he said. “We have what we need in Pittsburg; we just need to believe, as a whole city, that we can compete with other cities, as well as believe that we are one of the best cities in the county.”

Dionne Adams, a planning commissioner and a Chamber of Commerce board member, calls herself an advocate for local businesses. The mother of three, Adams has worked for 20 years as a diversity, equity and inclusion executive.

Adams said her key concerns are addressing housing needs and insecurities, improving infrastructure, and supporting economic growth and job creation. She said she would attract new businesses “by investing in small businesses through incentives, tax breaks, and addressing the safety and security concerns of our local businesses community.”

“We need to listen and understand what makes existing businesses want to stay and what makes them leave, then address issues that are raised by them,” she said.

As for the waterfront, she said she wants to find ways to bring more businesses, plus recreation trails, there.

Adams also wants to work with the Planning Commission and developers to create options for the unhoused. She said she didn’t know if the county’s transitional housing center is enough to serve the city’s needs, but it is “a great place to help people get on their feet in a safe environment.”

“Homelessnesss is a problem across our country and we have to do our part to support our unhoused residents with the support they need, which includes shelter, access to resources such as food, transportation and programs to improve their quality of life and security,” Adams said.

Lopez, 32, a family law attorney and business owner, meanwhile, has 12 years experience in small business growth and development, finance, mental health/wellness and social justice advocacy. The trilingual mother of one said her key concerns are safety, the local economy and quality of life.

The first-generation Mexican-American college graduate said she serves the community by advocating for families and children at court. The Pittsburg native said she’s seen the everyday struggles and the “city needs to come alive and thrive.”

“I am tired of not seeing much done around our town, and watching small businesses go out of business, our kids not being able to play on safe streets like they used to, and our homeless crisis on the rise,” she said.

Lopez said it is not enough to just provide housing for Pittsburg’s homeless residents.

Lopez proposes the city provide six months’ of housing along with an intensive program to help those who are addicted. It should also create programs to assist with mental illness, trauma and skills-building to help them find jobs, she said.

To attract business, Lopez said the city needs to reduce thefts and the city’s poverty level.

She suggested that Pittsburg partner with nonprofits to provide trade training for residents.

Lopez added that she believes in a zero-tolerance crime policy.

“Our kids, and all of us, deserve safe streets, safe schools, and to feel safe in our own homes,” she said. She said the council should listen to residents and implement strategies for a violence-free city.

“Pittsburg is a diamond in the rough that simply needs guidance, motivation and a higher sense of community,” she added.

Shephard, a U.S. Navy veteran and retired paralegal, was a volunteer and a mentor for youth and has served on numerous boards. Her key concerns are attracting new businesses, creating safe and affordable housing, and finding solutions for the unhoused.

Also, “the city needs to build a shelter in Pittsburg with a resource center on the premises with job counselors and social workers.”

As for attracting businesses, she said the city should take a new approach, including renting empty buildings out as shared office space. Pittsburg’s waterfront could be improved, she said, with a covered band stage along with a covered picnic area and bike racks.

As for crime, Shephard thinks Neighborhood Watch groups are important.

“The City Council needs to budget for more cameras in areas with high crime,” she added. “If this does not help, we need to hire more police officers.”