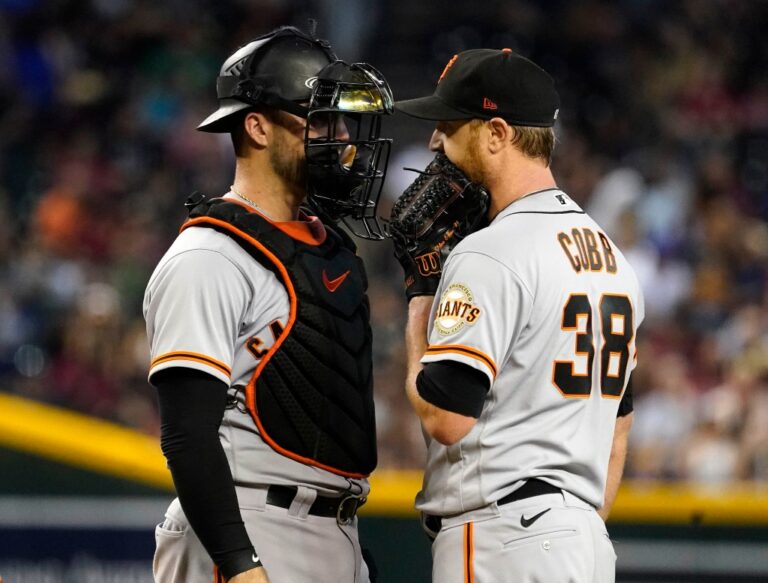 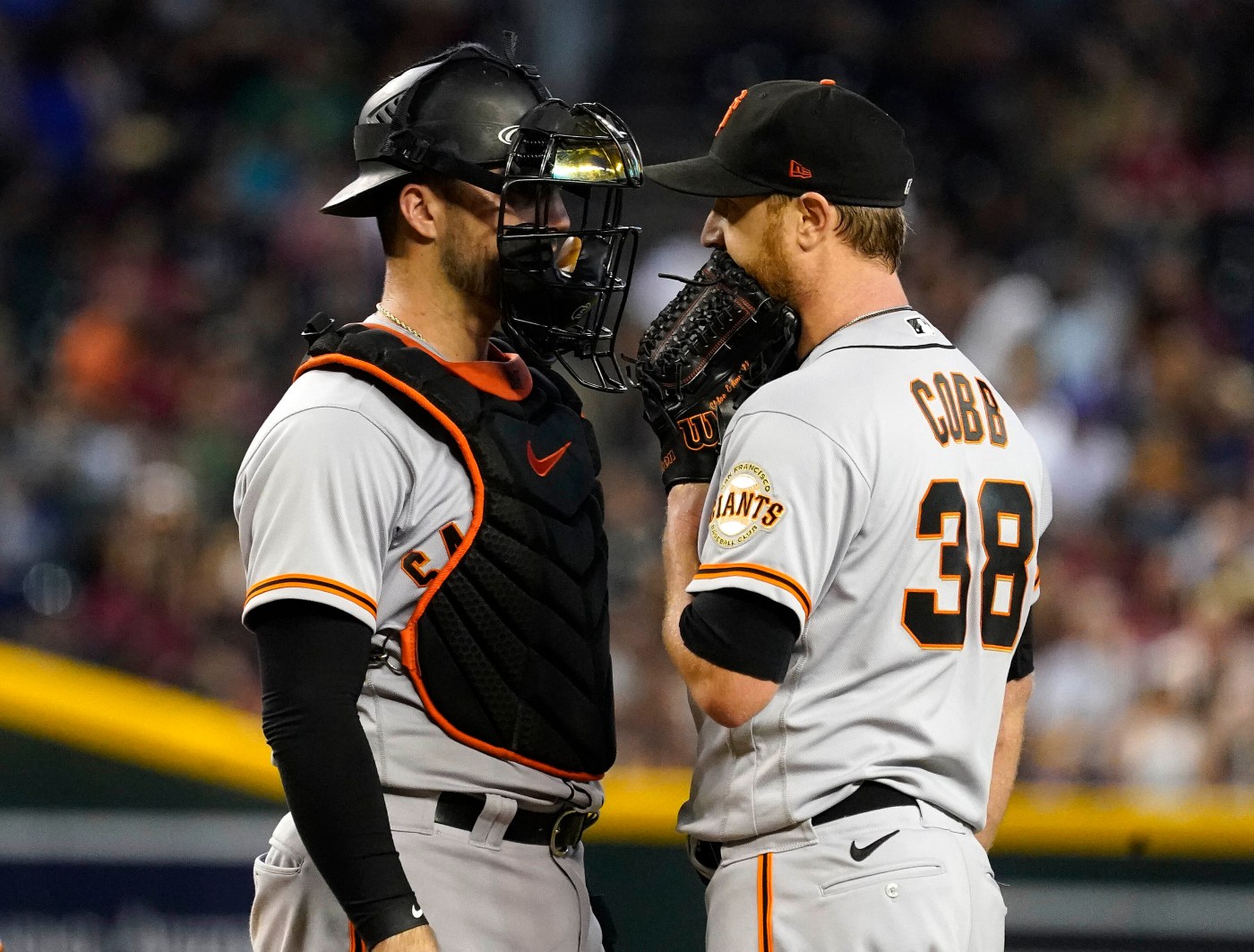 One tough-luck inning sunk the Giants Saturday against the D-backs and snapped their five-game winning streak.

They matched their season-high scoring output against Merrill Kelly — two runs — including Mike Yastrzemski’s third homer in five games, but a five-run fourth inning that took Alex Cobb 35 pitches to escape proved too much to overcome in a 5-2 loss.

The Giants now must win three of their four remaining contests against Arizona to avoid losing the season series and must win seven of their final 10 games to finish the season at .500.

Here are some takeaways.

Cobb’s tough luck returns: After going three innings without allowing a hit, Cobb surrendered three straight singles to start the fourth. One of them snuck through when a base stealer forced Ford Proctor out of position at second and another drove home the D-backs’ first run, but it was only then that things began to hit the fan.

Cobb walked speedster Josh Rojas — Arizona’s stolen base leader — to load the bases. The even speedier Alek Thomas followed by bouncing a ground ball to Wilmer Flores at first base. The ball dragged Flores toward the bag, but he went for the force out at home instead. Only Joey Bart appeared to think Flores had tagged first base, making the play at home a tag play. Bart took his first off home plate, allowing Daulton Varsho to sneak past his tag.

Cobb appeared to bark at Bart after the following play, a sacrifice fly to center field that scored a run and allowed Rojas and Thomas to advance into scoring position. Austin Slater’s throw home was well up the third base line, and Bart neglected to attempt to nab Thomas sneaking into second, despite Cobb’s signaling.

A base hit from the next batter, Geraldo Perdomo, drove home both runners to cap the five-run inning. Cobb, who used 43 pitches to breeze through three innings, needed 35 pitches to make it out of the fourth. He surrendered four singles in the inning but they amounted to five runs, equaling Cobb’s total allowed over his past five starts (a 1.57 ERA).

For a large chunk of this season, Cobb laid claim to the unfortunate title of the largest disparity between his actual ERA and his expected ERA, thanks to innings like the fourth. That is no longer the case, with a quarter-point difference entering Saturday’s start (3.48 ERA, 3.20 xERA). Among Giants starters, Alex Wood will finish the season with a larger gap (5.10 ERA, 4.01 xERA).

Merciless Merrill: The five runs were more than enough for the D-backs with Giants nemesis Merrill Kelly on the mound.

When Jason Vosler singled home Brandon Crawford in the fourth inning, it snapped a scoreless drought against Kelly that dated back four matchups — a span of 21 innings.

Kelly, who holds a 1.53 ERA in five starts against the Giants this season, blanked San Francisco in each of their previous meetings. The Giants fared slightly better this time around, with Vosler capitalizing on a two-out walk to David Villar that push Crawford into scoring position and Mike Yastrzemski contributing a solo shot in the sixth inning, but were largely unable to crack Kelly.

Among pitchers to make at least three starts against the Giants this season, few have caused more trouble than Kelly.

Yastrzemski heats up: In a hot-and-cold season that has been mostly spent in the freezer, Mike Yastrzemski appears to be ending 2022 on a heater. Yastrzemski’s sixth-inning solo shot, which traveled 412 feet and landed halfway up the seats in right field, was his third home run in his past five games.

Even with the late power surge, Yastrzemski’s output will be down from last season, when he homered 25 times yet posted an OPS 200 points lower than 2020, when he received MVP votes. His homer Saturday was his 15th this season. After a career-high OPS+ in 2020, 164 (league average: 100), Yastrzemski regressed to a 106 mark last season and this year has an OPS+ of 90, 10% below league average.

But Yastrzemski’s plus glove in outfield, his base running skills and his leadership qualities are all reasons why the Giants are likely to welcome him back in 2023, when he is arbitration eligible for the first time.