A teenager has died and his friend is in critical condition after they and another friend stole a Maserati with the keys still in the ignition in the aftermath of Hurricane Ian.

Florida officials announced on Sunday that 15-year-old Mario Bonilla died in the fiery crash early that morning. Malachi Daniels, 16, who was in the back seat when the luxury car flipped over, is in critical condition.

The driver of the vehicle, Keondrick Lang, 15, however, is expected to survive.

Lang broke into the unlocked Maserati and drove it at a high rate of speed into the side of a building. The Pinellas County Sheriffs Department continues to investigate the fatal crash.

They are expected to provide more information at another press conference on Tuesday, where they will release dashcam and helicopter footage of the deadly crash. 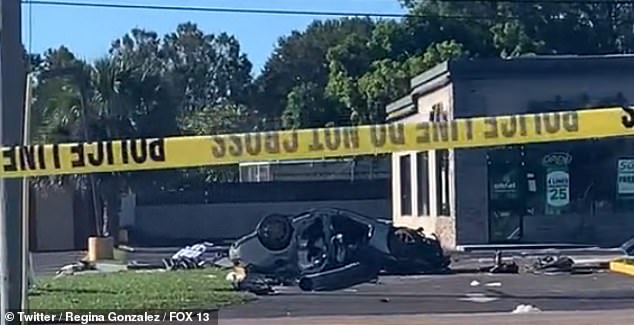 Keondrick Lang, 15, stole an unlocked Maserati, which he crashed at 80mph into the side of a building in St. Petersburg early Sunday morning 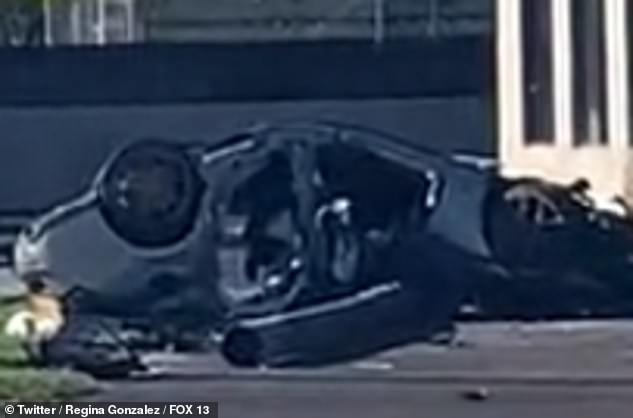 Pinellas County Sheriff Bob Gualtieri said on Sunday that deputies in a helicopter had spotted the teens steal the Maserati at around 3.20am as they were passing over the area on their way to bring another suspect into custody.

The deputies reported that Lang was using his shirt to pull door handles on cars parked in St Petersburg, so as not to leave any fingerprints, when he discovered that a Maserati was left unlocked on a driveway.

After he opened the car door, authorities say, Lang saw that the keys were still inside, and he and his friends jumped into the car.

‘We talk about this all the time,’ Gualtieri said. ‘People really need to lock their car doors, and don’t leave your keys in the car, but they do.

‘And when these kids are out in the middle of the night, and they’re stealing and breaking into cars, that’s what they’re looking for.’

The deputies in the air then promptly contacted their counterparts on the ground, who tried to stop the teens before they got away.

But Lang had already taken off, with ground units following the car and turning on their emergency lights.

The teen then apparently assumed the deputies were going to chase him, and took off at 80mph with no headlights on.

Unbeknownst to Lang, the Pinellas County Sheriff’s Office has a policy not to engage in chases on the roadway, and they were then pursued by the helicopter, which kept track of their movements from the air.

Deputies in the copter then watched as Lang lost control of the vehicle, drove over a curb, collided with the side of a two-business building along 62nd Avenue, and flipped the luxury car.

‘These are young kids, they’re inexperienced drivers, no drivers’ licenses, driving 3.30 in the morning [at] 80mph,’ Gualtieri explained.

He said responding officers immediately rendered aid to the suspects, but Bonilla was pronounced dead at the scene.

Daniels, who was transported to a local hospital with life-threatening injuries, also may not survive, Gualtieri announced at his news conference.

And Lang was transported also to the hospital with critical injuries, but is expected to survive.

The car owner, meanwhile, has been notified about the crash. 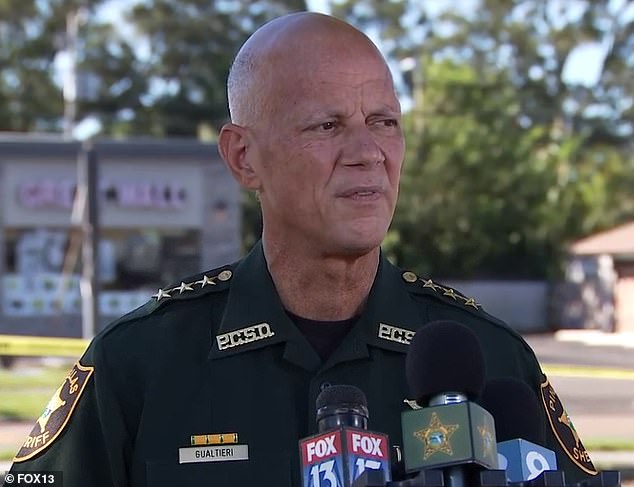 Authorities later found out that the three teens had been stopped by deputies in Kenneth City on September 11 after they were found to be walking through a residential neighborhood in the early morning hours.

At the time, FOX 13 reports, the children’s parents were called and the teens were returned home.

‘These kids were on that bad path,’ Gualtieri said at Sunday’s news conference.

He added that the parents appeared to be distraught about the crash this morning, saying they had thought their children were still in bed at the time.

”One of the kids shared a room with a younger sibling, and from what I understand, from the deputies talking to the parents this morning, is that the younger sibling didn’t even know he left,’ Gualtieri said.

The parents had been trying to correct their sons’ behaviors, he noted, with one even recently transferring their boy to a nearby school for a fresh start.

‘You gotta feel for these parents because the know the issues you got with 15, 16 year old kids. They’re trying to do something about it, trying to be aware of it, and the kid sneaks out.