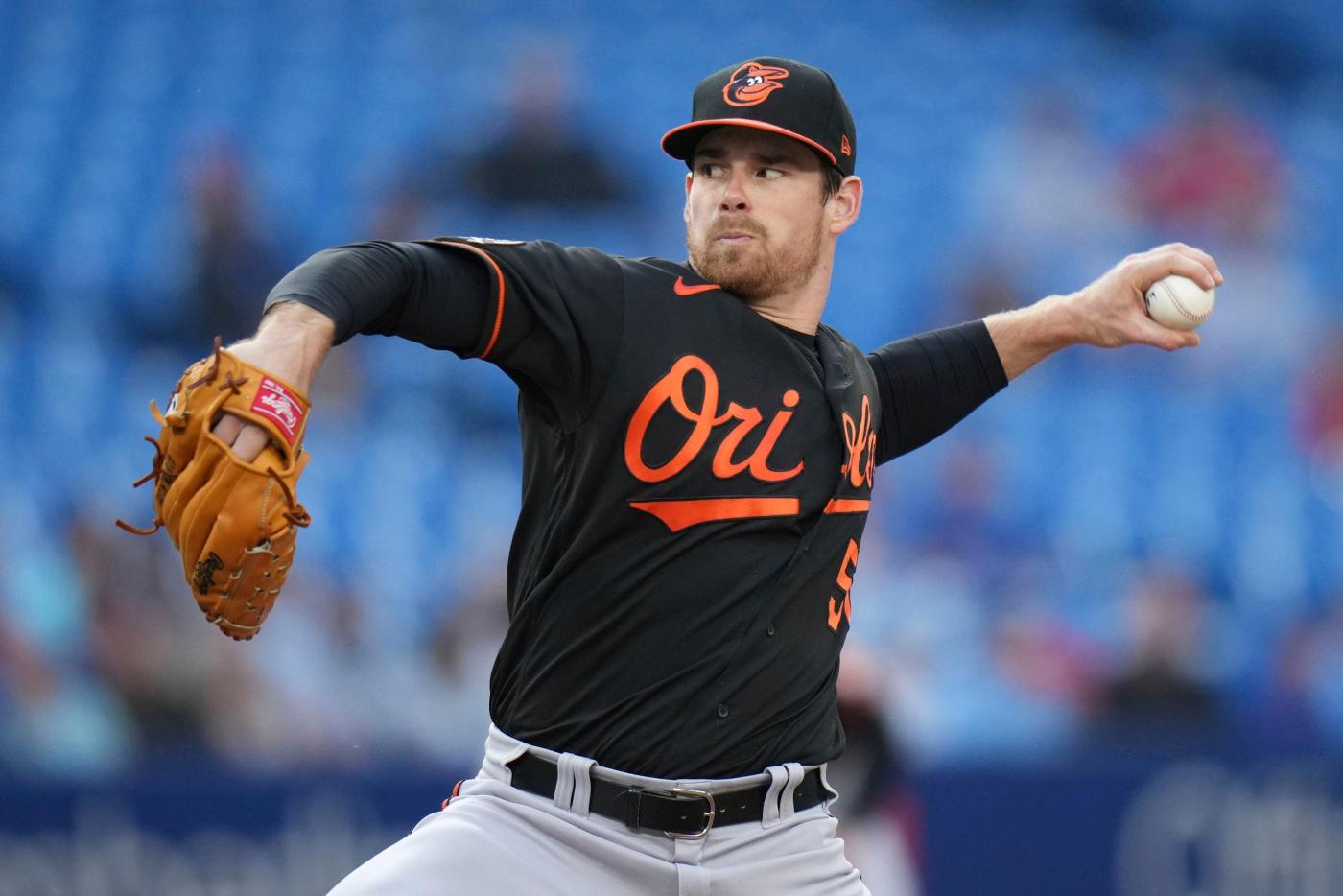 The idea of a moral victory in baseball offers little solace to the losing ballclub, but there’s still something to take out of the Orioles’ loss to the Toronto Blue Jays on Wednesday night. Baltimore had faced a five-run deficit and came back to tie the game, the kind of effort that might be lost on some losing teams.

With Vladimir Guerrero Jr. at the plate and an automatic runner on second in the 10th inning, the task ahead of right-hander Félix Bautista was great. It proved too great, in the end, with Guerrero’s walk-off single into left field on Bautista’s second offering sealing the Blue Jays’ 7-6 win.

There were other moments, however, that shined more than the final score, including the first home run of rookie catcher Adley Rutschman’s career. It came in a losing effort, but the game wasn’t a wash for Baltimore.

Ryan Mountcastle swears he has nothing against the Blue Jays, even if the results suggest otherwise. The Orioles first baseman has come through so frequently against the American League East rival that it’s nearly expected, an inevitability when he steps to the plate. Wednesday was just another such example.

After six runs scored against left-hander Bruce Zimmermann within the first five innings, a home run barrage led by Mountcastle — featuring the first of Rutschman’s career — brought the Orioles (27-37) back. Mountcastle has made a habit of producing against the Blue Jays; with two more home runs Wednesday, he has 12 in 28 games against Toronto.

Rutschman’s fourth-inning homer broke up a budding no-hit bid from right-hander José Berríos. Mountcastle’s first home run in the seventh cascaded off the facade of the upper deck before his two-run shot in the eighth tied the game — a pair of blasts that encapsulate just how hot he is at the plate.

After Rutschman broke through against Berríos with a two-run homer, Mountcastle’s homer marked the last run against the Blue Jays starter. Berríos allowed three runs on three hits with eight strikeouts in seven innings, a strong display that built off his previous two deep starts.

The issue has largely been with the placement of his offspeed pitches, and it struck again with Teoscar Hernández at the plate in the third. Zimmermann left a sinker around thigh-height in the middle of the zone, and Hernández leveled the pitch an estimated 461 feet. Two batters later, Matt Chapman crushed a slider left low in the zone for another two-run bomb.

Both shots were preceded by soft singles, the kind of bloop-and-blast situation that can derail even the best of pitchers. Zimmermann started the season in fine form, but his most recent seven outings have featured a bevy of long balls against him without an end in sight.

He’s tinkered with his set and windup, hoping an alteration of where his hands begin will reduce the risk of pitch tipping while also leading to a return of some control. But it didn’t work Wednesday, even as his changeup drew six whiffs — the best it has looked in some time.

Zimmermann avoided a loss on his record, though, because of the late-inning burst from Baltimore’s offense and the strong bullpen display behind him. For the Orioles, however, it’s another worrisome outing from a starter, the kind of off-kilter display that has become too commonplace of late.

>> The Orioles designated left-hander Zac Lowther for assignment Wednesday and claimed infielder Jonathan Araúz off waivers from the Boston Red Sox before optioning him to Triple-A Norfolk. With the move, Baltimore gained middle infield depth.

>> Right-hander Joey Krehbiel threw off the mound Wednesday for the second time since his injured list designation for shoulder inflammation. On Monday, he tossed 15 fastballs. On Wednesday, he upped the count to 25 to 30 and threw all of his pitches. He’s on schedule to be activated Saturday.

>> First baseman Trey Mancini’s swelling has reduced in his hand and he could be available off the bench Thursday.