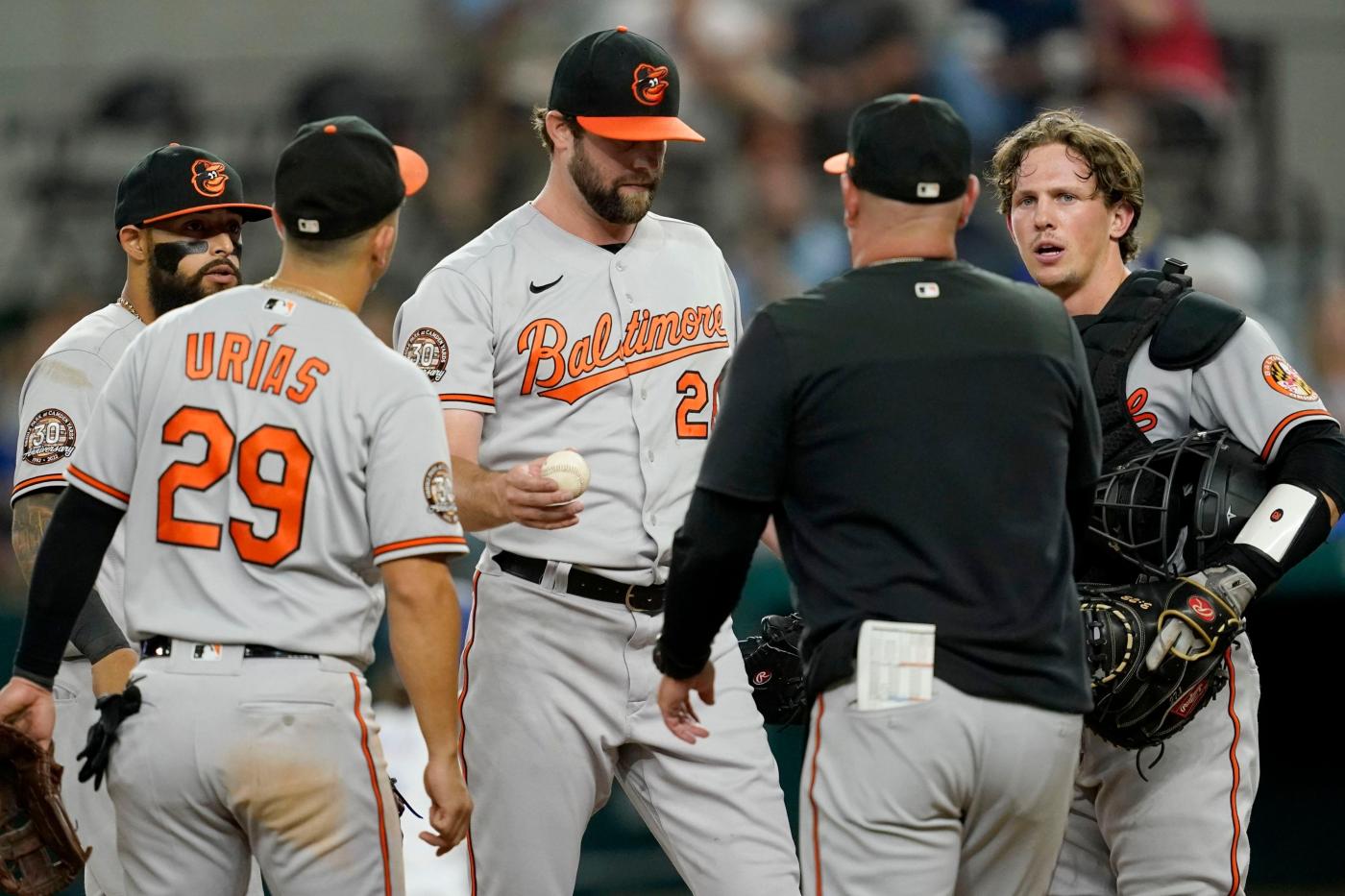 The Orioles, manager Brandon Hyde said, did not do enough to prevent what this year’s Major League Baseball trade deadline brought them, or rather, what it took from them.

They traded a fan favorite for two pitching prospects and an All-Star for four more. Their biggest major league addition, holding that status because he was their only one, was a light-hitting fielder let go by a team they’re chasing in the American League wild-card standings.

It seemed possible it would be this deadline, with an Orioles team above .500 and in reach of postseason spot adding players who could benefit them in the coming two months, next season and possibly beyond. Instead, they traded away first baseman Trey Mancini and closer Jorge López while sending cash to the Tampa Bay Rays for outfielder Brett Phillips.

Theoretically, it could have been worse. They retained veteran starter Jordan Lyles, outfielder Anthony Santander and all other possible trade candidates. But beyond bringing in a bench piece in Phillips, the front office did nothing to add to a team that ended the day 1 1/2 games out of a playoff spot.

“The bottom line is this is an organization for which we feel a window — a championship window — is opening,” Elias said Monday. “And we have an opportunity to seek players at this point in time that may contribute to that window and the pursuit of multiple playoff appearances over the next several years here in Baltimore.”

Only one of the six minor league arms Baltimore added in this week’s trades have pitched above High-A. These moves, evidently, are about the organization’s long-term future, rather than a potential postseason run this year or next.

In dealing away two keys pieces as the major league portion of this rebuild finally seemed to be paying off, the Orioles’ front office sent a signal about how little a possible third wild-card spot means to it, even if entering the postseason at all creates the possibility of going deeper than that.

“I think we’ve got a good team still, but yeah, it’s gonna be a tough battle from here losing those guys,” first baseman Ryan Mountcastle said. “But I think we’re up for the challenge and hopefully we can make a push still.”

They are still in fourth place in their division. They must hop two teams to secure a playoff spot. They are largely inexperienced, becoming more so after losing Mancini and López.

But even if Elias and Co. find a playoff berth unlikely, those in the Orioles’ clubhouse plan to still pursue it.

“We’re still gonna go out and try to win ballgames,” reliever Joey Krehbiel said, “just like we were the last however many games.”

Added Hyde: “I don’t think our guys are gonna back down.”

The past two games have displayed that, with the Orioles (53-51) beating up on a losing Texas Rangers team. Adley Rutschman, the 2019 first overall pick who since has served as the face of Baltimore’s rebuild, has laced doubles around the field. Terrin Vavra, a freshly recalled one-time trade acquisition, reached base four times in Tuesday’s victory. As these next two months continue, Baltimore will likely make further additions from the pipeline Elias has built, one that received new armaments with this week’s trades.

Even after those future-centric moves, the focus is on the present for players left in the Orioles’ clubhouse.

“I don’t think I’ve seen any guys holding their heads down or mad or sad or pouting or anything like that,” Lyles said. “We keep showing up. We’ve got a good team still. We showcased that the last two nights.”