Orioles getting length from starters at much-needed point in season: ‘Hats off to everybody’ 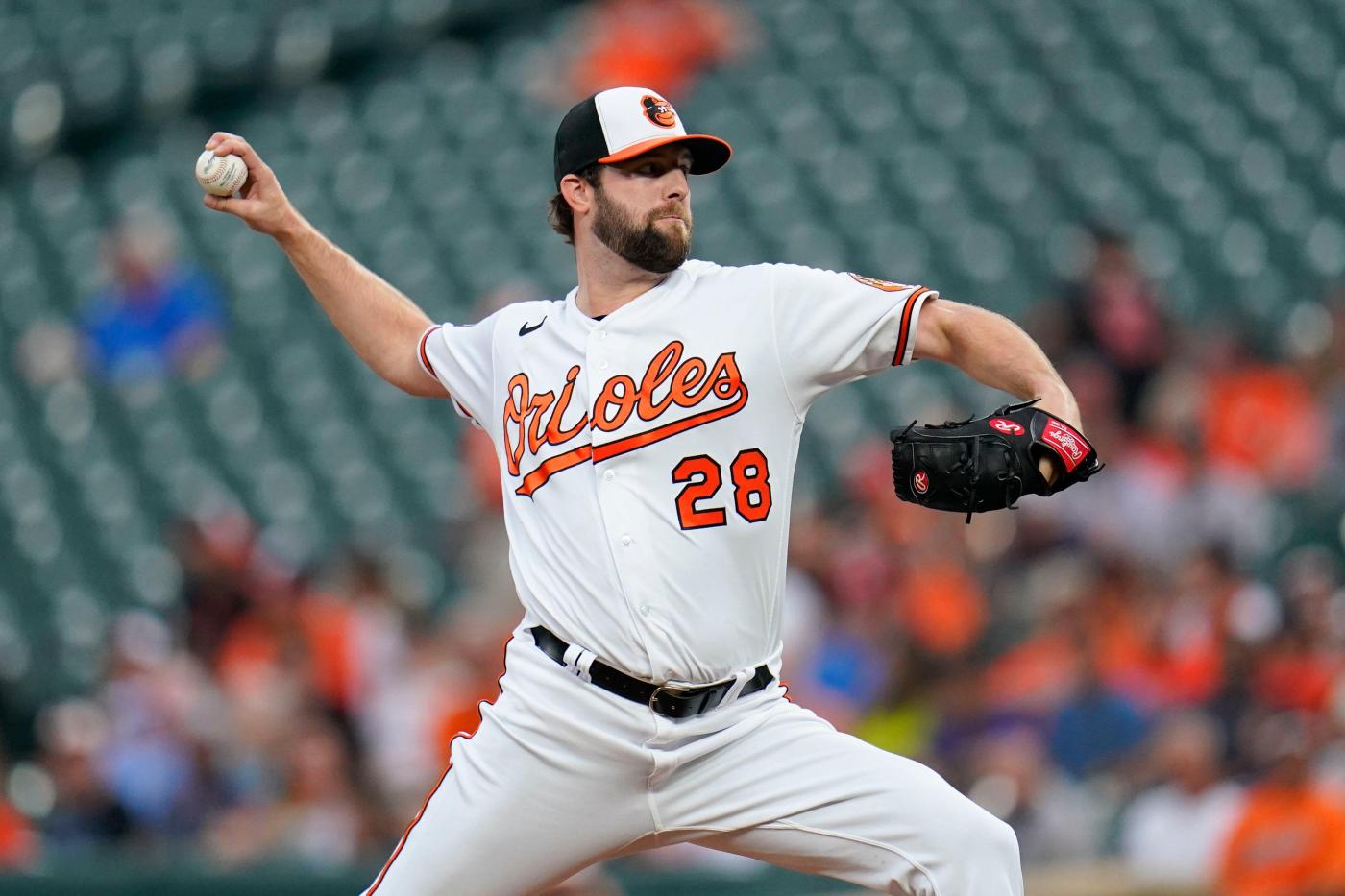 As Anthony Santander rounded second base after his third-inning home run Saturday, he waved out to the Orioles’ bullpen out behind a fence in left field, a tradition he’s adopted with the relievers not being in the dugout to celebrate with the rest of the team.

“I salute them,” Santander said through team interpreter Brandon Quinones, “because they’re also part of the team.”

Of late, that’s been the only way that group of pitchers has gotten involved in the games’ action that early. The Orioles’ starting rotation has been on an impressive run at a vital time of year, averaging more than six innings per start while posting a 2.25 ERA over the past 11 games.

In the first two contests of their road series against the Houston Astros, Kyle Bradish and Dean Kremer, neither older than 26, combined to allow one run over 15 2/3 innings, providing the second- and third-longest starts from an Oriole in manager Brandon Hyde’s four-season tenure. Add in veteran Jordan Lyles’ seven-inning start in a series-clinching victory against the Chicago White Sox, and the Orioles have three straights of at least that length since 2017.

“So impressed,” Hyde said. “Two deep starts from two guys that haven’t been in the big leagues very long and are showing so much improvement. That’s the biggest thing for me, is the improvement these guys are showing, the confidence, the trust in their stuff.

“You’re watching a couple of young guys really learn up at the big league level in a tight race and important games. It’s a lot of fun.”

As significant as those outings will be for the young starters’ future development, it’s perhaps more important for the weight it takes off a bullpen that has had to carry much of it as the Orioles have surprisingly marched to the cusp of a wild-card spot. They entered Saturday with the fourth-best relief ERA in the majors at 3.18, but they’ve thrown at least six games worth of innings more than any other team in the top six. The Astros, with the game’s best bullpen ERA, have required more than 100 fewer innings from their relievers than Baltimore has.

“Hats off to everybody, our pitching staff, what they’ve been able to do,” Hyde said before Saturday’s game. “Our starting rotation has done the best they possibly can. It’s only going to get better going forward with those young guys, and our bullpen guys have picked up a lot of tough innings out of the bullpen and done well this year.”

That relief excess is partly a byproduct of Baltimore playing close games with regularity. The Orioles have had seven straight games decided by two or fewer runs and 70 overall, the most in the American League. The circumstances have Hyde pushing his key relievers lately, rookie closer Félix Bautista in particular. His four-out save behind Kremer on Saturday marked his third multi-inning outing in six days.

“The bullpen’s carried us up until this point in the season,” Kremer said. “They need a break too sometimes.”

Baltimore lost ace John Means to Tommy John elbow reconstruction surgery two outings into the year, while top pitching prospects Grayson Rodriguez and DL Hall, who were both expected to be impact arms for Baltimore this season, have made one major league start between them. But a group of Bradish, Kremer, Spenser Watkins and Austin Voth — who are either getting their first extended major league opportunities or have generally struggled in previous stints — along with Lyles have continually kept the Orioles in games.

Pitching deep also generally means pitching well, at a time every game means a great deal to Baltimore’s playoff hopes. Neither Bradish nor Kremer had stepped foot on a major league mound in the eighth inning before this weekend. Doing so now might allow it to happen more frequently in the future.

“The more positive experience you can get, the better,” Kremer said. “It’ll help you in the long run. Of course, negative outcomes do happen. But instead of dwelling on them like we may have done in previous years, we’re learning from them and taking them step by step.”