Orioles give second-largest crowd of the season reason to roar, beating Pirates, 6-3, for fifth straight win – The Mercury News 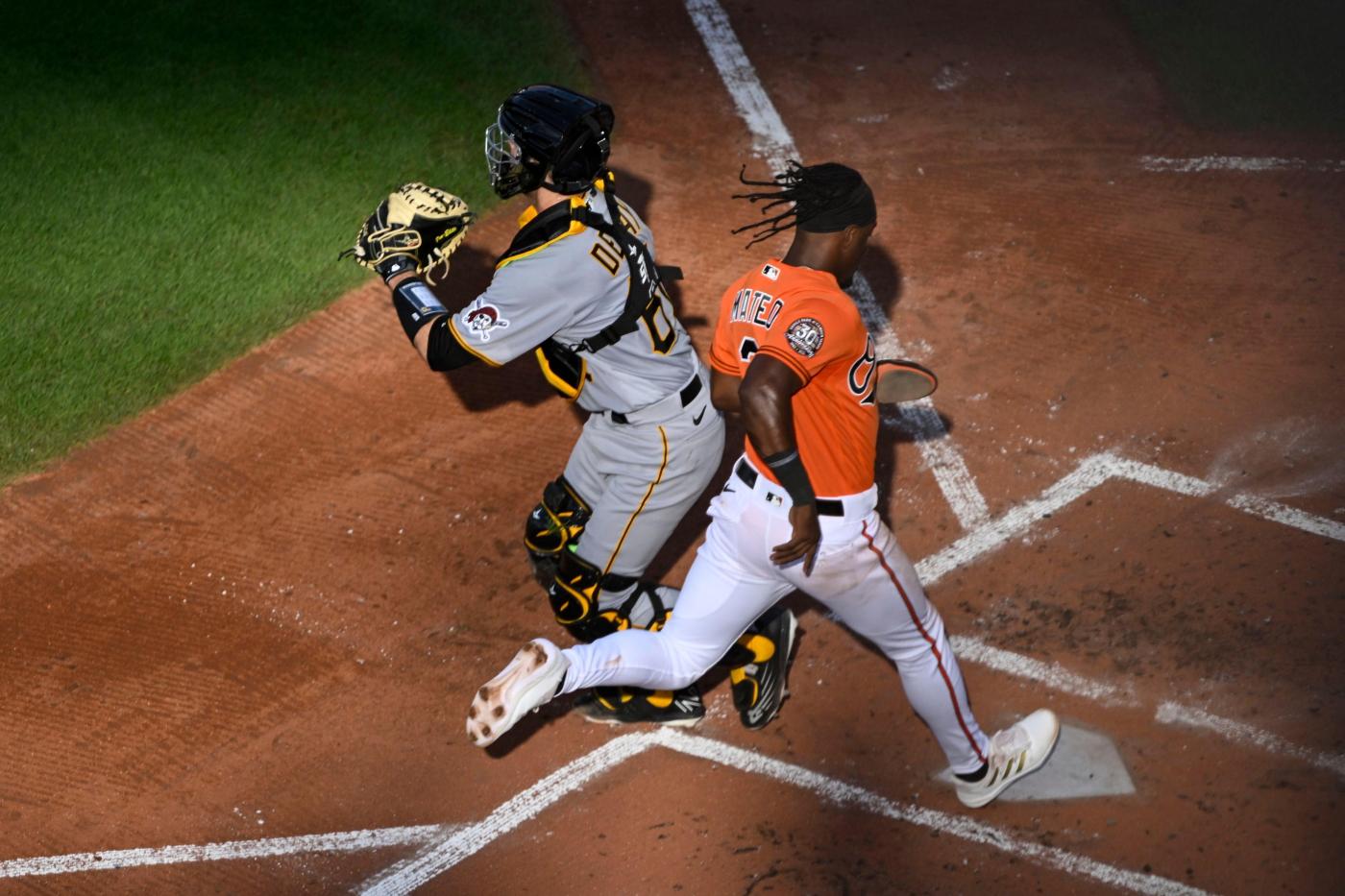 The wave that rolled around Oriole Park at Camden Yards in the seventh inning Saturday had real force to it. There were no gaps in the flow like there so often has been during Orioles games, only the rise and fall of one of the best crowds in Baltimore this season enjoying what would be their club’s fifth straight win.

That wave finally broke as outfielder Cedric Mullins sent a fly ball deep enough to score the Orioles’ sixth and final run in a commanding 6-3 victory over the Pittsburgh Pirates in front of 41,086 onlookers — the second-largest crowd this season next to Opening Day.

Excluding Opening Day crowds, the one that leapt to their feet throughout Saturday afternoon was the largest at Camden Yards since Sept. 23, 2017. It came in part to celebrate the 30th anniversary of the stadium, but also because the Orioles haven’t been this enticing since those pre-rebuild days.

As shortstop Jorge Mateo sprawled to his left to snare a would-be run-scoring hit — flipping it to Rougned Odor at second to start a double play in the eighth — that crowd rose in unison, arms raised. Moments later, the roar resumed when left-hander Nick Vespi struck out Pirates phenom Oneil Cruz to leave a runner stranded on third.

Those moments have been more regular this year than in past seasons, with the Orioles pushing to a season-high five games above .500 and ever-closer to a wild-card spot. But the reactions in the stands hardly ever reached the decibel levels it did so frequently Saturday.

For as meager as the offense was in Friday’s 1-0 win, that group wasted no time Saturday putting runs on the board against right-hander JT Brubaker. It came from a myriad of sources, too.

Terrin Vavra, a rookie who can’t stop getting on base, lofted an RBI single in the first inning. Shortstop Jorge Mateo and left fielder Brett Phillips drove in runs in the second. And while right-hander Austin Voth gave up a two-run homer to Cruz in the fourth, pinch hitter Ryan McKenna immediately reestablished a cushion in the fifth.

With McKenna’s two-out, two-run double into the left field corner, all 10 Orioles batters registered a hit — a lineup that produced from top to bottom, including three RBIs out of the ninth spot.

That more than covered for the three runs off Voth through five innings. And despite a reshuffle following the trade of closer Jorge López to the Twins on Tuesday, the bullpen held Pittsburgh scoreless without allowing a hit through the final four innings.

It all gave one of the largest crowds in years reason to stand up and shout again and again, appreciating a baseball team that has gripped Baltimore in fervor once more.