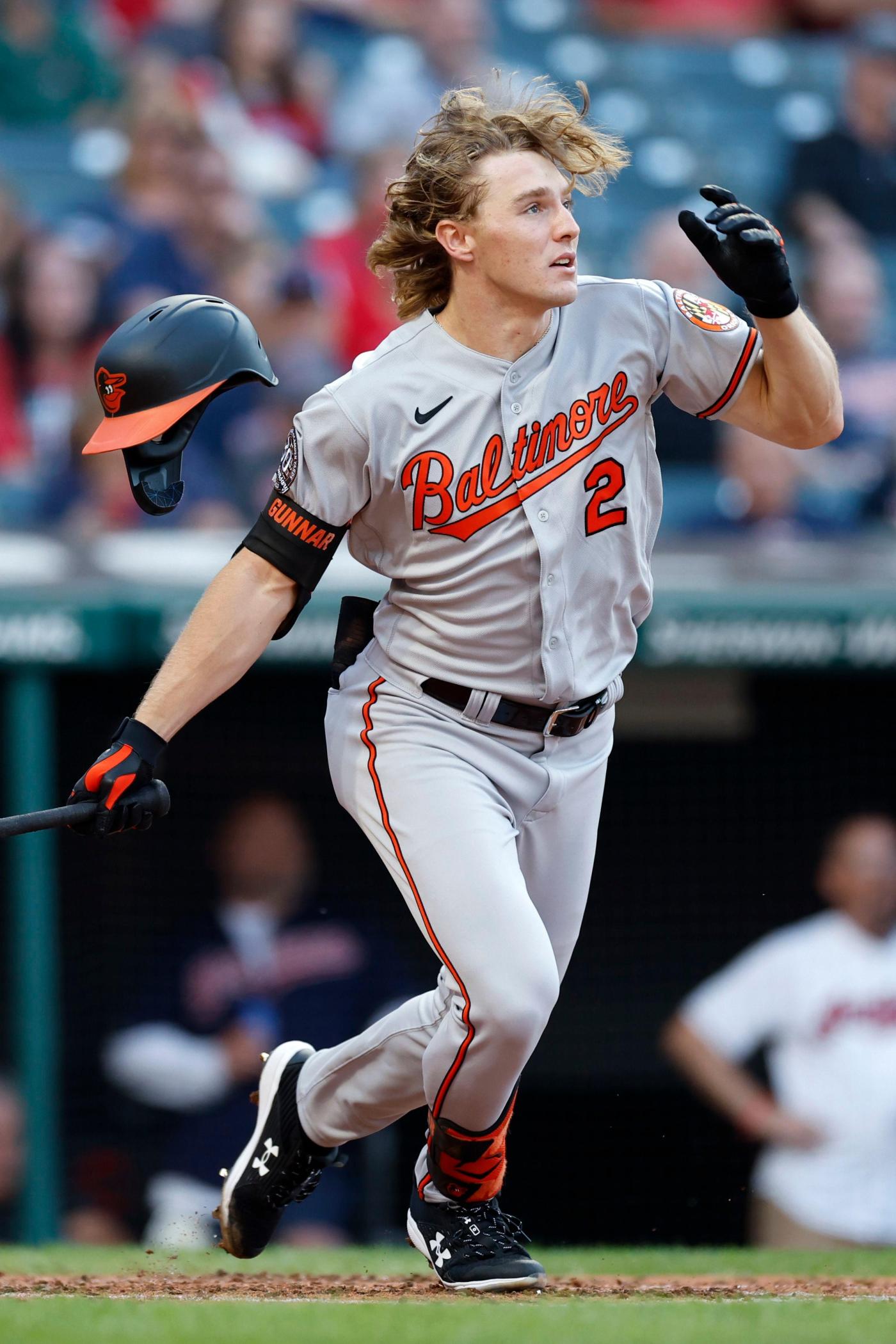 Gunnar Henderson’s golden hair bounced as the Orioles infielder floated around the bases in the fourth inning Wednesday night. His swing, so powerful his helmet slid off his head on his first step out of the batter’s box, left the piece of equipment laying near the first base line at Progressive Field, forgotten.

The ball was also long gone, but it won’t ever be forgotten.

Henderson, the top prospect in baseball, crushed his first major league home run 429 feet to right-center field in his second major league at-bat, meeting a slider with the vicious swing of a player who dominated minor league pitchers on a nightly basis. Cleveland Guardians right-hander Triston McKenzie was the latest to get beaten by the 21-year-old infielder, who hasn’t faced a pitcher younger than him in his past two seasons as a professional.

In the stands, jumping for joy, were Henderson’s parents, brothers, grandparents and girlfriend. In the dugout, there was just as much excitement. When Henderson crossed home plate and trotted toward the dugout, catcher Adley Rutschman — another top-ranked prospect who received a promotion this season — met him with the Orioles’ home run chain. Then he gave Henderson a hug, savoring an unforgettable moment.

The power Henderson exhibited with that swing is well documented in the minors, where the Selma, Alabama, native posted gaudy numbers. Between Double-A Bowie and Triple-A Norfolk, he held a .297 batting average and .947 OPS with 19 home runs, 79 walks and 116 strikeouts.

Before the game, which featured Henderson batting sixth and playing third base, manager Brandon Hyde said he wanted to “temper expectations” for the top prospect, as he does any young player. He noted how difficult the adjustment to the majors can be for players, especially when facing McKenzie, who owns a 3.17 ERA, and right-hander Shane Bieber, a two-time All-Star and 2020 Cy Young Award winner, in his first two games.

But for an offense that has scuffled of late — particularly among infielders — Henderson’s addition was a near-necessity, a way to rekindle life in a Baltimore club that finds itself in a playoff push, entering Wednesday three games back of the final American League wild-card spot.

But as Henderson made his way around the bases, batting helmet left behind, all eyes followed the youngest player on the field.