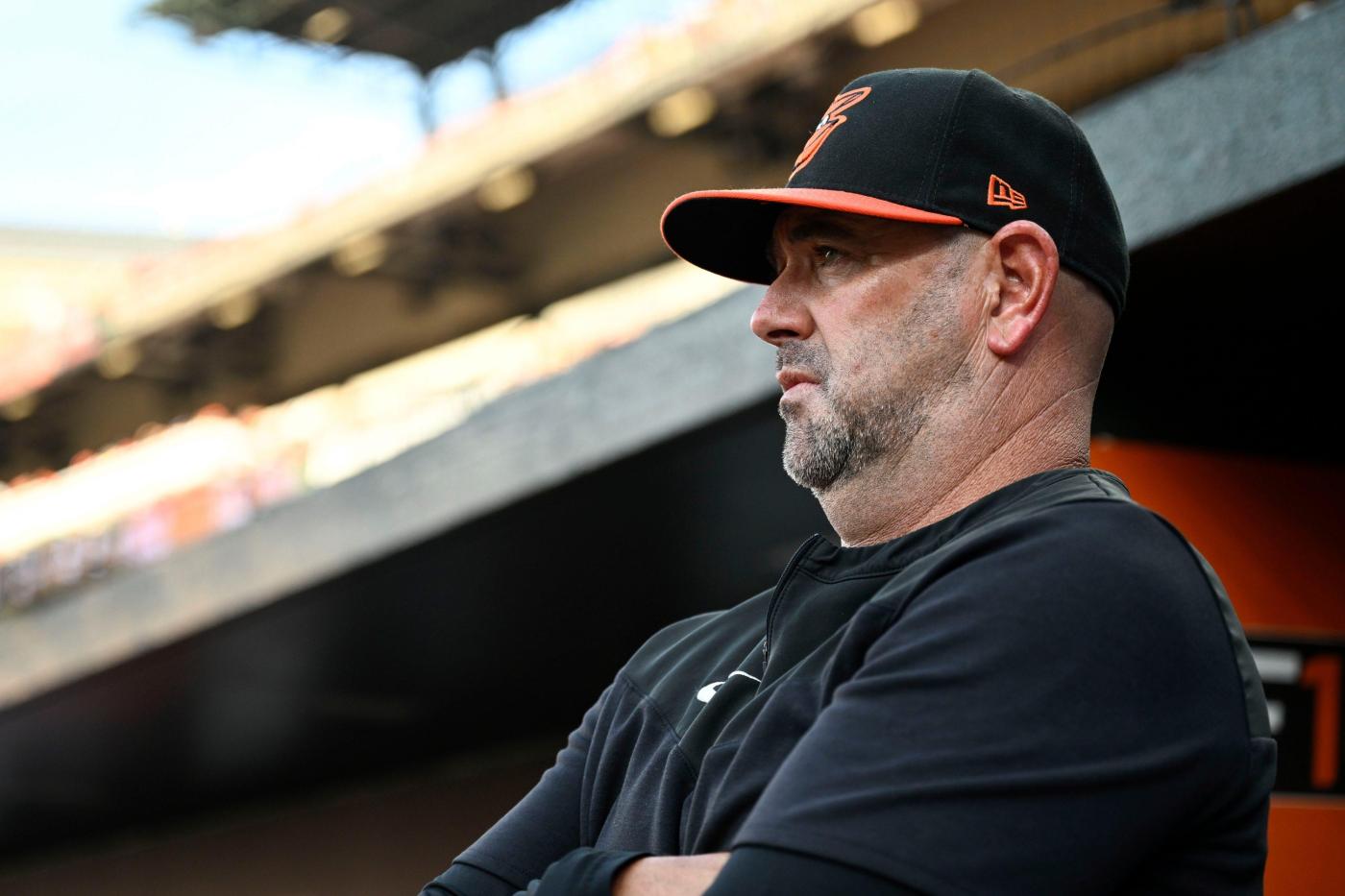 When Brandon Hyde whipped the hat off his head, it was almost as if he needed to let the steam out more easily. The Orioles manager had been primed on the top step of the dugout, waiting for a verdict on a play at the plate Sunday afternoon at Oriole Park at Camden Yards. And after a conference between umpires resulted in the decision to overturn the original decision, Hyde raced out for a heated conversation.

It all began with two outs in the seventh inning, with Pittsburgh Pirates outfielder Greg Allen on second base and infielder Kevin Newman batting. A sharply hit ground ball into the hole between third base and shortstop was knocked down by Jorge Mateo’s dive into the outfield grass, and when the ball skittered a few feet away, Allen rounded third and headed toward the plate.

Mateo’s throw home bounced twice before reaching catcher Robinson Chirinos, who had set up in front of the plate. The ball stuck in his glove, the tag was applied and Allen ran into him. The immediate reaction from Allen was to counter that Chirinos was blocking his path to the plate rather than allowing a lane for Allen.

While Allen was initially ruled out by home plate umpire Carlos Torres, the lengthy deliberation between umpires led to the reversal and Hyde’s ejection shortly thereafter. And once the Orioles retook the field, the Pirates quickly added on from there, scoring three more runs — including a two-run shot from third baseman Ke’Bryan Hayes — to cap a four-run inning and take an 8-1 lead.

It added to the four runs the Pirates scored off right-hander Spenser Watkins through his 5 1/3 innings as they look to avoid a series sweep and end the Orioles’ five-game winning streak.

Bench coach Fredi González became the Orioles’ acting manager with Hyde’s ejection. It marked Hyde’s third ejection of the season, the first coming April 21 in Oakland and the second on July 2 in Minnesota. It’s the Orioles manager’s ninth career ejection.

This article will be updated.